Up until a couple months ago I only knew actor Caleb Landry Jones as Banshee from X Men : First Class and the creepy brother of Allison Williams in Jordan Peele’s Get Out. I also thought that he was Irish for some strange reason. Turns out he’s from Garland, Texas, and besides being an amazing actor he’s a pretty out there musician and songwriter. Out there, like Syd Barrett and Hunk Dory-era Bowie out there.

On his debut album with Sacred Bones Records, the epic and psychotically jovial The Mother Stone, Jones plays ringmaster to the most tweaked out circus you’ve ever been to. Music ranging from psych pop to cabaret to late 2000s indie rock in the vein of Foxygen, Ariel Pink, and Of Montreal, Caleb Landry Jones carries us on an exotic, psychedelic musical journey. Imagine Sgt. Pepper, but not the regal one we all remember. Imagine a seedy, dark, and inappropriate version. Like the friend that laughs for all the wrong reasons. Welcome to The Mother Stone. 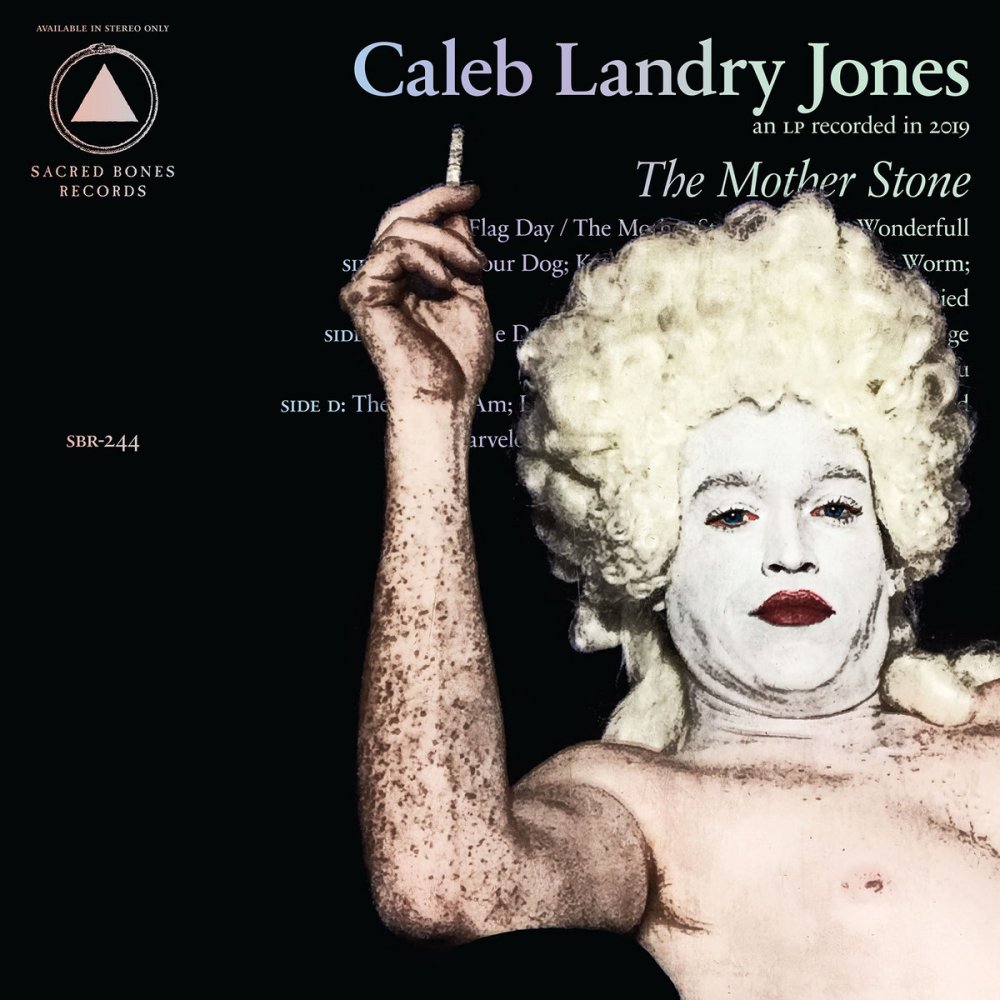 Opening track “Flag Day/The Mother Stone”, oddly enough, reminds me of Scott Weiland. In-particular, his sadly overlooked debut solo LP 12 Bar Blues. Blues stepped firmly away from the sound of Weiland’s main gig STP. Instead he delved into his love of early Bowie, art rock, and the majesty of Beatles’ later years. The results were an odd and quite inspired collection of tracks. “Flag Day/The Mother Stone” captures that spirit. It puts me in mind of the track “Lady, Your Roof Brings Me Down”. It’s not what I would’ve expected from the actor that played Banshee, and I love that. “You’re So Wonderful” continues that joyous madness, with Oom-pah music revelry and touches of glam rock. Jones’ voice sounds a bit like Sean Lennon, and he revels in Lennon’s spirited musicality.

Elsewhere Caleb Landry Jones locks into The Madcap Laughs vibes on “Licking The Dog”. Lyrically he’s morbidly poetic and inquisitively absurdist, though the lyrics are second to the densely-layered production, bringing to mind someone like George Martin’s rich production. Strings, piano, guitar, and bombastic drums coalesce beautifully into a technicolor production. “I Want To Love You” is a drizzle-y ballad coated in both 1950s pop tradition and Bob Ezrin productions from the 70s. There’s definitely some Welcome To My Nightmare vibes here. In comparison to the equally maudlin but decidedly more morose “Little Planet Pig”, which acts as a bit of a return to the album’s opening themes, The Mother Stone feels very much like a journey record. Madcap, bi-polar, manic, and beautiful in the center of it all.

The Mother Stone is an hour’s journey into regal madness. A psychedelic pop journey into the heart and mind of Caleb Landry Jones. A humid, seedy musical world where things are always morphing and changing before your eyes. Always suspect, and equally as engaging.