Loving the new @tameimpala . Link in bio.
And now for something completely different.
Wallet size, 4x5. Pictures in a desk drawer.
Treasures found in the air ducts. New furnace, figured an air duct cleaning was in order since in 23 years we’ve never done it. I wonder if that Trident gum is orange-flavored?
New @wildnothing is another stunner. Get it today via @capturedtracks. Review link in bio.
A few thoughts on @stevevaihimself guitar masterpiece ‘Passion and Warfare’, 30 years old this May. Damn, I’m old.

Blanck Mass, aka Benjamin John Power, makes music in extremes. From his debut self-titled in 2011 to his Sacred Bones Records debut Dumb Flesh in 2015 to 2017s World Eater, Power’s music world is loud, visceral, and not for the faint of ear. Blanck Mass’ sound is industrial, with EDM, drone, and ambient mixed in for good measure. You can hear bits of everything from Ministry and Skinny Puppy to Aphex Twin and Mogwai on a Blanck Mass record. But there’s also cinematic touches, apparent in the quieter moments on his albums. Power builds musical worlds on his records, and everything on it has a purpose.

On Blanck Mass’ latest, the propulsive and intense Animated Violence Mild, Power pushes the sound to its most extreme, creating a dance record that sounds created out of grinding metal, shattered glass, and EDM gone dark.

I came to Blanck Mass late. I was aware of Power’s other project, the drone/electronic duo F*** Buttons with Andrew Hung, but it wasn’t until 2015s Blanck Mass Presents – The Strange Colour of Your Body’s Tears Re-Score that I truly took notice. That album was a reimagined soundtrack to the 2013 Giallo film which only had reused songs from older Giallo films. Benjamin John Power had several artists from around the world score different scenes of the film and the record was released by Death Waltz Originals. It was a mesmerizing record, and how Power pulled it all together was genius. From there I was all in with Blanck Mass.

Here’s what Benjamin John Power had to say about Animated Violence Mild:

Animated Violence Mild was written throughout 2018, at Blanck Mass’ studio outside of Edinburgh. These eight tracks are the diary of a year of work steeped in honing craft, self-discovery, and grief – the latter of which reared its head at the final hurdle of producing this record and created a whole separate narrative: grief, both for what I have lost personally, but also in a global sense, for what we as a species have lost and handed over to our blood-sucking counterpart, consumerism, only to be ravaged by it.

Animated Violence Mild is a big sounding record. “Death Drop” is a huge, loud, and extravagant song. Massive drums, huge synths, and distorted vocals give the song an urgency. Part modern electronic with bits of classic industrial. “House Vs. House” is all old school acid house. Big beats and hip hop vibes coalesce with Power’s pop sensibilities. “Love Is A Parasite” is big and bold, bringing to mind Power’s other band. Blanck Mass seems to be channeling OPN here as well, sharing in Lopatin’s love of genre defying. Both OPN and Blanck Mass have done their fair share of pushing electronic music forward. 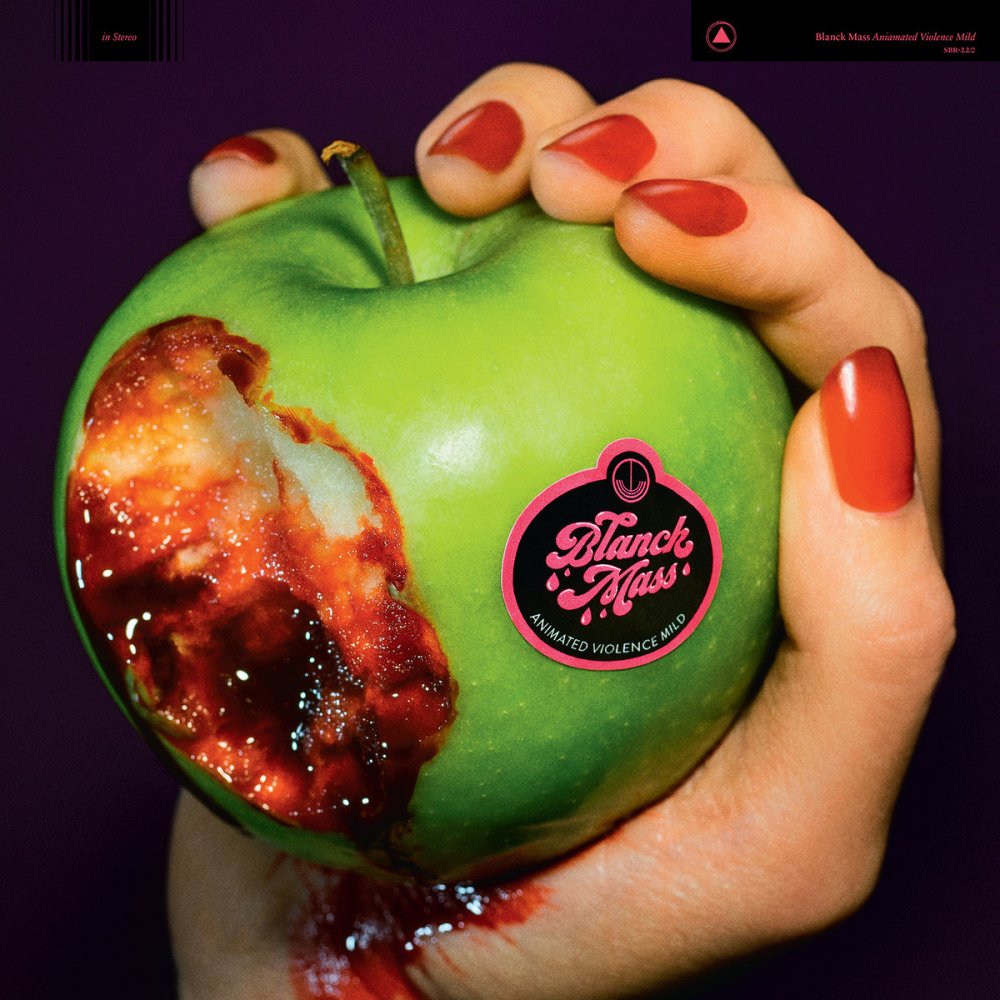 Elsewhere “Creature/West Fuqua” has a futuristic/dystopian psychedelic vibe going. Distorted ambient, if you will. “No Dice” has a more laid back groove, while album closer “Wings of Hate” soars beautifully. Blanck Mass knows how to make a big, triumphant track and this fits the bill.

Benjamin John Power continues to develop and evolve his work in Blanck Mass. With Animated Violence Mild that forward motion continues, giving us the best Blanck Mass album yet.