There’s always been something about James Murphy that I’ve been drawn to. Ever since I bought LCD Soundsystem’s Sound Of Silver on a whim back in 2007 I’ve 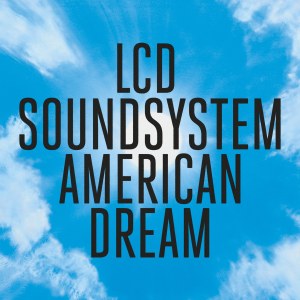 been enamored with the guy. Maybe because he’s close to my age. Maybe because he’s a middle-aged guy acting like a middle-aged guy. He’s not posturing the dude-isms of a 25-year old and acting like a malcontent every chance he gets. His passsions seem to lie in vintage synths, coffee, early 70s electronic music, and David Bowie. How can I not feel that on some level James Murphy is my soulmate? Or at the very least someone I’d love to have a cup of coffee with and talk NEU! and Conny Plank.

When LCD Soundsystem called it quits back in 2011 I was sad, for sure. To my ears Murphy and his band seemed to have more to give to the world. This Is Happening was both a glorious record and a melancholy one. There seemed to be a hint of “where do we go next?” going on, and apparently Murphy felt it was time to move on. Their farewell show at Madison Square Garden was a beautiful eulogy for a band still very much alive but not sure where to go. The band went their separate ways and James Murphy took a shot at producing other artists. What he realized was that he didn’t like producing other artists, just him and all his friends. So just like that LCD Soundsystem rose from the ashes of retirement and have returned better than ever. American Dream is the best album James Murphy and friends have made. It’s still steeped in the fun dance punk of their self-titled and the self-aware cynicism of Sound Of Silver. But this time it feels that there’s absolutely no question as to where LCD Soundsystem are going.

“Oh Baby” opens the album on sweetly dreamy note. This song puts me in mind of Suicide’s sweeter moments. Vega and Rev could definitely create tension and anxiety like the best of ’em, but when he wanted to Alan Vega could sound sweet and sincere. “Oh Baby” is the sweeter side of Suicide, with a hint of early Kraftwerk. “Other Voices” is primo LCD. Groovy as hell with Murphy proselytizing from the pulpit of dance rock, it’s a song you won’t be able to keep still through. Nancy Whang jumps in for a verse or two as well. “Change Yr Mind” seethes with Berlin Trilogy-era Bowie. There’s some serious Low vibes going on here. With the guitar squalls, Murphy’s vocal delivery, and the heavy lean on bass this track feels like some sort of musical exorcism. “How Do You Sleep?” is the darkest I think LCD Soundsystem has ever gotten. Tribal drums, vocals sounding as if they’re coming from some endless void, and languid-sounding buzzes and bleeps make for some seriously grim vibes. Imagine Joy Division and Bauhaus trying to outdo each other in their melancholy prime. That would be this epic slow burner.

When the initial singles “American Dream” and “Call The Police” were released I remember feeling a little underwhelmed. They were decent songs, but not “back from the dead” kind of songs. Then “Tonite” was released and all was forgiven. In the context of the rest of the album they fit in quite nicely as these more shinier, upbeat songs. But “Tonite”, that’s just classic, funky LCD Soundsystem. It’s pure giddy dance fun. I hear that song(and watch the video) and I’m reminded of Prince and the Revolution. Maybe that’s a crazy comparison, but I think there’s something to be said for Murphy’s ability to lead a group of great musicians into funky, wonky musical territory.

I once had an emotional haircut. It was a few years ago when I realized I shouldn’t grow my hair out long, what with me being a man of follicle issues. I wish it had been as fun and punky as LCDs “Emotional Haircut”, but alas it was just sorta sad.

“Black Screen” is the epic ending to an epic new beginning. It’s quiet, dense, and hums with tube-driven emotion. I’m not sure James Murphy has ever written a song so subtle and vast as this 12-minute opus. There’s a melancholy feel as the song fades with a pulsating synth and distant piano chimes. Goodbye, cruel world.

Most of these “we’re retiring, goodbye….hey, we’re back!” shenanigans usually end up with the majority consensus being they should’ve stayed retired(I’m looking at you, Pixies.) But LCD Soundsystem breaks the mold as far as comebacks go. Murphy closed the door too soon on his band of electronic misfits, and I think he knew that the day after his retirement party at MSG. I’m glad he can admit when he’s wrong, because American Dream is a beautiful reunion for them and us. And us and them.