A French Canadian synth band from Montreal. I’m not sure how to describe their music other than to say it’s a boisterously uplifting kind of electronic. It’s techno, heavy synth, house, and just plain hard-driving music. It’s what you’d have playing as you’re cruising the digital world in your Tron light cycle. It’s 100 mph music as you cruise along the Autobahn. I see lots of neon, flashing lights, and people wearing chrome suits touching inappropriately in the back of gravity-free interstellar night clubs. That’s the vibe I get when I listen to Le Matos.

I first became aware of Le Matos when I picked up their soundtrack to the great little indie sci-fi throwback film Turbo Kid early last year. I ended up watching the movie with my son and we were instantly fans(and yes, I may have had a crush on the wonderful Apple.) That movie made me feel like a kid all over again, bringing to mind so many movies from the 80s I loved and watched over and over(Explorers, Goonies, The Last Starfighter, Karate Kid, Krull, etc, etc.) Though many of those films weren’t similar in story line, they all were about outcasts that stand up for themselves against bullies, aliens, monsters, and just plain bad dudes. There was also the endearing love story between Turbo Kid and Apple that made me think of, oddly, Wes Craven’s Deadly Friend. For a film that was so severely panned the love story in that movie really struck a chord with me(I’d love to see Craven’s original edit of the film, before WB executives had him destroy it.)

Anyways, the soundtrack for Turbo Kid by Le Matos was amazing. Such a great 80s synth-inspired musical work. It totally captured that 80s synth sound. That brazen and vast sound that brings to mind post-apocalyptic expanse and a sort of broken world wildness. Dark grey horizons and scorched earth hopelessness that the music works to build some kind of drive for the characters to survive despite the world seemingly coming to an end. Around a month ago I grabbed their debut record, Join Us, courtesy of the fine folks at Death Waltz/Mondo. It’s yet another brash and exemplary musical statement by the Montreal band that makes you want to groove and lose your mind in their beats and synth explorations.

I think what I love so much about Le Matos’ songs are that they’re long. Really long. They’re long so you have time to get sucked into their musical worlds. “King’s Filth” and “Interceptor” take up the whole of side A and they’re absolutely stunning. I imagine traveling at the speed of light through space as these tracks play. Produced exquisitely by the band which is composed of Jean-Nicolas Leupi, Jean-Philippe Bernier, and Maxime Dumesnil, the drums and synths pop and crackle with life throughout. You could be just as enthralled listening to this on the dance floor or riding through the bitter wasteland of a crumbling planet. “Overdog” and “58 Minutes Pour Vivre” fill out side b, and it almost sounds like there’s a sample from Terry Gilliam’s 12 Monkeys in “58 Minutes Pour Vivre”, but I could be mistaken. Whether it is or not, it’s a hell of a track. Side C has a great collaboration with Electric Youth on the song “Light Again”. Le Matos worked with Pawws on the Turbo Kid S/T with the track “No Tomorrow”, giving us a wonderful slice of 80s synth pop. With Electric Youth they do the same, as “Light Again” is a hell of a track(check out Electric Youth’s track on the Drive S/T, “A Real Hero”…it’s a keeper.) Side D closes the album out with the tracks “Sarah”, “The Stuff”, and “La Mer Des Possibilities” and they’re standouts, all of them.

I can’t recommend Le Matos enough. Unlike a lot of electronic music, there’s a definitive beating heart in the center of all the analog commotion. These guys drop names like Vangelis, John Carpenter, Goblin, and Tangerine Dream as influences and drives for them to make music. Those names and echoes of their art certainly haunt Join Us, but in more of a Casper The Friendly Ghost sort of way, or The Ghost and Mrs. Muir sort of way. Not like an Insidious or The Conjuring kind of way. They seem to be an integral seasoning in the Le Matos stew, but not enough to make you think there’s too much.

Join Us is an outstanding album that will make your groovy side very happy, as well as your nerdy sci-fi side equally thrilled. 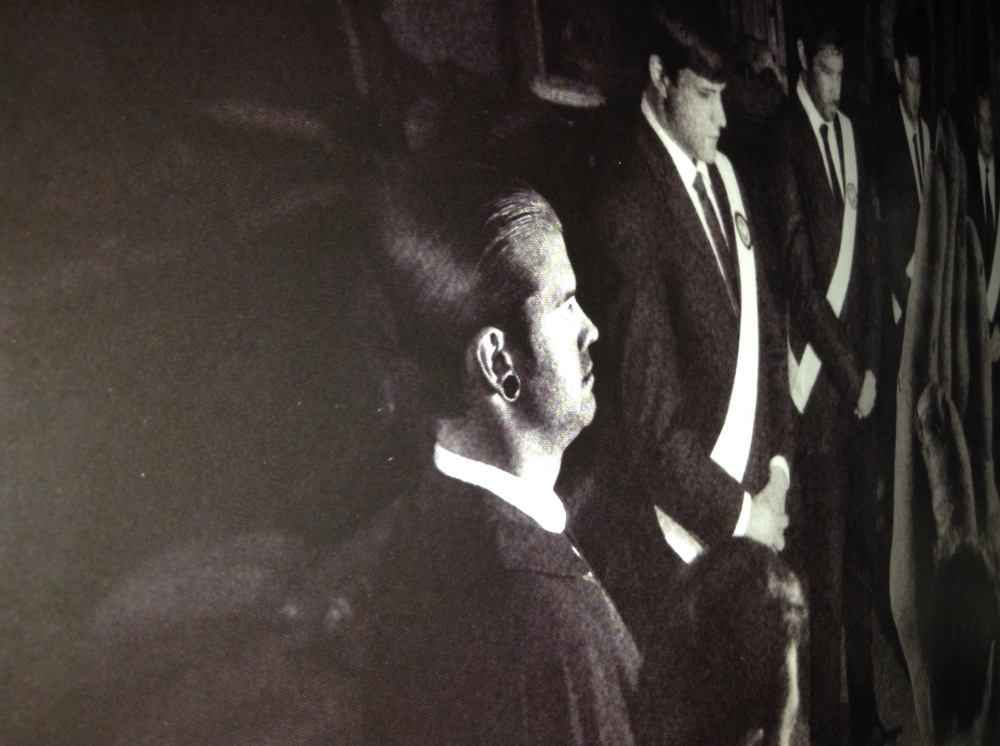 6 thoughts on “King’s Filth and Other Love Songs”