When I was a kid Stephen King was a huge part of my adolescence. I had a King library at my disposal located in my mom and dad’s closet. Tucked away in the top shelf next to dad’s dress shoes and boxes of ancient Polaroids and Instamatic photos was a collection of tattered old paperbacks. My dad was an avid reader of many things, and Stephen King was one of them. I can remember seeing my dad come home from work and as he unpacked his lunch box he’d usually pull out a beat up copy of Skeleton Crew, Different Seasons, Cujo, or Salem’s Lot. Until King dropped a new novel my dad would revisit old ones, hence the “tattered” aspect of these books.

My first King book was Cujo. I remember thinking how much better and darker the book was than the movie once I finished it. This would be a trend with King’s novels when compared to the film adaptations. I even did my 7th grade book report on Cujo, creating a three dimensional movie poster. I had the titular Saint Bernard’s muzzle sticking out from the poster board made of construction paper, complete with painted blood and gore.

From there I would visit those beat up paperbacks in the closet library often, spending many study halls and Friday nights entranced in King’s New England nightmares.

One other person that I’m sure fell hard for King and his tales was Rupert Lally. His new album, Where The Dark Speaks, are songs inspired by some of the most famous spots in the Stephen King universe. Songs as dread-inducing as the places they’re made for. Portals into a New England that only Stephen King could create, brought to musical life in only a way that Rupert Lally could do it. 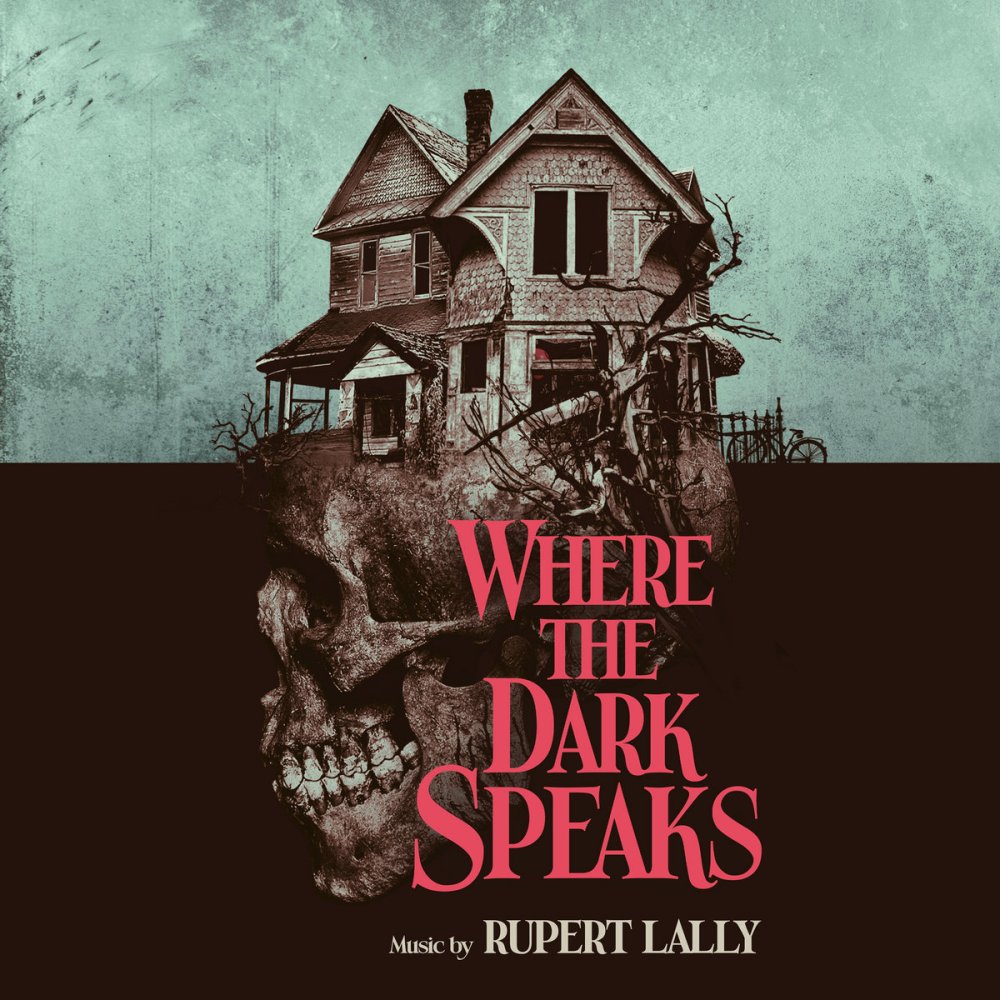 If ever I needed a score for the world of The Overlook Hotel from The Shining, I think Rupert Lally has me covered. Same with The Marsten House from Salem’s Lot, or Tarker’s Mills from Cycle of the Werewolf. Each has its own specific vibe distinct from the other, just like those places in King’s mind and imagination.

From the trip hop beats and droning synths of”The Marsten House” to the Tangerine Dream-esque synthesizers of “The Shop” to the child-like bells and misfit toys feel of “Derry”, Lally captures the vivid and visceral worlds he’s putting to music.

He takes us on a journey both classic and contemporary. The years spanned on this musical kaleidoscope range from 1975 to 2019. “Haven” takes us into The Tommyknockers world, delving into swaths of chunky synths and voice. “Roof O’The World” captures the tension and melancholy of Doctor Sleep, giving chills with its dark beauty. “The Institute” captures its namesakes forlorn nature with a sparse, skeletal rhythm and lean electro melody.

Rupert Lally admits to not knowing much about King’s home state of Maine, where the vast majority of his homespun horror exists. And his idea of America was shaped more on Hollywood back lots and sound stages watching shows as a kid(that’s actually true of a lot of American kids as well), but he says he knows the worlds of Derry, Castle Rock, and Salem’s Lot as if they exist just down the road. He knows them through King’s eyes and imaginative Gothic storytelling.

It’s apparent he knows them, given that Where The Dark Speaks captures the vibes and black hearts of these places so eloquently and with such conviction. Rupert Lally has created the next best thing to those beat up old paperbacks. I’m sure Stephen King would approve.

Where The Dark Speaks will be released 10/31 via Spun Out Of Control. Preorder the album here.