Sometimes all the day requires is a little shot of music sunshine. A bright spot to lighten up what feels like a perpetually dark day, and unfortunately those darker moments tend to pop up more than usual as of late. So if you need to shine a little light on your grimly shaded frame of mind, I suggest you put Things That We Should Fear by Nevergrand in your ears.

Hitting play on this exquisitely funky and exuberant album will instantly switch the darkness to light. It’s the soulful keys and vocals project of composer Jan Borré. Borré enlists singer Steve Kashala to give his songs just the right amount of R&B magic, making this LP the bright spot in anyone’s day. 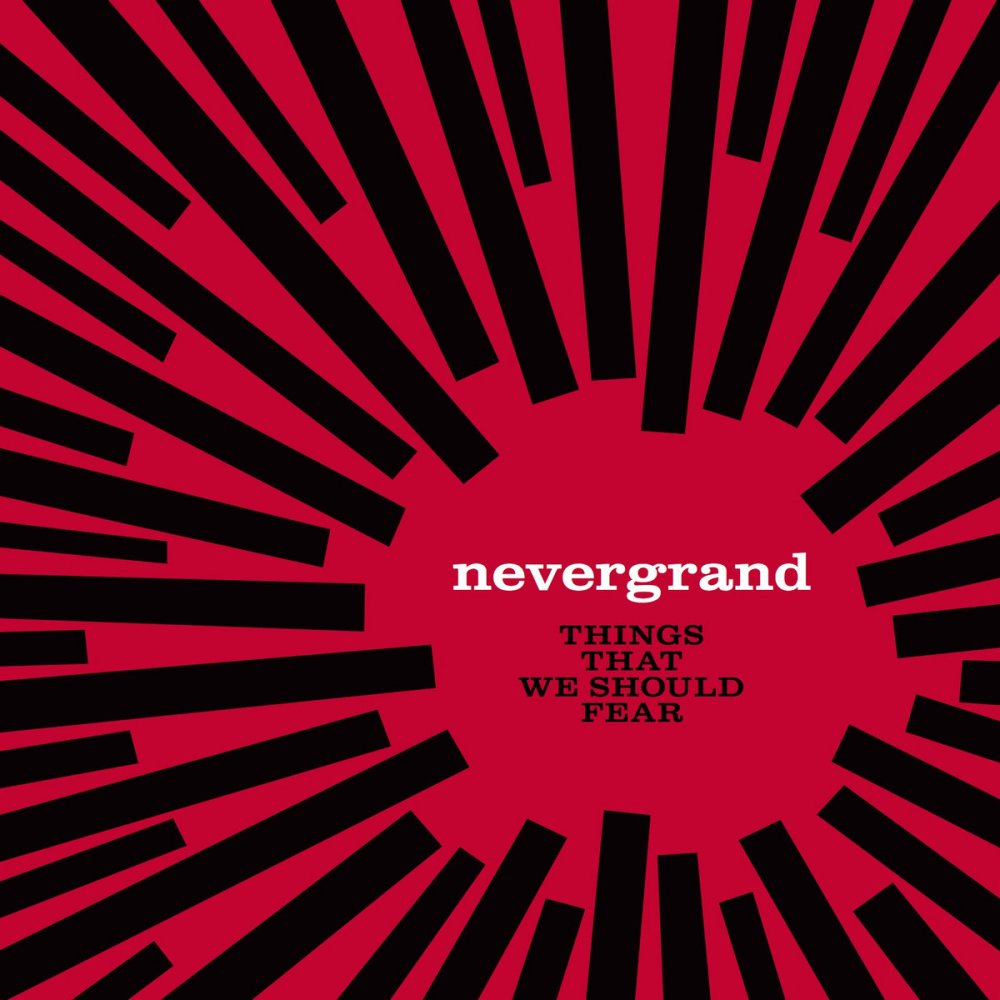 Things That We Should Fear is the debut release of new label Spun Out Sounds(sister label to Spun Out Of Control), and it seems they’re off to a grand start. Nevergrand reaches back to the late 60s/early 70s pop and funk sounds of Stevie Wonder, the Jackson 5, Al Green, and Sly and the Family Stone. While bringing to mind the thoughtful and prolific work of Stevie Wonder, Jan Borré and Steve Kashala go far to create something completely unique and their own. Mixing the soulful vocals, electric piano, and electro boogie rhythms with an almost future-pop vibe. Nevergrand is the sound of future funk. Or space soul pop. Whatever you want to call it, it’s damn good.

You can’t help but compare Steve Kashala to the great Stevie Wonder. He just locks into that 70s soulful magic and never lets up. “All My Time” is the most cinematic and grand-sounding track on the album, eliciting a kind of “Bond Theme” drama to it before the Wurlitzer kicks in and Kashala brings the drama back to earth. There’s touches of Black and White-era Michael Jackson in the vocal delivery as Borré adds ethereal sonic touches to the song. It’s a hell of a way to bring you in, that’s for sure. “Half Way To Berlin” comes in with a tight rhythm and jaunty piano. Breezy and in-your-face. “The Books That Bring Me” sounds like Marc Moulin’s Placebo reworked for Janelle Monáe. “Mighty Wizard” is just absolute funk reverie. Gorgeous vocals, jaunty piano, and just the right amount of “Sir Duke” magic between the lines to get your head bopping.

Even in Jan Borré’ film score work(Where The Skin Lies) and his more electronic work(like his excellent 2019 imagined soundtrack album Grayson), there’s a feeling of motion and rhythm. He’s merely applying that to more straight up pop realms. Things That We Should Fear isn’t so much a stretch,  but merely an extension of his sonic world. Borré, along with Kashala, mix the dense film score work with pop realms brilliantly in a track like “The Storm”. Or album closer “Ablaze”, which almost goes into Radiohead territory before locking into a dance floor groove.

The joy of creativity and getting bodies moving is at the heart of Nevergrand’s Things That We Should Fear. Jan Borré and Steve Kashala have made a record that feels both classic and out of this world. New world funk combined with dense sonic touches makes for a riveting and hypnotic album.

‘Things That We Should Fear’ is out 9/4/20 with Spun Out Sounds. Preorder it here.