Songwriter Jeffrey Silverstein connects to the Pacific Northwest on a very deep level. His adopted home spoke to him so deeply that he made his debut solo album You Become The Mountain as if speaking for the landscape of Portland. The album acts as a conduit to his surroundings. Listening to the record you can almost feel the ocean air hitting you as songs like “A Dog’s Age”, “Antelope Canyon”, and “Return To Roses” play. It’s an album born from nature, inspiration, and connecting on a spiritual level with the world around you.

Silverstein mixes swaths of dusty guitar, pedal steel, and bass into a swirl of sound that’s part Nebraska-era Springsteen and Ry Cooder’s Paris, Texas score. The album is like an impressionistic painting that shifts its focus with each listen. It’s a journey sort of album.

I recently spoke with Jeffrey Silverstein about the album, his writing process, and the inspiration behind it.

J. Hubner: Tell me the process you went thru making your new album ‘You Become the Mountain’. What were some inspirations; people, places, and things?

Jeffrey Silverstein: Making records, running, and meditation have become powerful tools that help me understand myself and others. Even though it’s my first ‘solo’ LP, this record is about collaboration. The physical space where I write and record is critical to me so once I connected with Ryan Oxford at The Center here in Portland I knew that’s where I’d make YBTM. With the support of Barry Walker Jr (pedal steel) and Alex Chapman (bass), my foundation was strong. This was inspiring – having musicians I looked up to in many ways get excited about my ideas allowed me to dust off my bandleader skills quickly. 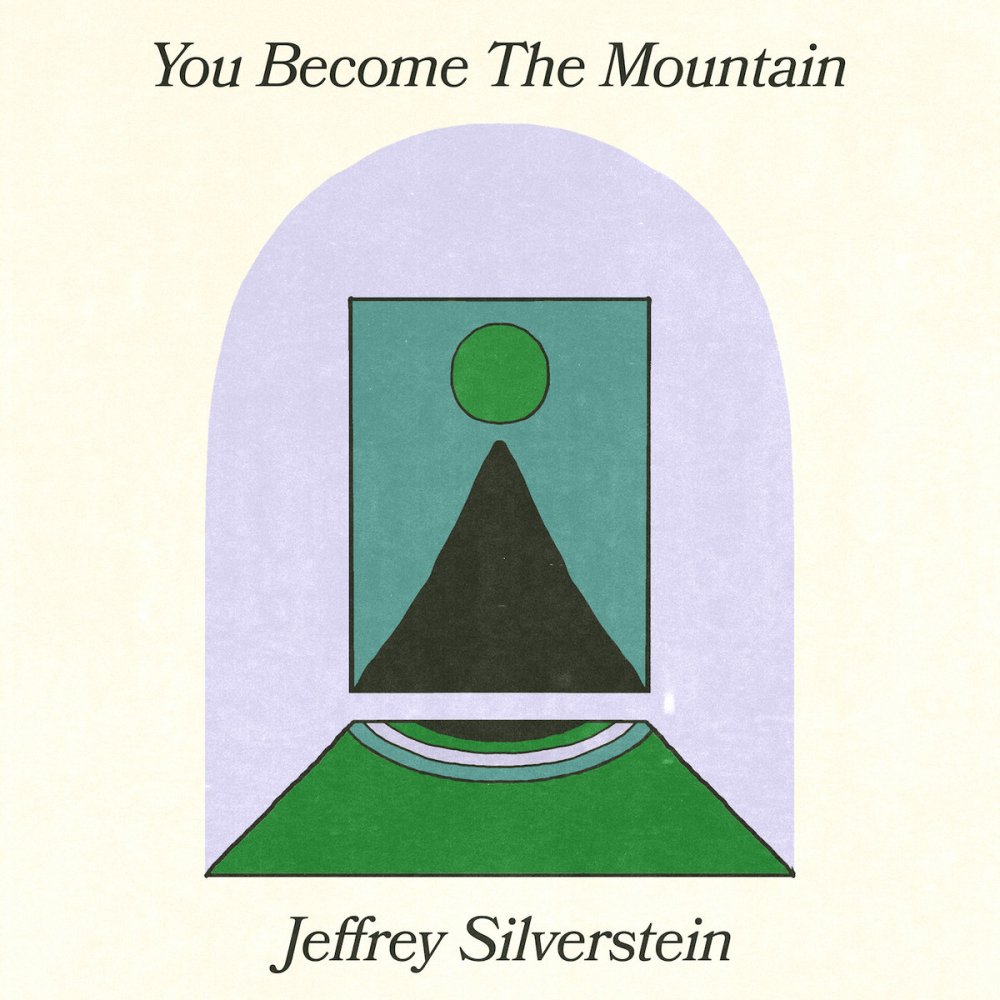 J. Hubner: There is a new age vibe to the songs. You mix both singer/songwriter vibes with vast instrumental spaces. It’s an album that consumes the listener and transports them. Is that what you were going for in some way?

Jeffrey Silverstein: I’m so glad you picked up on that. It seems my love for both ‘traditional’ and ambient/formless song structures grows in tandem. Having an appreciation for both helps create my own perspective on what a song should or shouldn’t be. When I realized that a song or album could be both simultaneously, that was a big moment. It provides (I hope) different types of listeners with various entry points to my music and creates more of a connection between music maker/receiver.

J. Hubner: Where were you living prior to locating to Portland? Could you have written a record like ‘You Become the Mountain’ anywhere else but the Pacific Northwest?

Jeffrey Silverstein: Brooklyn, NY and Baltimore, MD. Honestly I don’t think I could have, for reasons both practical and spiritual.

J. Hubner: Who or what informed your formative years musically? How old were you when you locked into music?

Jeffrey Silverstein: I’ve been obsessed with consuming music since elementary school. If you aren’t a sports kid, the suburbs can naturally push you towards music. All my friends started forming bands around the same time in high-school. I was a kid, but even super early on in my songwriting career I remember thinking, “this is going to be a part of my life forever.”

J. Hubner: If you had to pick one song on the album that fully encapsulates what you were going for sonically and spiritually, what would that song be? And why?

Jeffrey Silverstein: Great question. I’d probably go with ‘Cosmic Scene’. It’s wide open, spotlights the band and is minimal in its use of lyrics. A mantra enters at the end, one I try to remind myself of often.

Turn your life into a passing cloud

Something of which you’re proud.

J. Hubner: Besides being a songwriter you’re also a special education teacher. What led you to becoming a teacher? How has that shaped your musical work?

Jeffrey Silverstein: My mom was a special education teacher for many years. I tried to run from it for a while but realized it’s in my blood. It’s definitely what I’m supposed to be doing. High school students have a remarkable way of cutting you down to size. A reminder that you aren’t the center of the universe and that sometimes the most important thing you can do for someone is show up in the most authentic, vulnerable way you know how. Patience is critical for a classroom teacher (both with yourself + with your students) and is simultaneously one of the qualities I admire most in music or in someone’s music abilities. 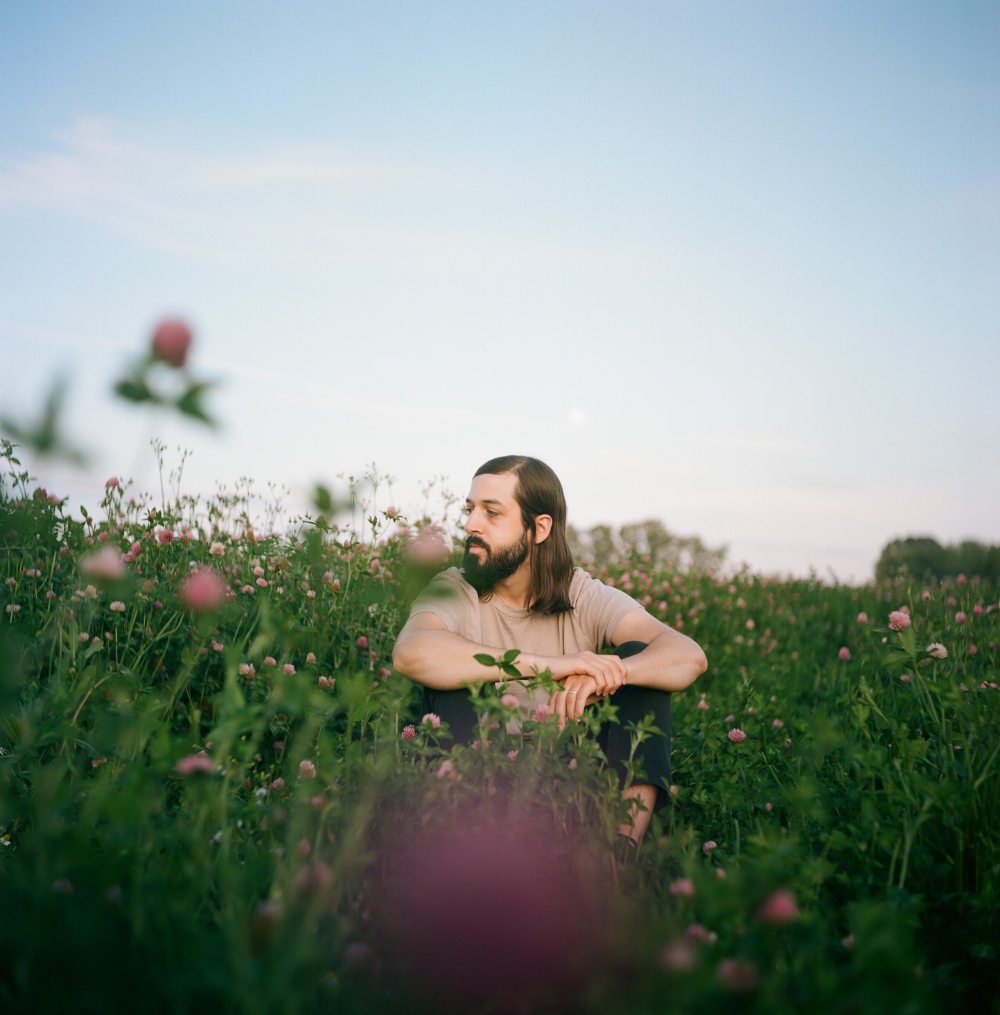 J. Hubner: Portland had been under siege now for weeks by Federal agents, with more possibly being dispatched to other major US cities. Do you see some kind of resolve in the future? You’ve certainly created a pocket of peace with this album.

Jeffrey Silverstein: ‘Pocket of peace’ – might have to use that! Specific to Portland, a first step towards a resolve would be having someone far more competent than Ted Wheeler as mayor. He’s got to go.

J. Hubner: So what’s next for Jeffrey Silverstein?

Jeffrey Silverstein: Finishing up a new EP, curating a covers compilation of one of all-time favorite albums, writing, and trying to understand how to be a musician without being able to play shows or tour.

‘You Become The Mountain’ is available now. Buy it here.