For his first solo album with Sacred Bones Records, Daniel Davies was inspired by the mixed media artist Jesse Draxler. Davies creates music that feels visual and expansive, much like taking inspiration from film to create movie scores. His album Events Score from 2018 did feel very cinematic, but more compact and personal. With Draxler’s work(which dons the album cover) Davies had an instant connection. “One of the main concepts for this album was working with the feeling of uncertainty”, explained Davies about the inspiration for his new solo LP. “Jesse’s art illustrates that perfectly with his disruptive shapes.”

Signals is an album that illustrates uncertainty through music. Slow motion songs that roll along like a cloud making its way across the horizon. Piano, synth, guitar, and at times an utter sense of melancholy create both wonder and disruption. This is a meditative record that keeps the listener engaged and emotionally connected from start to finish. 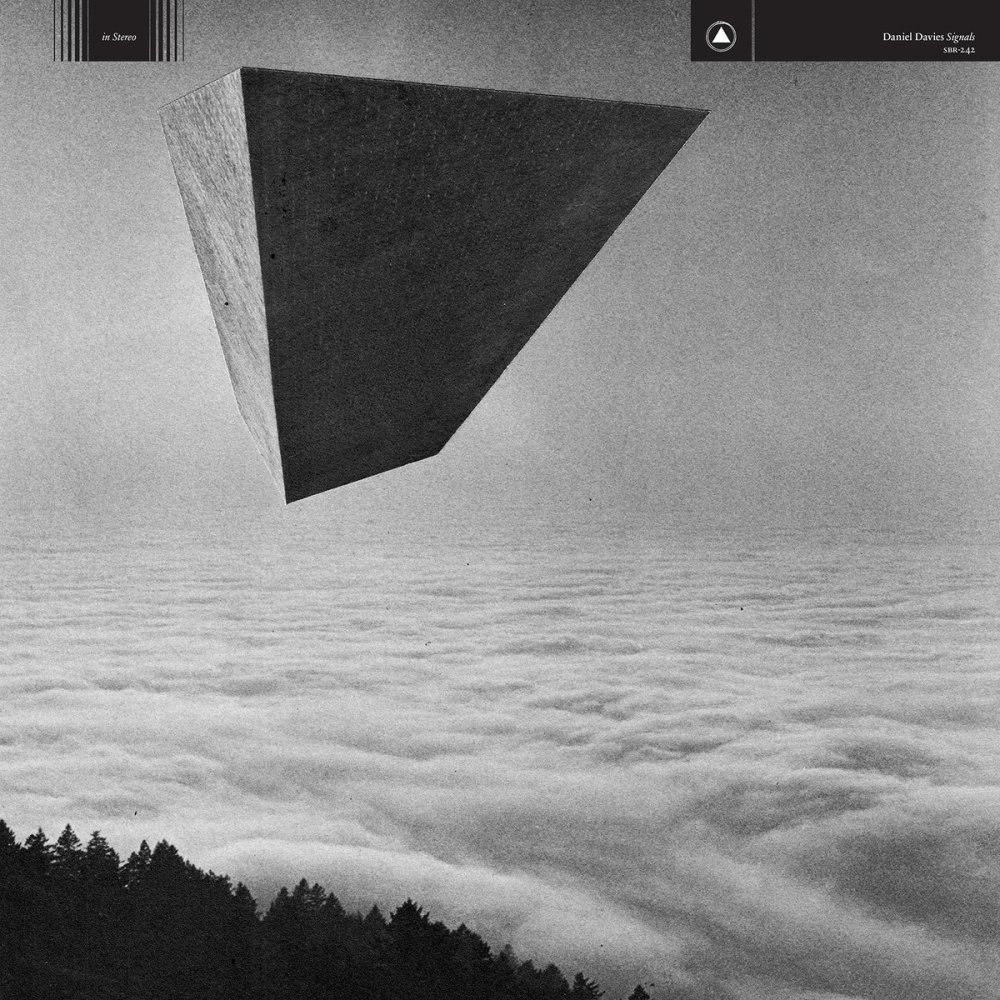 Daniel Davies’ work with John and Cody Carpenter might be what he’s known for mostly, but I feel that after people get Signals into their heads that will surely change. It’s a work of absolute beauty, even in its darkest places. Even uncertainty and disruption eventually settle into the norm for us, and this album is coming to terms with those changes.

“Last Days” walks us through the darkened corridor that leads us into Davies, and in turn Jesse Draxler’s world. Draxler’s hypnotic black and white pictures come through crystal clear in the choppy electronics, synthesizers, and echoing guitars we first hear. There’s a boldness, even extravagance, in the sunlit tones that build over the course of the track. A push and pull between dark and light. “One Hundred Years” is melancholy and shadowy(and not a Cure cover.) There’s an almost Giallo lean to it, as if it’s some lost Ennio Morricone musical sketch that never got used. On “Destructive Field” Davies gets some help from John Carpenter in order to make one of the darkest pieces of music on this record. It’s almost like minimalist incidental music; dissonant, eerie, and mildly dizzying at times.

Elsewhere, “Beyond Megalith Illumination” opens up a bit with acoustic guitar and a sense that light might be around the corner. “Phantom Waltz” goes full Italian horror score. Very Fabio Frizzi and it’s fantastic, while album closer “Visible” captures the stark black and white world of Jesse Draxler’s work beautifully.

Daniel Davies captures the dark and mysterious visual world of Jesse Draxler’s mixed media, and gives those visuals a sound. That sound is Signals.