More than wealth, success, and a general sense of being important in some capacity, growing up the only thing I ever truly desired was a place to call my own. More important than going out with friends or going to the mall was having a space in this world that I felt safe. A corner of the galaxy where it was mine, and I called the shots on how things ran in it. It sounds ridiculous I know, but as a little kid my bedroom was my sanctuary. It was the one spot on the map where I could rest with my thoughts and re-charge my brain.

When I was smaller it was where I played records on my red, white, and blue Fisher Price record player and read my Golden Books. As I got older many battles between Rebels and Imperial Forces, GI Joe and Cobra, and Autobots and Decepticons took place in that room. Further on it went from action figures to practicing my guitar and brooding as I listened to my countless hard rock and heavy metal cassettes, inevitably pining for some girl that I was too shy to ask to the dance. My bedroom was more my studio apartment than just a place to sleep and leave piles of dirty laundry. It was a karate-less dojo where all of my serious decisions were made; whether it was what clothes to wear the next day to school, what college I’d inevitably not go to, or whether or not I’d indeed work up the nerve to ask that girl to the dance.

My parents bought me my first bedroom set in the 2nd grade. It was a bunk bed and matching desk. A fortress made of pine, bolts, and shellac that served as both an instrument of sleep and an instrument for imagination. Along with all the new opportunities in sleeping arrangements and room for activities, I was gifted with a sense of pride. I wanted to keep my space clean. I wanted to have my room be a self-contained world where I had all the necessities a boy could need in case of boredom or Imperial attack.

I was sick a lot as a kid, so I had quite a few days of staying home from school. Being at home during the day gave me the opportunity to see how my mom kept things in order. Once the house was in order, then she’d sit down and relax a bit. It wasn’t some housewife motto. I was a personality quirk. It was sort of an OCD thing, and a thing she handed down to me. Once things are picked up and tidy, then I can enjoy myself. Even at my sickest, I’d still have to make sure my desk was cleaned off, clothes were put away, and the bed was made before I could even think about reading a book or pulling out the action figures.

What can I say, I just took pride in my things and my space.

As I got older(and obviously without a social life), I’d make Friday nights a night to pick up my room. Put on some music, fill my room with the smell of lemon-scented Pledge, and maybe even rearrange the furniture. Now I understand that this sounds completely pathetic(and mildly mental), but I wasn’t an outgoing adolescent. I had friends, but I was a homebody. A Friday night was usually pizza with my parents, then hitting the video store for some weekend rentals. If we didn’t rent anything I was in my room reading, practicing guitar, or maybe watching something on the small black and white TV my parents let me use occasionally that typically sat on top of the fridge in the kitchen. I was, and still am, a private person. I took down time seriously. I suppose being sick a lot got me used to creating worlds by myself. You do that so often and eventually you get used to it. 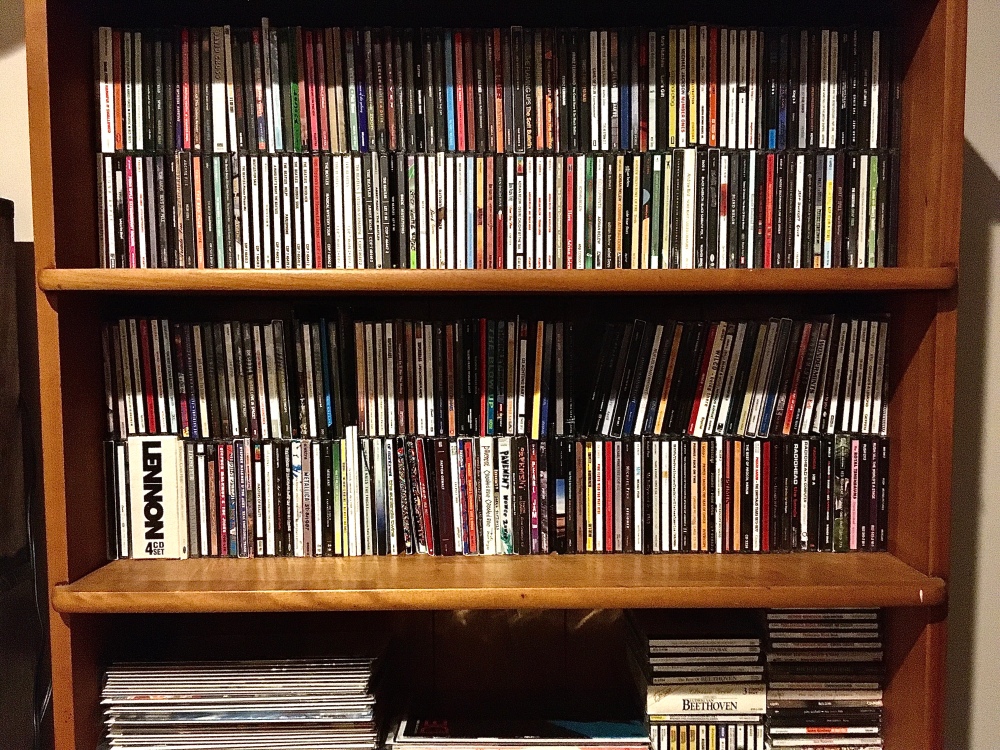 I did eventually grow up and enjoy leaving the house. I made more friends, got better at the guitar, and eventually had a steady girlfriend that would become my wife. But I never grew out of my love and need to have a space of my own. Even when my wife and I first moved in together, I took pride in keeping our apartment tip top. She worked 2nd shift and I worked days. I’d make dinner for myself, then crack open a beer or two, run the sweeper, dust the end tables, and step out on the 2nd floor porch and smoke a cheap liquor store cigar. The music played inside as I stared out onto the community pool and I’d think to myself, “Yeah, this is nice.”

I’m 46-years old now, and while much has changed since those early days of spinning Disney records and reading about Porky and Petunia, I still love a newly swept carpet. I take a couple hours every Friday afternoon/evening and pick up the house for the weekend. Sip on an IPA as I swiffer the floors, wipe down the bathrooms, and dust the TV screen. 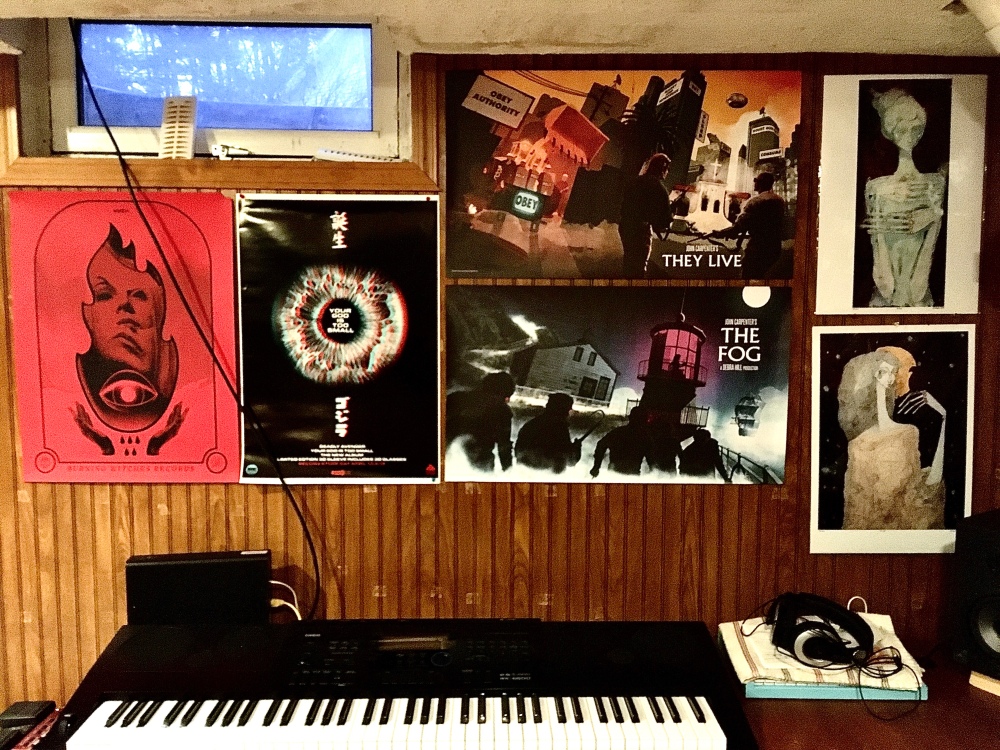 I’m sure my parents had a hand in why I am the way I am. Heredity, sure. But when I was young they’d occasionally fight. Well, more like argue with conviction. It was almost 99% of the time related to knocking back a few beers and playing board games or cards(hence my disdain for board games and cards.) Sometimes my brother and I would get roped into Trivial Pursuit, Monopoly, or Yahtzee. These games seemed to go on forever when it was a Strohs night. We’d have to get up and go to school, but we couldn’t leave the table until the game was done. Those were not happy family times, honestly.

The worst times were Skipbo nights. Something about that game brought out the worst in my mom and dad, and throw beers on top of it and it usually turned a little ugly. Getting older I can see that they were both dealing with everyday, domestic junk. My dad working everyday, sometimes 12 hour days and dealing with people he’d rather not. My mom, doing everything else at home that would keep the machine running smoothly; cooking, cleaning, buying the groceries, paying the bills, taking care of and worrying about an often sick kid that spent too much time in his room in imagined worlds pretending his bunk bed was a space ship and his dog was a wrestler named “Killer Klaus”.

Don’t worry, folks. My parents are great and amazing and still very much together after over 50 years of marriage. Through the eyes of an 8-year old, your parents snapping at each other at the kitchen table at almost midnight is a frightening thing. When that 8-year old is an adult looking back on those nights, his change in perspective, as well as a few years of grown-up angst for himself, and he can see where they were coming from. Still, lots of beer and card games is not a great combo. So my bedroom was a place I could go to and feel safe and protected from those weird, confusing moments. It was my Fortress of Solitude. It was my Batcave. It was my home within my home. 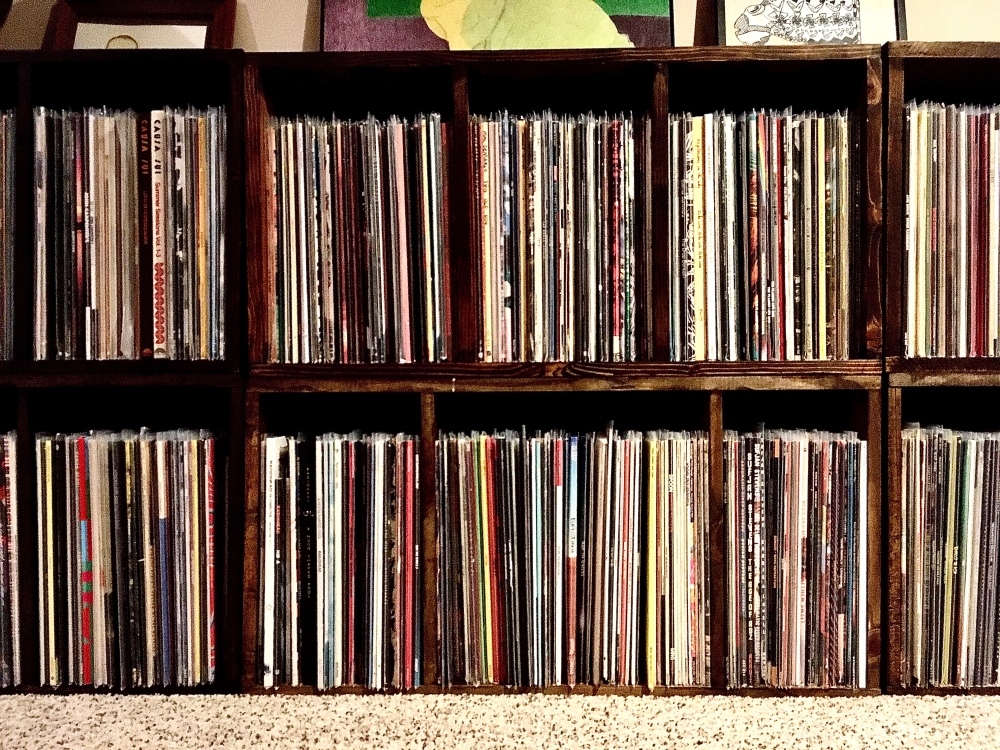 I’m not a minimalist. I need things around me. I need tangibles; records, books, movies, art on the walls, and instruments to tinker with. Comic books to pilfer thru on rainy days, and a steady flow of hoodies to choose from on cold fall days. And I need a place keep them in. A place where I can share them with my wife and my kids. And the occasional friend that comes by for a visit.

I don’t need much, just a place to call my own.