Lightning Bolt have never been a band that dabbled in subtlety. The two-piece from Providence, Rhode Island, which consists of bassist Brian Gibson on bass and Brian Chippendale on drums and vocals, have stayed true to a mission statement of keeping things loud, fast, aggressive, and animated. Their shows are always the duo at ground level surrounded by a sweaty crowd of onlookers, basking in the insanity and the massive decibels. Chippendale wears a ratty, natty cloth mask with a telephone microphone sewn in it and sings nearly indecipherable words whilst beating his drum kit into mince meat. Gibson on the other hand plays the bass like a madman, stretching and plucking his instrument as if it was some rubber prop. He’s equal parts Mike Watt, Bootsy Collins, and Les Claypool.

Yet, despite the intensity of albums like Wonderful Rainbow, Hypermagic Mountain, and Fantasy Empire there’s a joy in the music of Lightning Bolt. Sure, a joy covered in blood, sweat, and blood blisters, but still a joy. There music is so heavy it borders on a Looney Toons-like glee. With each record Lightning Bolt scrape away some of the fuzz and grime and reveal two guys writing incredibly fun, and dare I say, pop songs.

On Lightning Bolt’s newest album, the amazing Sonic Citadel, Gibson and Chippendale have brought their animated musical art and sonic punch into precise focus. This is the best album yet from Lightning Bolt. Without losing any of their intensity, Sonic Citadel is a blast of focused fury and unbridled, manic joy. 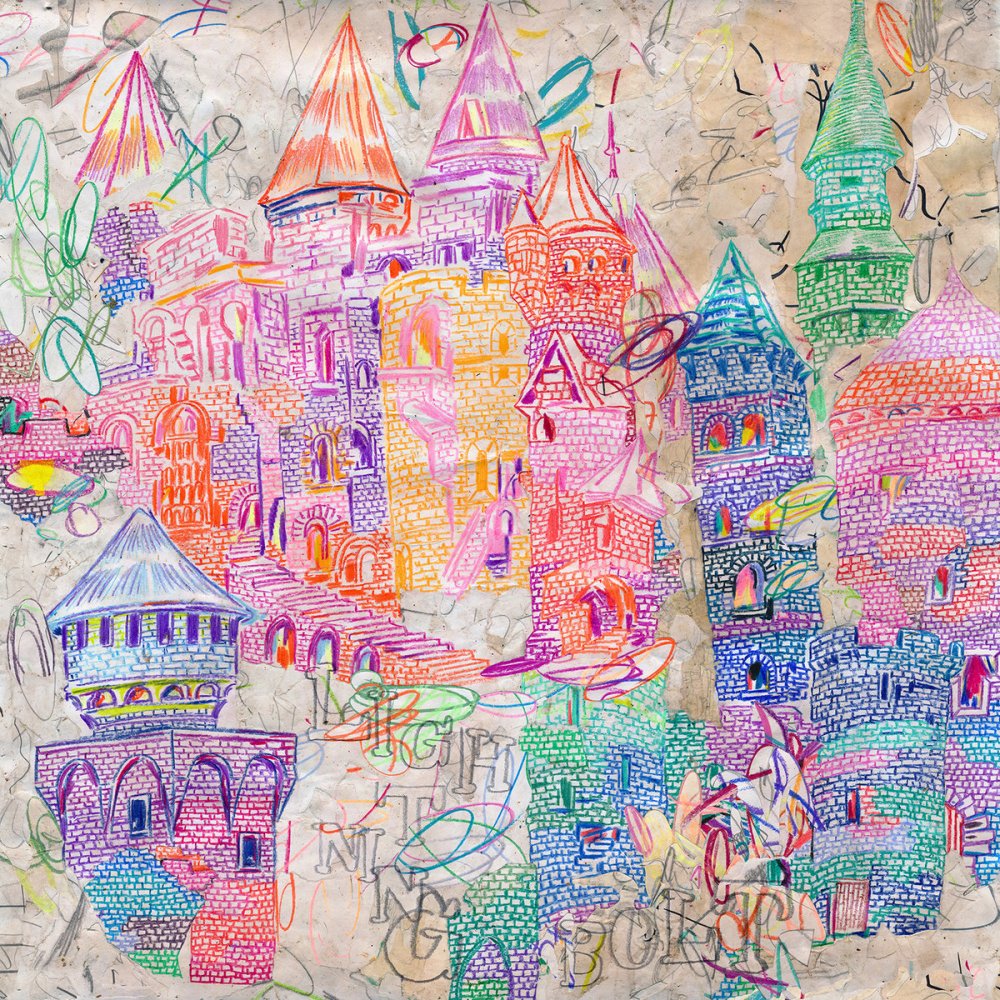 “Blow To The Head” is an anvil of a song coming at you at 100mph. Opening the record the dexterous playing of Gibson and Chippendale is unparalleled, with the duo sounding like an animated freight train coming down the tracks on fire and screaming with glee. “USA is a Psycho” reveals an almost NWOBHM gallop in the songs drum/bass riffing. While the vocals still aren’t in the forefront, there seems to be less fuzz hanging over them, which is most apparent in single “Air Conditioning”. We’re treated to an almost punk rock glee in the opening segments before the song goes full noise rock abandon in the chorus. We are also treated to what I would call the heaviest Lightning Bolt song yet with the massive sonic assault “Big Banger”. While being extremely heavy the track captures some of the band’s classic swirling psychedelia as well. Volume and pure, unadulterated sonic assaults come crashing on your brain in waves. An absolute banger of a track, both wildly unhinged and viscerally focused.

Elsewhere, songs like “Halloween 3”, “Tom Thump”, “Hüsker Dön’t” and “Bouncy House” work up an athletic groove. “All Insane” is about the most overt pop track Lightning Bolt have written. Melodic vocals, solid rhythm with no major freakouts. It’s a hell of a track. “Don Henley In The Park” shows an almost mystical quality, the track almost going into ambient territory. “Van Halen 2049” is almost ten minutes of absolute manic glee. Loud, massive, and gleefully insane. This is Brian Gibson and Brian Chippendale saying “Oh, you thought we were getting soft? Okay, well here’s this.” The perfect way to sign off.

Old dogs can indeed learn new tricks, as might seem the case with Lightning Bolt on Sonic Citadel. Thing is, I think Gibson and Chippendale have known these tricks all along. They’ve just been waiting for the right moment to wow us with them. Consider me wowed.