So imagine a jam session between Miles Davis’ mid-60s quintet, John Coltrane, John Mclaughlin, and Jimi Hendrix on a caffeine buzz and you might get an idea of what sort of voodoo Sex Magick Wizards are concocting. The four-piece from Oslo, Norway, which consists of members Sigrid Aftret, Axel Skalstad, Henrik Sandstad Dalen, and Viktor Bomstad, rattle skulls with guitar, bass, saxophone, and drums and do it well. They combine both free jazz excursions and late-60s guitar wizardry into one juggernaut of noise. The results are Eroto Comatose Lucidity, a debut that works on many levels. And given that this is a young band they have the advantage of time to hone themselves and their skills into one hell of a powerhouse. 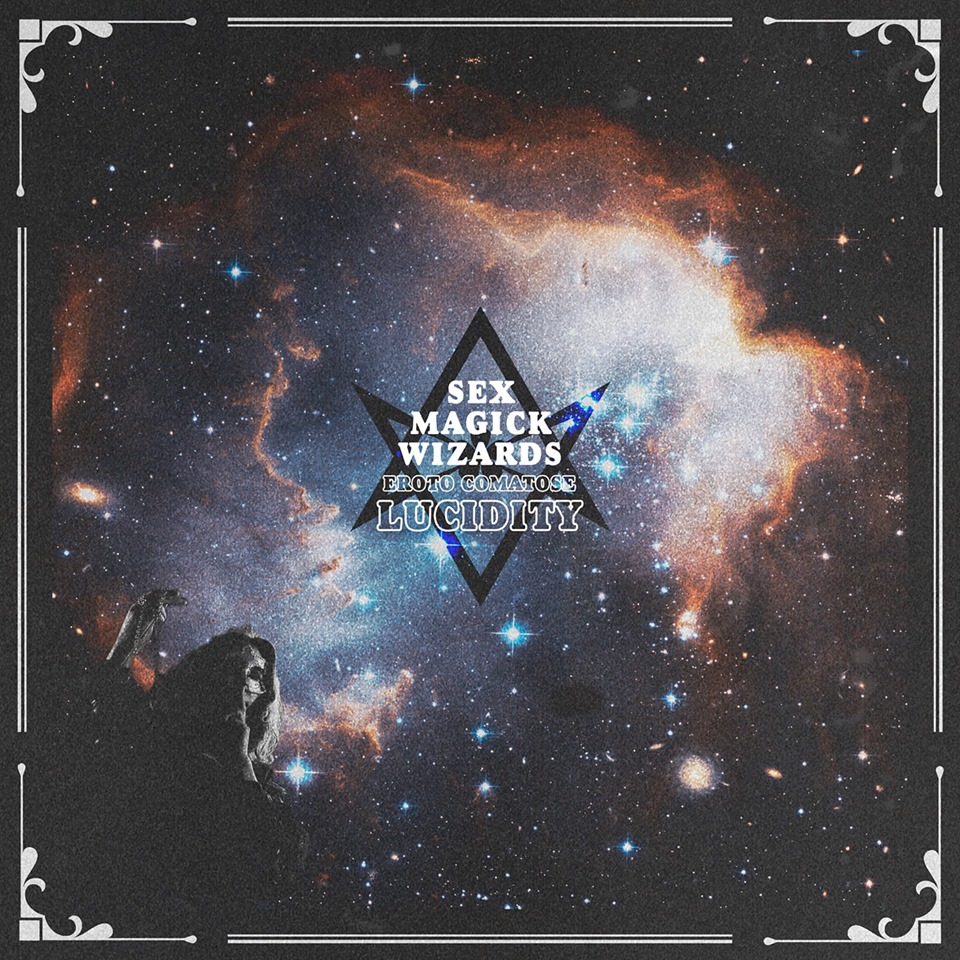 Listening to the freeform insanity of opener “Babylon Working” I’m reminded of Trio of Doom. A short-lived jazz “supergroup” of sorts that included John McLaughlin, Jaco Pastorius, and Tony Williams. Short-lived in that there was only one live album released, mainly because a trio couldn’t contain the butting of egos between Pastorius and Williams. But when they clicked it was magic. Some of that magic is in “Babylon Working”, a showpiece for Sigrid Aftret’s sax playing. At times you feel like you want to hear the band to kick into a interdimensional groove and get atmospheric, but they never do. Still, the free jazz spirit is palpable here. “Eroto Comotose” lays some serious groove down, albeit more of a slow motion dirge. King Crimson’s Red comes to mind here, but with more of a bluesy slant than Robert Fripp is comfortable with.

“Apep Dance” and “Nuit Speaks” makes good on those heavy groove promises. Aftret and Bomstad lock in to some truly mesmerizing melodies together while the drum and bass foundation keeps the song firmly grounded. There’s almost a psychedelic mood in “Apep Dance” before the song breaks into a serious spacebo funk. “Nuit Speaks” imagines Stevie Ray Vaughn channeling Hendrix guesting on Larks’ Tongues In Aspic. A perfect concoction of blues, brawn, and brains.

All of this builds to the soulful and dream-like conclusion in “Love Is The Law”, a very thoughtful track that builds off of John Coltrane’s soulful, romantic spirit. It’s an atmospheric and hazy love letter to everything that came before it. The slow motion guitar feedback builds to an emotional coda as Aftret’s saxophone calls to some higher power.

Eroto Comatose Lucidity is a strong debut from a band still figuring out how to wield their musical powers. Sex Magick Wizards are off to a hell of a start and I can’t imagine what’s next.