Toronto’s Rapport know their pop music. On their upcoming debut EP In The Dark(out October 4th on Arbutus Records) is a bevy of beautifully written and curated synth pop tracks that would easily fit on any great 80s film soundtrack. Much like Lou Rebecca, Diana, and Electric Youth, Rapport are channeling pop-centric songs from the neon decade while still giving the songs something only Rapport could give them.

The previous single and video for title track “In The Dark” displayed the band’s sense of humor(channeling both cheesy 80s sitcoms and Weekend at Bernie’s) while shining a light on Rapport’s knack for writing catchy pop hooks. Lead singer Maddy Wilde has the kind of voice that stands out in the mix while never overpowering the music. She can sound upbeat and melancholy in the same breath. Kurt Marble and Mike Pereira do a great job of building a sonic world for Wilde to explore vocally.

On the newest single, the mood is more melancholy and has a sense of longing. The video has the band searching in a woods for each other, and in the bigger sense for something lost we’ve maybe built up in our memory. According to Wilde: “All the Other Lovers” is about memory. How time turns a memory into a kind of fantasy, something so far away that it could never happen again. The song is about looking to the past, remembering a love that used to be and how nothing has compared since then; all the other lovers have just filled in the blanks. But was that past love all that we remembered it to be?”

And in regards to the video: “We tried to capture that feeling in the video. The three of us, weathered and worn by our time and experience, searching for what used to bring us happiness. Circumstances have separated us from one another, but the memories we have, which seem so far away, keep us going.” 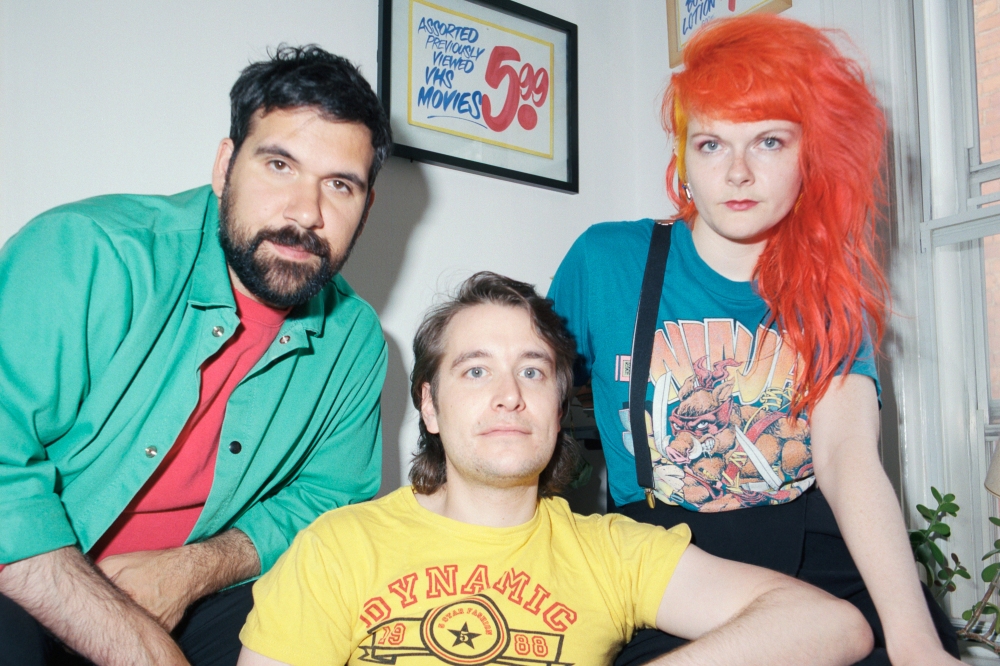 Rapport is the offshoot of Maddy Wilde’s longstanding belief she was unable to be the main songwriter of any music project. The humour of this broken belief lies in the boldness of uncertainty, a feeling that follows Wilde throughout her debut EP, In The Dark. Written and produced in Toronto by Maddy Wilde, Kurt Marble and Mike Pereira, In The Dark is a true expression of Toronto’s unending output of genre bending pop music.

Rapport seem to have made something special with In The Dark. A collection of 80s-heavy pop songs that connect to you like the best timeless pop tracks do. Fans of synth pop, dream pop, and synth wave will find something to love in Rapport.

Check out the video for “All The Other Lovers” below, and pick up In The Dark on October 4th via Arbutus Records. Preorder the EP here.