I was listening to Marc Maron’s WTF Podcast yesterday on a 3.5 mile walk on what was the first day of the 2019-2020 school year. In his opening monologue he spoke about a performance recently where it took place in what had been a high school. They’d turned classrooms into office spaces and were using the old auditorium as a performance space for rock concerts, plays, and in Marc’s case, comedy shows. He spoke about going to this converted high school and it having an almost triggering effect on him. The psychic trauma that high school had left on him was still very much there, though buried deep down after close to 40 years. Despite the city’s best efforts to renovate this old high school, it still very much looked like a high school. From the former cafeteria to the locker-lined halls to the gymnasium and the auditorium. As Maron explained, high school wasn’t the best experience for him. Stepping into this space was like stepping back into all the anxiety, awkwardness, stress, and need to fit in all over again.

Hearing this was triggering for myself.

High school wasn’t the best experience for me. I wasn’t picked on or treated like some outcast. I had a group of friends, albeit a small one, but we were tight. I was a musician, so I had an identity at least. By my junior year I had a steady girlfriend. I had all those things that make your years of high school tolerable. But for some reason I feel psychically scarred from high school, to this day. When I look back I don’t think about the friendships and good times. I don’t recall how much fun I had on trips to the art museum in the state capital, or the trip the synagogue after reading Chaim Potok’s The Chosen in Art and English. Even jamming to Brain Salad Surgery in Music Appreciation, or performing an original instrumental at the 11th grade talent show don’t smooth over all the negative space high school seems to take up in my brain. 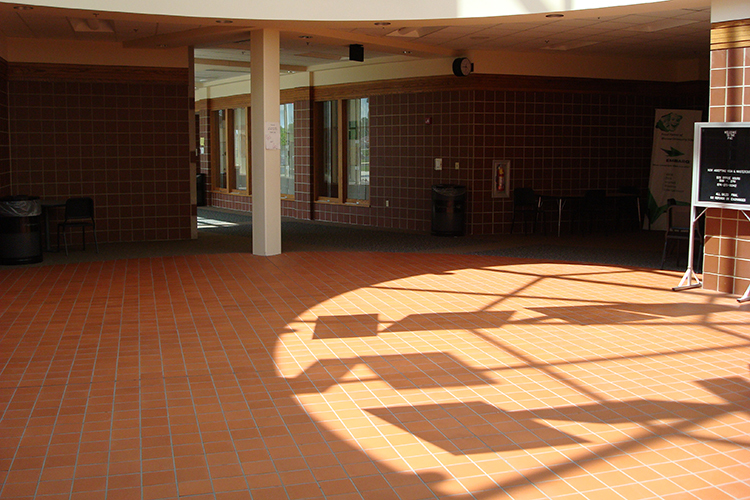 I’d say 95% of my anxiety dreams are based around high school. I had a high school dream as recent as this past Saturday night(I’m 45-years old now.) In it, I’d realized I never took the final for a History class. As I was working in the dream at the same job I’ve had for the last 20 years, it had just dawned on me at my desk that I never took the test. I suddenly wondered aloud to my friend whom I’ve worked with those entire 20 years, “I wonder if I ever graduated?” A feeling of dread came over me, then I realized that I must’ve graduated since you need a diploma to work where I’ve worked all these years.

That’s a pretty typical dream for me.

Those high school dreams occur in a few different ways. One, I realize over halfway thru the school year that I haven’t been attending a class and I have no idea how I’ll pass it. Two, I’m lost in the high school and can’t find the class I need to get to(there’s usually a labyrinth of locker-lined hallways or intimidating glass walls that seemingly lead to nowhere.) Three, I can’t remember my locker combination and I’m going to be late for class. Four, I’m in a class and I’m going to be called on to read a paper in front of class, but I have no idea what paper I was supposed to write or what class I’m even in. Five, I need to use the bathroom and enter the restroom only to find a dark, dingy, and decidedly very wet maze of various stalls and urinals in varying degrees of filth and disgust. The only toilets that aren’t overflowing with waste are located in the middle of the room, open for everyone to watch(this sort of dream also falls under the category of ‘Dirty Public Restroom Nightmares’, which I also have often.)

Sometimes these dreams include several of these scenarios.

I don’t know what it was about high school that was so traumatizing. Like I said, there was never any single thing that caused me a lot of anxiety in high school. Maybe just the pending due date of a project, or not understanding algebra. There was the need for acceptance my freshman and sophomore years. Wanting a girlfriend but not knowing how to talk to a girl that wasn’t just a friend. Music gave me purpose, both being a fan and learning an instrument. Having a friend that shared my love of music and was learning bass guitar while I was learning the 6-string gave me a brother-in-arms, so to speak. We sat in his bedroom, instruments in hand, trying to write our version of Rush’ “Subdivisions”. Getting into horror movies and Kurt Vonnegut, reading Stephen King in study hall, getting to know “Captain Jack” Musgrave my junior year in Creative Writing. Skipping prom my junior year and going to King’s Island with my girlfriend, her friend, and my cousin. Being featured in the school paper for my guitar playing and my friend captioning the picture of me, calling me a “Cro-Magnon”. All in all, those high school years don’t seem so bad.

My own kids are in high school now. They seem to be doing pretty well. My daughter has a pretty good friend group, she’s in the cooking program in school, and gets decent grades. My son is a freshman and a percussionist in the high school band. He’s automatically in a group. The camaraderie of performing with fellow musicians on a daily basis he’ll have all four years. They both already have a place in high school. A spot to call their own. It’s sort of what I wish I’d had. Maybe I wouldn’t still be having dreams about forgotten classes, missed assignments, and labyrinthine hallways leading to everywhere but where I needed to go.

Who am I kidding? Of course I’d still be having those high school anxiety dreams. I’m just wired that way. If it wasn’t high school, it’d be pre-K anxiety dreams about not bringing the right cookies to class when it was my day for snacks. Or nobody wanting to play with me. Or forgetting to wear pants. Or not being able to fall asleep at nap time. My neurosis has no age limit.

Have a great year, kids.