Videodrones work in swaths of synth and analog dread. From their beginnings in 2016 with Mondo Ferox, the electronic duo which consists of Jakob Skøtt and Kristoffer Ovesen, relied on Betamax memories of grainy horror and sci fi flicks and the world of music composers like Popol Vuh, Fabio Frizzi, and the modular synth excursions of Tangerine Dream for inspiration. The music was as equally humid and claustrophobic as it was dense and improvisational.

The follow up a year later, 2017s Nattens Hævn, took the free-floating dread of Mondo Ferox and worked it into tighter structures and more well defined compositions. More melody appeared from the ether haze of Videodrones musical world, working in moments of both dizzying Vangelis highs and Walter Rizzati Giallo melancholy.

Videodrones have returned with their densest record yet. Atavistic Future sees Skøtt and Ovesen stepping further away from the wobbly world of Betamax vibes and dystopian dread of their debut. Instead, Videodrones is heading into the more experimental electronic world of Suzanne Ciani and the sparse compositional territory of Philip Glass and Terry Riley. There’s still a very otherworldly feel to Videodrones, but there seems to be more of a mathematical intent to these songs. This time around there’s a real urgency throughout the record. 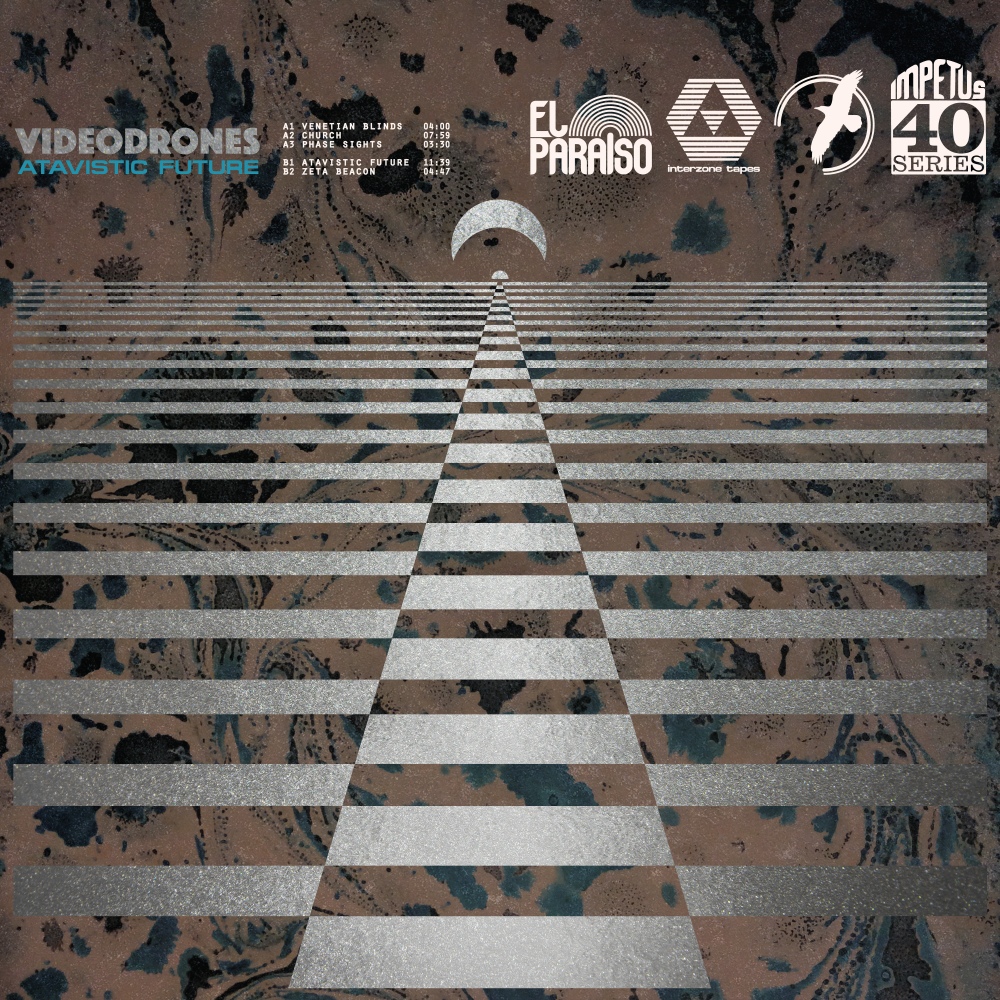 Atavistic Future is made up of five songs. Each track works its way into the next, giving the listener the illusion of constant motion. A heavy Komische vibe permeates the record, giving you the feel of some Gothic Edgar Froese freak trip in an abandoned church as stoned hippies sit on the floor and get lost in their own heads. This record, played at high volumes, will get you lost in your head.

“Venetian Blinds” gets us up and running as a melancholy synth riff leads us into the unknown. This track turns into a big and mighty opener as it begins to fold into itself, envelope filters acting as worm holes into other dimensions. We are quickly guided from the interstellar to the Holy as we enter “Church”. This nearly 8 minute mind melter builds and layers itself with arpeggiated synth notes and wavering swaths of melody in the background. There’s some serious Tangerine Dream vibes here, with Videodrones channeling Phaedra through some sort of nightmare machine. It’s stunning. “Phase Sights” works in some of those old sickly vibes of Videodrones past, coloring this track with some truly amazing melancholy dread. I hear some of Wojciech Golczewski’s End of Transmission here.

Side two opens on the epic title track “Atavistic Future”. Coming close to 12 minutes, this track slowly builds on electronic pulses and bleeps and blips that feel like artificial intelligence coming to life. There’s both a sense of unifying direction and chaos here. A typewriter-like clicking of notes run along as an explosion of sound and noise come in and out. This feels like pure, raw creativity. A canvas defiled with the finest of paints. “Zeta Beacon” reaches back to early modular pioneers like Morton Subotnick, Suzanne Ciani, and even Bobby Beausoleil’s work on Lucifer Rising to close the journey on. It’s a fitting sonic wave goodbye.

Atavistic Future is out 8/2/19 via El Paraiso Records. Preorder it here.