Skragn is a made-up word, which you’ll find out further down, but it’s also a very real music project started by Danish electronic musician Marco Egeberg. Egeberg is based in Copenhagen, but is originally from Odense, Denmark. If you’re a regular reader of these pages then you should know the name Odense. It’s the home of Danish rock titans Causa Sui, as well as El Paraiso Records(I’ve discussed both many, many times.) When Marco reached out to me he said he was readying a new all-analog electronic record, AND that he was originally from Odense. Well I knew I was going to love this guy’s work.

Egeberg’s debut album as Skragn is called Stund, and it’s absolutely incredible. His music is this very melodic mix of 80s Klaus Schulze and Tangerine Dream with plenty of early alternative 80s synth pop vibes. Throw in some heady 70s Krautrock sonic weight and you’re on the right track to understanding what Skragn is about. Though, despite those sonic foundations, Egeberg makes Stund stand very much on its own.

I spoke to Egeberg about Stund and the process of making the album. Stund will be released Thursday, April 25th via Pladeselskabet Pladeselvskab. Check out our conversation below, and preview two of the album tracks.

J. Hubner: So tell me about Skragn. How long have you been writing and recording under this name? Has the project always been just you?

Marco Egeberg: Yeah, it’s all me and always has been, ever since the beginning in around 2006. I think that name has been around for this project for three or four years or so. It’s a homemade, seemingly nonsensical word based on a combination of the Danish names for the birds magpie, jay, crow, and raven. I initially went for something with no apparent meaning in order to avoid forcing any particular mental image onto the listener (at least those who won’t have read the explanation above). I’ve come to identify this album with that moniker, but future ones might be under different names, I don’t really know yet.

J. Hubner: When did you first get into playing music? And then when did that turn into electronic music and analog synths?

Marco Egeberg: I began playing the guitar around the age of 11 and have done so ever since. Before that I had been playing the violin and the clarinet in school. For quite a few years I made electronic music by sampling acoustic instruments and messing around with those samples, but about four years ago I started turning it into a primarily synth driven project.

J. Hubner: Who were some influences on you musically? Is there one album you can look back on and say it completely changed how you look at music?

Marco Egeberg: Growing up in the 80’s, synthesizers were just everywhere. From film scores to tv jingles to the background music on the kids’ adventure story tapes I used to listen to. And all over the radio and in my mom’s record collection. So I guess the sound of synths was just thoroughly and permanently installed in me from day one. To me, there’s nothing quite like the emotion an analog synth can carry, in spite of them being electronic machines. And that sound still makes me instantly stop and pay attention, whenever I hear it.

So that nostalgia has obviously influenced my music, but still I don’t consider this to be a retro project in any way. It’s basically just how I like my electronic music. My influences in this context vary from old German stuff like Kraftwerk, Harmonia, Rüdiger Lorenz, and Tangerine Dream to 80’s film scores and early British synthpop – but also much more contemporary stuff like Boards Of Canada, Ulver, and Aerosol. If I had to pick one album among the many that have particularly influenced the making of this record, I would probably go for ‘Leave’ by Aerosol. I would recommend that to anyone who enjoys the sound of analog synths. 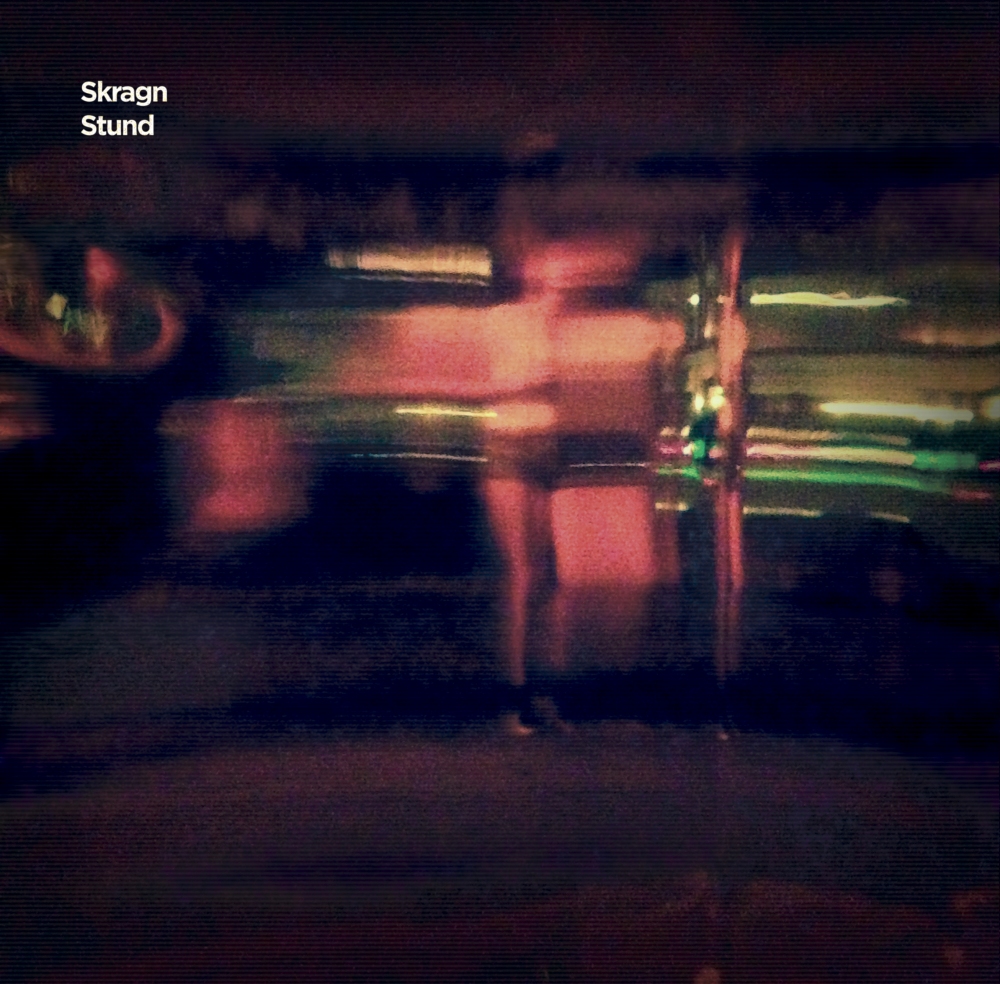 J. Hubner: Let’s talk about your album ‘Stund’. How did the album come together? How long have you been writing and recording? What is your writing process like? It’s an amazing album, btw.

Marco Egeberg: Wow, thanks – I’m really happy you like it! I’ve recorded and mixed it at home and have been using a lot of all analog synths and a mix of analog and old digital drum machines. The oldest compositions probably date back to 2008, but all the actual tracks heard on the album were recorded within the last four years.

Most of the melodies and early versions of songs were written on an acoustic guitar and then kind of built from there. Then, when transferred to a sequencer or arpeggiator driven synth, that stuff seemed to always change its shape and become a very different thing. Others were composed directly on synths when just playing around.

But even though the songs have come about over the course of so many years, I’ve approached these recordings with the clear intention of making it coherent and feel like an album from beginning to end. The compositions and melodies vary, but I’d like to think the record has a certain vibe and feel and overall sonic universe throughout.

J. Hubner: Besides yourself, who else contributed to the process? You told me you’d gotten some help from Rasmus Rasmussen(Causa Sui, Aerosol, Astral TV) in the mixing process?

Marco Egeberg: I basically did it all on my own, but in the mixing process I’ve sometimes reached out to different people I know, to ask for advice and to borrow gear and so on. Yeah, at one point pretty late in the mixing process, I needed to test it out on different setups and other people’s ears. Luckily Rasmus was up for it, so I brought my stuff over to his studio and we went through the whole thing and tweaked some details here and there. Apart from being an amazing musician, he’s also quite the techical wizard. Also, we have a lot of the same machines, so I turn to him for advice every now and then. 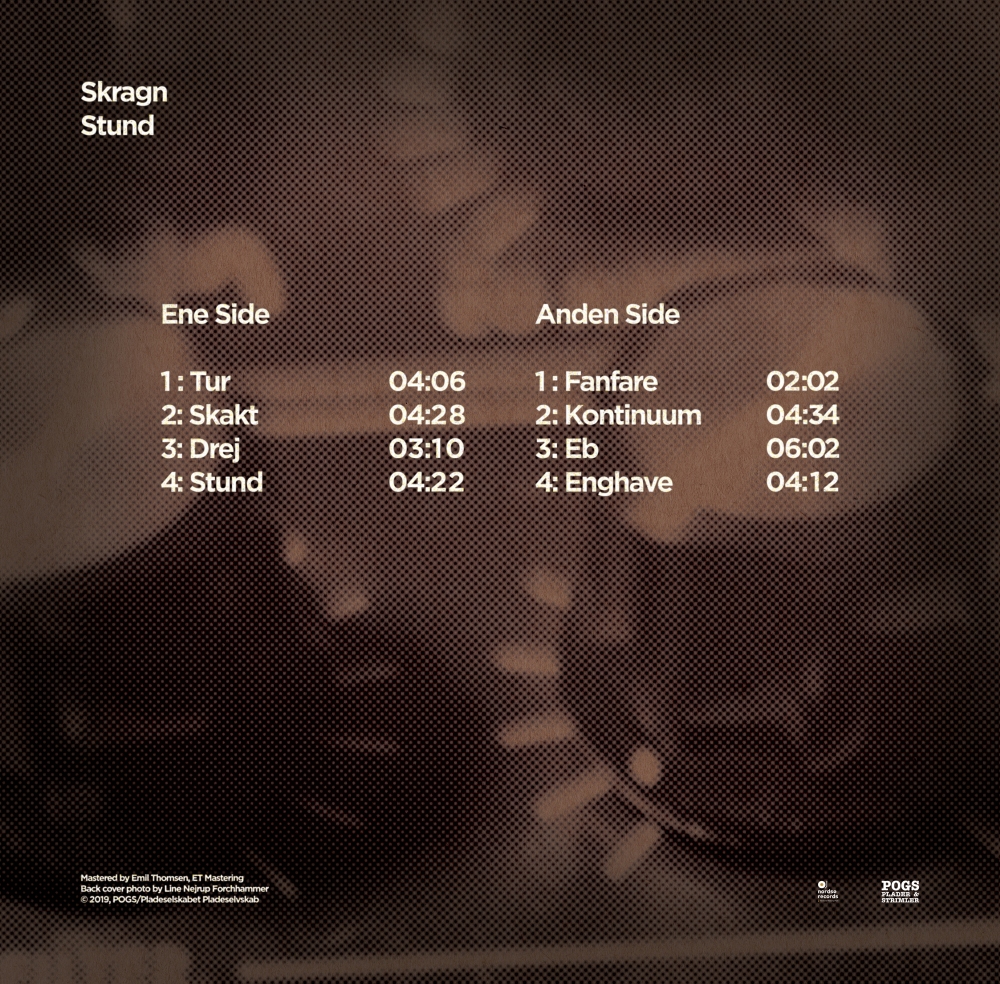 J. Hubner: Do you prefer working alone or collaborating with others? I imagine both have advantages and disadvantages.

Marco Egeberg: I really enjoy doing this on my own. First of all, it’s nice to have all the control. But also to be able to take my time to experiment and to do all the takes and changes in the world, without feeling guilty about wasting someone else’s time and patience. That being said, I definitely don’t rule out having other people contribute to it along the way and have the music benefit from their ideas.

J. Hubner: What were some of your go to instruments on Stund?

Marco Egeberg: Loads of stuff was used on this one, but I did actually try to limit the amount of machines on each different song, in order to kind of keep it clear and to let each instrument play a noticeable part instead of just mixing everything up. Still, I’d say that most songs contain tracks from the Korg Polysix and Roland Juno-106, MKS-7, and MKS-30. With the Korg EX-800 also sneaking in sometimes. And when it comes to drum machines, the Roland TR-606, the MFB-522, and the Yamaha RX11 are all over. With the Korg KPR-77 and DDM-220 and Roland TR-707 and TR-626 sprinkled here and there. And all eight songs have the Moog Minitaur playing the bass parts. I’m just completely addicted to that thing. Also, I play the guitar on all songs too. Mainly a Fender Stratocaster and a Fender Cyclone. 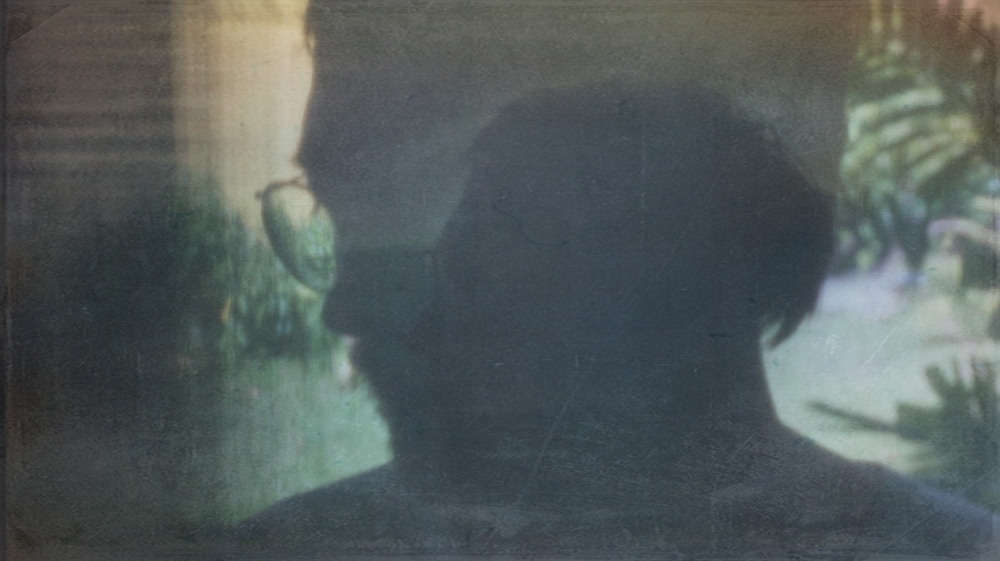 J. Hubner: Tell me about the release plans. What formats will ‘Stund’ be available in? Will you be playing any shows to promote the release?

Marco Egeberg: We have printed 100 LP’s on heavy orange vinyl. Maybe we’ll do a small batch of cassette tapes later on too. Apart from that, it should be available on streaming services within the next few weeks. Later this week we’ll have a small celebration in the Copenhagen record shop Insula for this record and two tape releases by other artists on the label. I don’t have any plans to perform these songs live as of now, though.

J. Hubner: How did you get hooked up with Danish label Pladeselskabet Pladeselvskab?

Marco Egeberg: I got in touch with Jonas Torstensen and his label, Pladeselskabet Pladeselvskab, early last year through a mutual friend. Jonas liked my stuff and I really admired the whole thing he had going on with his very cool and DIY approach and his enormous knowledge on music. He was only 13 years old back then but had already released all sorts of interesting stuff. So I’m really honored to be on his roster.

J. Hubner: Is playing live something you enjoy, or is Skragn more of a studio project?

Marco Egeberg: I love playing live and I do it fairly often as a guitar player in my friend’s ambient-singer/songwriter project called Bonne Nuit Johnny. But I don’t really see my own stuff as something meant for live performance, so that probably won’t happen anytime soon. Though I don’t rule anything out completely.

J. Hubner: So with the album dropping, what are your plans for the rest of 2019? Is there a follow-up album in the works already?

Marco Egeberg: It will have its official release on Thursday the 25th of April. Then I just hope it’ll manage to reach the people who might enjoy it, that’s really the main thing. I would just like to send it off to live its own life. The whole thing about releasing something that has been in the making for so long is kind of weird. It marks a beginning for everyone else and their awareness of its existence. But for me personally it feels more like a conclusion and about the letting go of something.

I’ve been gathering more machines and making new music in the meantime since ‘Stund’ wrapped up, and I hope to be able to release it before too long. Maybe as a Skragn record or perhaps in some other disguise, we’ll see.

Stund drops tomorrow, 4/25. Head over to Marco’s Bandcamp page Thursday when the album goes live and download your copy. Truly one of the highlights of 2019 so far.