Listen, you’re either born with the Stephen Malkmus gene or you’re not. If you are, then your musical life is that much richer for it. Deep-diving into Pavement and the post-2001 Malkmus solo world can only be just short of life-changing for that Malkmus-starved brain just discovering the lanky indie rock pied piper for the first time. For the rest of us not born with that pre-wired brain, finding an “in” with Stephen Malkmus can prove difficult.

It took me years to get into Stephen Malkmus’ music world, and even then I’ve only really fallen for a couple of them. What I’ve always really appreciated about the singer/songwriter the most is his willingness to try anything; go out on a limb and just get weird and see what happens. He’s not pining for the old days with his pals in Pavement. Malkmus is constantly looking forward. And forward-thinking and trying new things aside, in the end Malkmus is just a really solid songwriter.

On his second album in less than a year Stephen Malkmus goes full-on electronic(sort of). Groove Denied is the long-gestating electronic album he’s been tinkering with since the early 2010s after being inspired by the Berlin club scene. What we get is not club bangers, though. Instead it’s wonky and noisy electro noise bombs sounding more inspired by 70s post-punk like Tubeway Army and German Krautrockers Cluster. 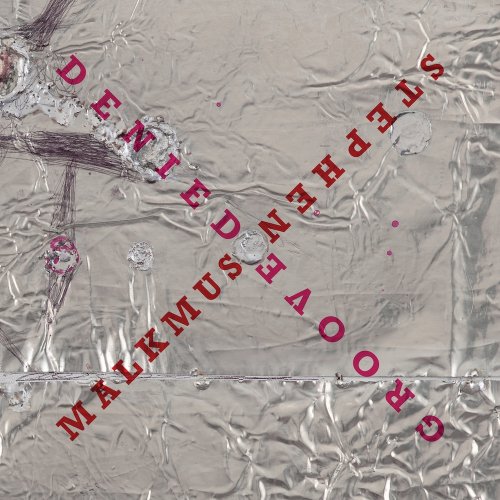 Groove Denied opens with “Belziger Faceplant”, a track that sounds like it’s imploding into itself. If someone released their first attempt at working in Ableton Live it might sound like this. After that, things get a little more reasonable. “A Bit Wilder” sounds like Seventeen Seconds-era Cure, while “Viktor Borgia” sounds like Malkmus spending a night drinking with James Murphy. This was the result of that inspiration.

Still, this is a Stephen Malkmus record. Not everything sounds like late night electronic experimentations. “Come Get Me” sounds like classic Malkmus’ jaunty indie rock. Fuzzy guitars and trashcan drums work nicely with the vocal delivery. “Rushing The Acid Frat” sounds like Stephen Malkmus singing over an old 70s funk sample the Beasties might’ve used on Paul’s Boutique. “Love The Door” morphs from Flying Lotus right into an electro-Jicks banger. Total groove monster.

The true album highlights are the electro-earworm “Forget The Door” and the future classic “Ocean of Revenge”.

What Groove Denied has proven to me is that you don’t need to be born with the Malkmus gene to dig Stephen Malkmus. This album just clicks immediately. Also, this album proves that old dogs can teach themselves new tricks. Groove Denied is an astonishing trick.