I flew into a dumpy little airport for work. My work consisted of me driving to various hospitals, storage lockers, and basements of sales guys wearing too much cologne and counting orthopedic implants that were on consignment from my employer. I was an inventory auditor, which meant I was paid to count parts and make sure our distributorships had what our system showed they had. I got to travel all over the country, which when I took the job seemed great. I was married, but we didn’t have kids yet. Just a dog that didn’t mind my absences every now and then.

This was the third time I’d gone out to do an audit since I’d started the job in January of 1999. I’d been to Denver and San Diego, which were both great places to visit. Fresno, on the other hand, not so much. It seemed like the same, typical Midwestern town I was used to seeing on a daily basis, but with dirtier streets and seedier intentions. When I wasn’t counting parts in ORs or the basements of former jocks I was hanging in mid-level hotel rooms and ordering carry-out.

On a day I’d finished up early I decided to venture out of the Ramada and hit up a shopping plaza. There was a Borders Bookstore, so I figured I’d give it a shot. I began to feel like I’d found a bit of normalcy in this West Coast town when a guy that drove by me in the parking lot flashed a gun at me.

After making it into Borders I found the new releases and low and behold Wilco’s new album was there. I’d read about Summerteeth in Rolling Stone, and had heard Jeff Tweedy on NPR talking about his “dark, baroque pop record”. I was already a huge fan of Wilco thanks to Being There, so I grabbed Summerteeth on the spot. 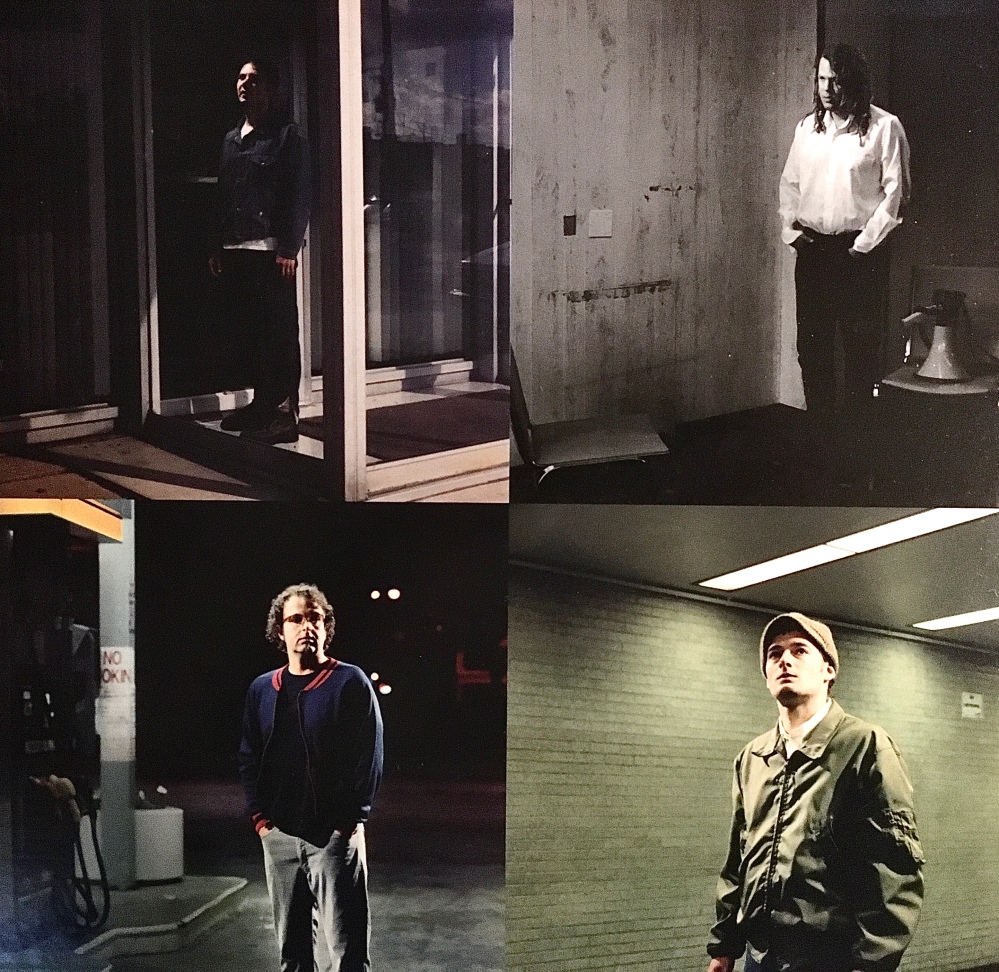 I returned to my sad Ramada Inn room, ordered a cheeseburger and fries, then put Summerteeth into my Sony Discman(which would later be traded for a Sony Minidisc player) I took with me on trips so I could drown out the dread of flying. To say Summerteeth was a game changer for me would be a sad understatement. This album changed me and rewired my brain in ways I can’t quite fathom. Being There opened my eyes to the genius of an amazing Midwestern rock band. Summerteeth felt like real art. It felt like poetry made from pain, sorrow, anxiety, and also the joy of creativity. It was revelatory and eye-opening. This record informed how I wanted to write songs. Wilco had made my Pet Sounds, my Sgt. Pepper and Exile On Main Street. It seemed to be the record I’d been waiting on for years.

The songs were melancholy, intense, jangly, happy, and dark. Of course the record was fueled by drugs, ego, emotional instability, and a sense that Jeff Tweedy was giving into to a kind of darkness with Jay Bennett. The two pretty much walled out John Stirratt and Ken Coomer. Tweedy and Bennett holed up in the studio with Pro Tools at their disposal and approached the record with an “everything AND the kitchen sink” freedom. This wasn’t a healthy way to make record after record, but as a single album it’s what made Summerteeth so special. 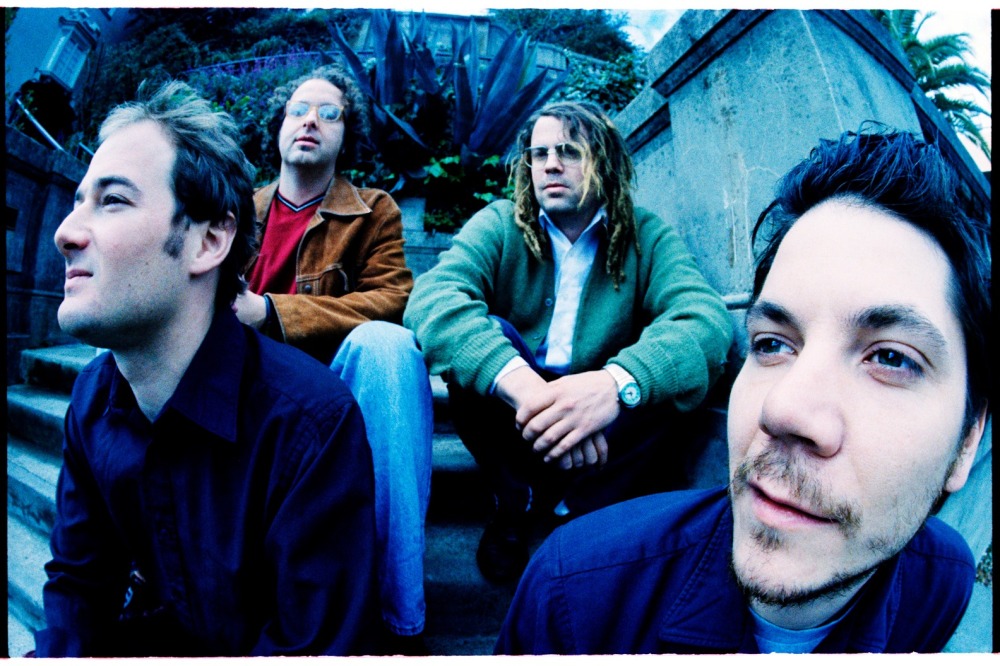 Summerteeth works as a whole for me. The whole album is a journey, with “Via Chicago” as the tormented centerpiece. “I dreamed about killing you again last night, and it felt alright to me/Dying on the banks of Embarcadero skies, I sat and watched you bleed”. This was unlike anything Wilco had done before. It was hinted at on Being There on tracks like “Misunderstood” and “Sunken Treasure”, but here Jeff Tweedy gives us a straight up murder ballad. Dissonance and distortion highlight the pulp-y mood of the lyrics. We build up to this moment with gorgeous moments of pop in songs like “She’s A Jar”, “A Shot In The Arm”, “We’re Just Friends”, “I’m Always In Love”, and “How To Fight Loneliness”. Then we make our way thru the second half of the album with “ELT”, “My Darling”, “When You Wake Up Feeling Old”, “Summerteeth”, and the dark closer “In A Future Age”.

It was a trip I took several times that night in my hotel room, and one I listened to the entire flight home the next day. That trip to Fresno was not one I’d ever want to revisit, but even the gun-toting dude outside of Borders can’t ruin the experience of buying Summerteeth that day.

Summerteeth has remained one of my all time favorite records, and 21 years on it still mystifies me every time I play it. The fact that there’s now a Deluxe Edition with hours of extras both re-ignites all those feelings I had the first time I listened to Summerteeth and also makes me feel incredibly old. That album is old enough to have a deluxe version. It must be similar to how folks felt when all those CD versions of Beatles records started hitting the scene in the 90s, then again in the late 2000s, when they had actually bought them when they first hit in the 60s.

For a fan like me, the deluxe edition has it all. Of course there’s the original album which has been remastered by Bob Ludwig. He takes a delicate touch to the remastering, as it sounds so close to the original but with bits of sonic details coming thru a bit more clearly. There’s also lots of live versions of the tracks included, as well as rougher demo versions of the songs.

For me, the real gold here are the Tweedy demos. Tweedy has these rough cassette demo versions on here that feel so intimate and up close. Hearing songs like “I’m Always In Love” and “She’s A Jar” with just Jeff on acoustic being delivered off a wobbly cassette tape gives them a whole new depth and weight. It also shows them in a bare bones light, before they were given the studio heft.

Over the last few years Tweedy has gone back to a more simpler songwriting approach. His solo work, as well as the last couple of Wilco albums, have been based more on a simpler sound. The studio excess rolled back for a more acoustic vibe. Hearing Tweedy making these home recordings of such grand, dense studio tracks only goes to show that the man can pretty much do it all.

In the end, a song is only as good as it is with a voice and a guitar. Summerteeth is just as good stripped back to its essentials as it is in all its final studio version glory.

I have no desire to ever return to Fresno, or that Ramada Inn. But I’ll always have a soft spot for that Borders and finding Summerteeth. It was a grand, shining moment on an otherwise lousy work trip.

21 years on, Summerteeth retains its magic for me. It moves me and makes me feel as woozy and awed as it did all those years ago.

5 thoughts on ““It’s For You I Swoon”: Wilco’s ‘Summerteeth’ Deluxe Edition”