There’s an organic quality to the deep space vibes of band Numün. Numün is a New York City-based band which consists of “ambient country” pioneer Bob Holmes (from SUSS) as well as new music composer and artist, Joel Mellin, and percussionist and multi-instrumentalist Chris Romero (both from Gamelan Dharma Swara). I’m completely new to the sonic worlds of these soundscape creators, but I feel that Numün might be the perfect place for me to start my journey with them all.

I’m not sure how something can sound both dusty and jangly, while also sounding ethereal and otherworldly, but “First Steps” does it. Imagine if Ry Cooder, Brian Eno, and William Tyler all came together under East Coast stars and pressed upon the universe to give them a cosmic splash of inspiration. “First Steps” captures the ambient realms of late-70s Eno, as well as the widescreen strokes of Ry Cooder’s score work, all the while giving it all the looseness of Lambchop. It’s all there in this gorgeous and mysterious track. 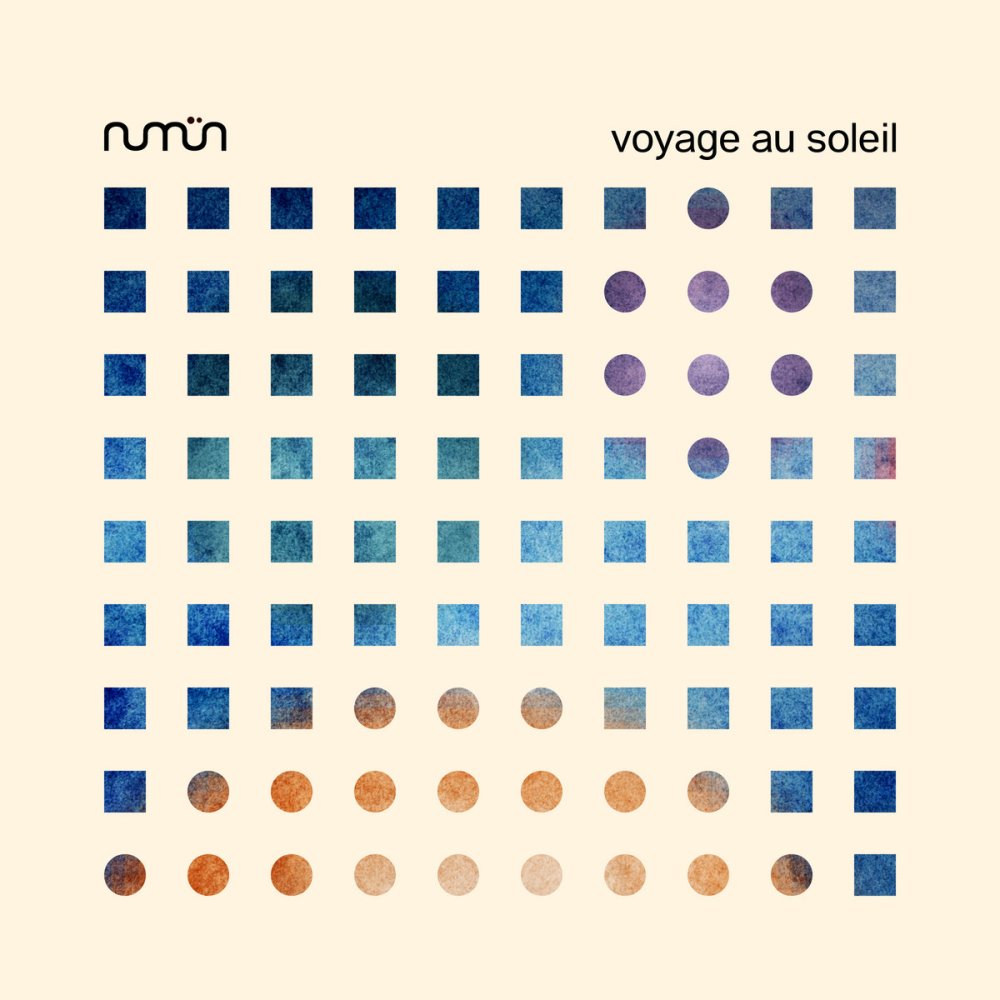 Previously the band released title track and accompanying video for “voyage au soleil”, now Numün lays some seriously heady vibes on us with “First Steps”. Their full-length debut voyage au soleil drops September 4th and originated from sessions the band had to commemorate the 50th anniversary of man’s first landing on the moon. The initial track, “Tranquility Base” was featured on the compilation, “The Moon and Back – One Small Step for Global Pop” and released on London-based WIAIWYA that same year. This led to Holmes, Mellin, and Romero continuing their collaboration which gave us voyage au soleil.

According to the band’s Bandcamp page:

Somewhere between Beck’s ‘Morning Phase’ and Anton Newcombe, voyage au soleil is a mission that only goes in one direction – forward.

That’s a heavy comparison, but I think well-deserving. To my ears you could add to that list Tortoise, Black Cube Marriage, Cluster, and Isotope 217.  Numün is steeped in the deep experimental and psychedelic underground world of minimalist music. A world of free form exploration, while still being tethered and grounded right here with us. It’s an exciting world, and one that voyage au soleil is based in.

Listen to “First Steps” below, then preorder voyage au soleil over at Numün’s Bandcamp page.