On May 29th and 30th, 2020 peaceful protests in Fort Wayne, Indiana in honor of the murdered George Floyd were corrupted by city police. Without provocation(and with the blessing of Fort Wayne city mayor Tom Henry) the FWPD shot tear gas canisters into crowds of non-violent protesters(with one protester losing his eye to a canister hitting him in the face), sprayed pepper spray into the faces of peaceful protesters deemed not complying fast enough(which included a 3-year old girl), and many were rounded up and arrested for exercising their first amendment rights. Those arrested were denied bail for misdemeanor charges and spent upwards of 48 hours in the city jail while Allen County prosecutor Karen Richards stated that everyone arrested will “serve time”.

Sadly this story is par for the course across the US as people are coming together to say enough is enough when it comes to police brutality in black communities in this country. One of the protesters that day was Breon Jones, aka Indiana hip hop artist FloStorm. Today he’s released his new single “The Message 2020” on Agnihotra Records. The song details his experience during the Fort Wayne protests, both with the violence instigated by the cops and his incarceration with nearly 100 other peaceful protesters that weekend. 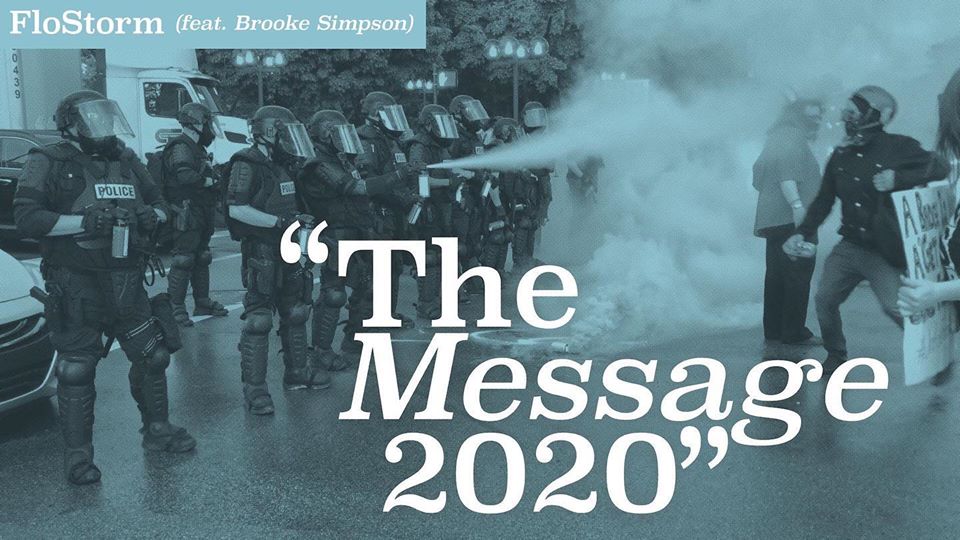 “The Message 2020” was produced, mixed and mastered by Morrison Agen for Berry Street Records. The song was written and performed by FloStorm, with additional vocals by Brooke Simpson.

Besides the new single, there is also a short 10-minute documentary shot, produced, and edited by Greg Locke and Dalton Tokarczyk. The documentary was shot at Berry Street Records and the Allen County Courthouse. Locke, a filmmaker and artist, was also at the protests and was pepper sprayed by the FWPD and arrested on the 30th.

Listen to “The Message 2020” below. You can watch the documentary here, and you can buy “The Message 2020” now over at Agnihotra Records’ Bandcamp page. You can also help the folks arrested by donating to this Gofundme to help with their legal fees.