It’s no secret that I do enjoy a nice alcoholic beverage from time to time, and my drink of choice is typically a good old pint of beer. I’ve dabbled in whiskey, rum, and even a hard cider once in a while, but beer has always been my go-to. Maybe it’s because I’d occasionally steal a sip from my mom and dad’s Strohs when I was a little kid. I got my taste for fire-brewed goodness at an early age. By the time I was 18 I’d have my older brother snag me a 6-pk of Budweiser and my cousin and I would split it and sit in my practice room in my parents basement. We’d strum tunes on acoustic guitars and sip on those red and white cans until we’d had our fill. It was fun, honestly(I’m not endorsing underage drinking. It was a different time, the early 90s.) That same cousin and I attempted our hand at homemade wine a couple years before. We bottled some grape juice with some yeast and let it sit in his basement for a few months. We camped out in his backyard and popped that bottle open. By itself it was a little tart, but when we mixed it with some Tahitian Treat it was like a foamy, fruity beer. Quite lovely.

So yeah, I’ve had a history with beer. It’s a simple pleasure, and one I try not to indulge in as much. With age, comes harsher consequences when you overindulge in such vices. But when I do drink I prefer a microbrew. With what’s going on in the world(you know, the whole pandemic thing) lots of local places are closed for the time being. I see a light at the end of this temporarily closed tunnel, as our state will start lifting the stay-at-home ordinances. But while things have been shut down local brewers have kept the lights on, so to speak. They’ve kept thing going with curbside service, and I’ve taken this opportunity to give my money to local brewers. It’s something I’ve wanted to do more of but just haven’t. We’ve got a couple brewers in my town, and I’ve hit them up recently. I drove an hour north on Thursday for two 4-pks of pints. It’s something that before all of this happened I wouldn’t have even considered that drive, but things have changed.

For one, I see a need to keep local businesses thriving. If everyone did that in their respective communities we’d all end up a lot better after the pandemic smoke has cleared. I’m talking beer here, but it could be anything; carryout food, comic books, record shops, etc. If you can afford to give back to the community while still doing something you enjoy, why not?

Second, I love beer. As with everything in life, the older you get the more your tastes change. I used to drink the mass-produced stuff. As long as it was cold and nearly see-thru I was good with it. But the days of binge-drinking and waking up in the morning feeling like a freight train ran over my head are done. I want to enjoy a nice pint of IPA, stout, or lager. Something refined but with a kick. Hoppy, malty, with a touch of sweetness. And an ABV that’s between 6.5% and 8%. Double IPAs are great when done right, but unless it’s a stout anything above 10% just seems like jet fuel to me.

Lastly, but most importantly, is that my wife is cool with taking an hour drive north so I can go buy beer from a local(ish) brewery. I’m still working, while she’s working but from home. She’s here at the house with three kids, two teens and a college-age adult, and keeping everyone on task. Creating schedules and routines, she’s keeping things running as smoothly as they can. An opportunity to get the hell out of the house for a couple hours sounds pretty good to her(even if she doesn’t even like beer.)

It’s like the old days, before kids, when we’d just hop in the car and go for a cruise. Nothing to do, no one to see, just us and the open road taking our time getting to nowhere in-particular. I’m hoping after this is all said and done we can continue these little road trips, maybe venture further north to Michigan and hit up places like Bell’s and Founders and New Holland Brewing Company. Lots of great places to eat up there as well. There’s also a great lake we can check out as well. Win-win. 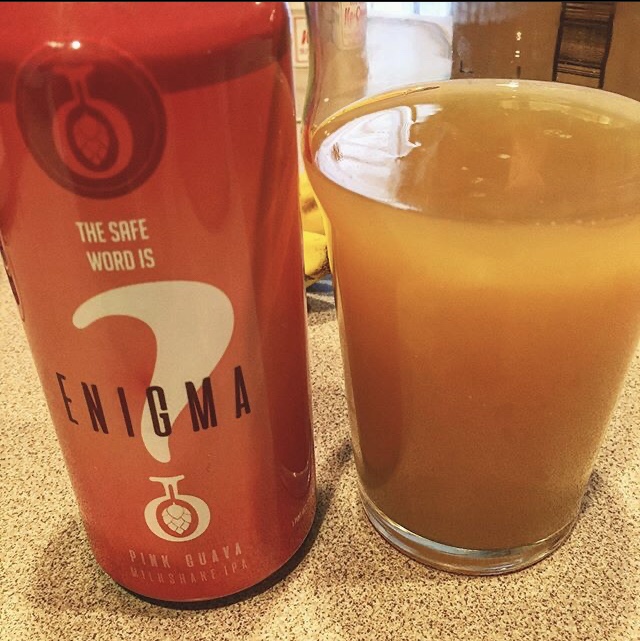 I’m sure as I get even older the beer indulgences will recede. Lots of carbs in those beers. Carbs and getting old don’t go together as well. But hey, moderation is everything. A pint or two on the weekend, paired with a week of hard workouts after work might just be the trick. The universe is all about balance, and that balance of exercise and the occasional pint might just be the trick to a happy existence. Or I’ll keep telling myself that at least.

If you can get out and support your local community businesses then do it. I’m doing my part, one pint at a time.

My hat’s off to amazing local brewers like Bare Hands Brewing, Evil Czech Brewing, Hoplore Brewing, Mad Anthony, Bell’s Brewery, and Upland Brewing. I appreciate your efforts and your brews. And I look forward to visiting your taprooms when the coast is clear.