I won’t go too crazy here as this record has been talked about ad nauseum since it’s release in 1970, but I just had to talk a little about Miles Davis’ Bitches Brew as it celebrated it’s 50th anniversary on March 30th. 50 years since one of the most prolific, forward-thinking albums to hit our puny little brains was dropped on our soft baby skulls. I wish I could say I’ve known this album for half my life or something, but that’d be a damn lie. I jumped head first into the deep waters of post-bop and fusion a little over 10 years ago, and bought myself a pair of nice noise-cancelling Audio Technica headphones and Miles Davis’ Bitches Brew for my 37th birthday. I’d already flipped out over Davis’ Nefertiti and In A Silent Way, but I had no idea what I was getting myself into with Bitches Brew. I remember putting it on the platter on my birthday after cake and ice cream with my wife, kids, and my parents. As “Pharaoh’s Dance” started in my dad looked at me and said “This sounds like the music in Dirty Harry.” 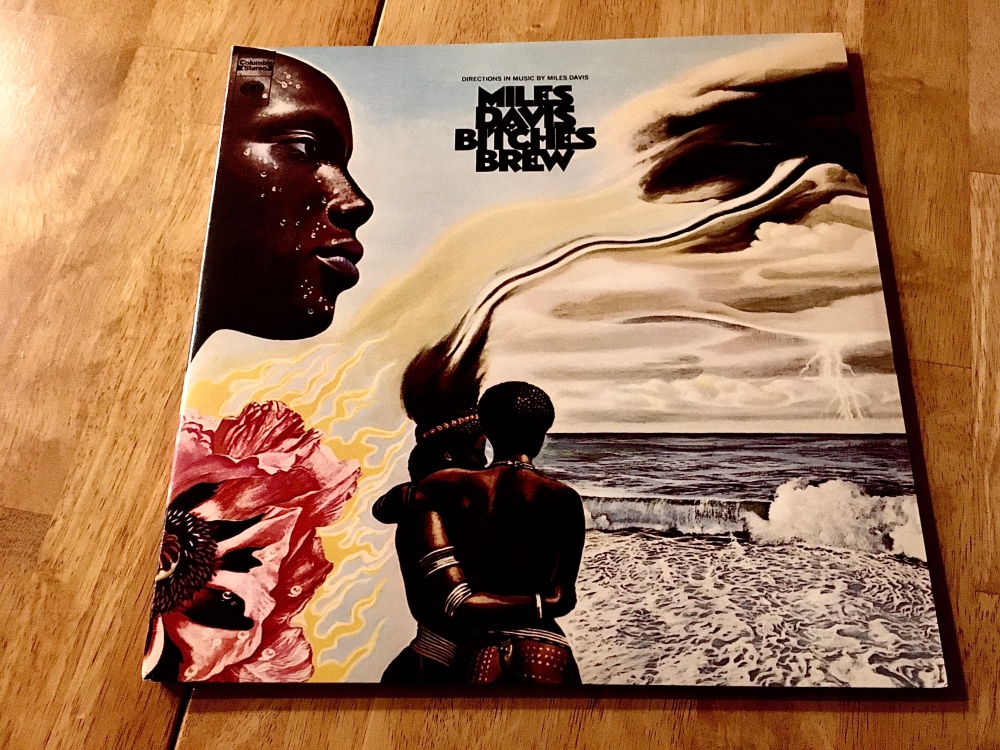 While I didn’t switch gears and start down the Lalo Schifrin road(still might eventually), I did fall into a serious Miles addiction. One which I’ve yet to kick. Bitches Brew was like this weird, dense musical world that felt like jungle fever in outer space mixed with an LSD chaser. There was a groove throughout, but it was saturated in dissonant electric piano, Miles’ delayed trumpet, and the dirty guitar riffs of John McLaughlin. Reading about how Davis found inspiration from the psychedelic music scene, and in-particular watching Hendrix perform I can totally hear that in his jazz/psych freakout album. There’s a menace to the sound. Like, if Bitches Brew was animated I’d imagine either Ralph Bakshi, R. Crumb, or Ralph Steadman doing it justice. Distorted, dirty, and delirious are how I see Bitches Brew coming to life. 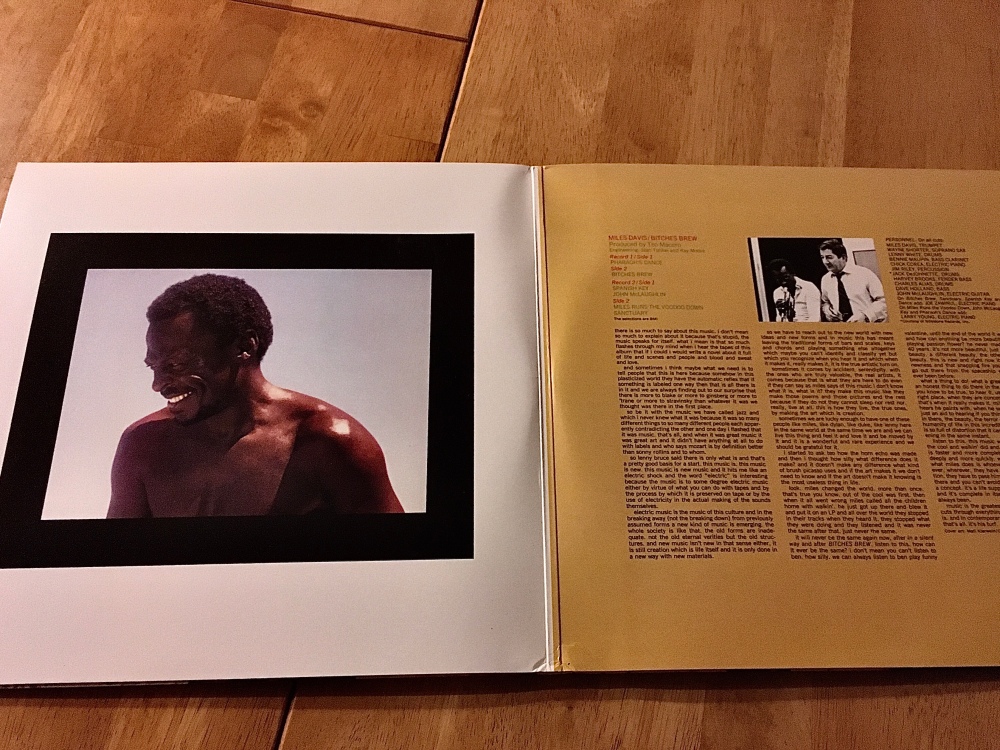 Of the tracks on the album, “Bitches Brew”, “John McLaughlin”, and “Miles Runs The Voodoo Down” are my favorites. Each one has its own vibe; city hustle, spacebo funk, and acid jazz permeate each of them. I feel they are the doors which open the widest to show us Miles’ headspace. And I always felt “Sanctuary” should have closed this record out, instead of “Feio”. It seemed like a more proper “sunset” vibe. I dig “Feio”, it’s just whenever I listen to the album it feels like it should’ve come after “Miles Runs The Voodoo Down” is all. Hey, who am I to argue song order with Miles and Teo Macero? I’m nobody, that’s who.

Do I think that Miles Davis’ Bitches Brew is a top fiver of all time? Yes I do. It’s as important as Sgt. Pepper, Let It Bleed, Born To Run, and Blonde On Blonde. It’s as monumental as any piece of music to come out of the 20th century. There was nothing like it before it, and nothing ever blew minds like it after. The Beatles redefined rock and roll, Miles redefined jazz. When you piss off that many traditionalists you must be doing something right.

Bitches Brew is one of those albums that I can only play around certain people without getting the mile long stare and slight discomfort in their eyes. It’s a special album that requires certain wiring in the brain. A lot of jazz is like that. You either lock into it or you don’t. Davis went from the cat’s meow in the eyes and ears of the dinner party crowds of the late 50s and early 60s to a guy playing his trumpet through a wah wah pedal and delay pedals. He went from impressionistic to abstract in just a couple years, and I can’t thank him enough for that. He bridged a gap between the jazz crowds of the lower east side and Newport, and the counter-culture. And whether they liked it or not. He saw an opportunity to expand jazz and minds, all in one acid-burnt double LP.

So happy birthday to arguably one of the most important albums to crush our psyches in decades. An album that continues to crush psyches and push us to explore spiritually and intellectually, Miles Davis’ Bitches Brew.

Still wanting more? Then go listen to Miles’ ‘The Lost Quintet’ album. It’ll fill the Brew void when it needs filled. Amazing live set with Miles performing cuts from Bitches Brew in 1969 with Chick Corea(keys), Wayne Shorter(saxophone), Jack DeJohnette(drums), and Dave Holland(bass). This album is absolutely smokin’. A studio album with this line-up would’ve been unreal.

One thought on “Miles Runs The Voodoo Down : ‘Bitches Brew’ Turns 50”