I used to read all the time. Sometimes I’d have two or three books going at the same time, jumping back and forth from Kurt Vonnegut, Stephen King, and Howard Zinn like I was some vernacular juggler in a literature tight wire act. Reading a book satiated a certain appetite in me that nothing else could. Reading is a type of entertainment that comes from a very clean, pure place. It’s not like binging a show nowadays. You binge four hours out of a Sunday on Netflix, Amazon, or whatever your fix usually is and you feel it. Like a mixing bowl of carbs lays in your gut like pasty flour and regret, watching half a day full of visual entertainment has a numbing, dumbing effect on your psyche. Certain synapses lay dormant in watching TV. Your brain goes on autopilot and parts go mushy. I mean, unless you’re watching a Ken Burns doc or four hours of “How-to” science shows and your taking notes. Then you just may be psychotic.

With a book it’s different. Binge on 150 pages of a book and it’s like boot camp for your mind. Your engaged with words and story and ideas and conversations you need to interpret and follow along with. Everything is popping, snapping, and sparking in your mind as your engaged with the words on the paper. It may take a few pages to get locked in but once you do you’re inside that author’s world and building your version of it visually. It’s world building and it’s the best workout for your brain.

Like I said, I used to read all the time. I learned from an early age you always needed to be working on a book. My parents always had a book they were working on. I found my love of horror because of my dad. He’d begun reading Stephen King back in the 70s, and I can remember dad pulling tattered copies of Skeleton Crew, Different Seasons, and Carrie out of his lunch box when he’d get home from work. I think the first Stephen King book I’d read was Cujo. Not a great first book of his to get started on, but at the time it kept my attention. I quickly moved onto Pet Semetery and worked my way thru dad’s closet King library.

From there I moved onto Peter Straub, Kurt Vonnegut, Hunter S. Thompson, and John Irving. Even before I deep dived into the heavier writers, I was hitting up my mom for cash in elementary school for Scholastic book fairs they’d have in the Leesburg Elementary School library. Man, there was no greater thrill in the early-to-mid 80s than perusing those giant metal cases on wheels they’d open up like a library within a library searching for Robert Newton Peck’s Soup series, dystopian sci-fi books like Robb White’s Deathwatch, and of course the many Choose Your Own Adventure series. Even without the giant metal cases, those Weekly Reader book orders were a thrill as well. That Friday when the books would arrive, anxiously awaiting the teacher to call my name so I could run up to her desk and grab my order. Man, truly great times.

As an adult there was always something new I was wanting to find. Collecting Henry Miller, Richard Bach, Sherwood Anderson, and Bret Easton Ellis books during mall trips at Walden Books or Reader’s World. Then attempting some Alan Moore and Garth Ennis graphic novels in the mid-2000s, much like CDs, books were something I collected and devoured.

Of course, with having kids comes having less time to read. Stealing little moments here and there, in-between naps and Spongebob episodes to make your way thru a couple pages. And really, most of the reading done in those early years were in books with titles like Maisy Goes To The Bathroom and Goodnight Moon. This was probably where binging television shows started for us. You do what you have to in order to stay sane, and for us it was binging O-Town on MTV on a Sunday afternoon. It was a hard knock life, indeed.

A great thing happened on the way to getting back to the written word, my son got into comic books. This was an opportunity to get back to reading pages and bonding with my son. We jumped headfirst into the word of Batman, Spiderman, Justice League, and X-Men. This led to some truly incredible books like The Long Halloween, Hush, Flashpoint, and Old Man Logan. I was reading like I was when I was my son’s age, except now we were bonding over these stories together.

Looking back I realize that while I wasn’t reading books like I had as a kid and clear up into my 20s, I saw I’d shared that love of books with my kids like my dad had with me. Our oldest was reading when she was three years-old. In elementary school it was Captain Underpants and Percy Jackson, then onto the entire Harry Potter series by the time she was 9-years old. My son was the same way, burning through book series after book series. So where I didn’t have the time to read because I was taking care of them and working, my kids were digging in on the written word and doing it for me. 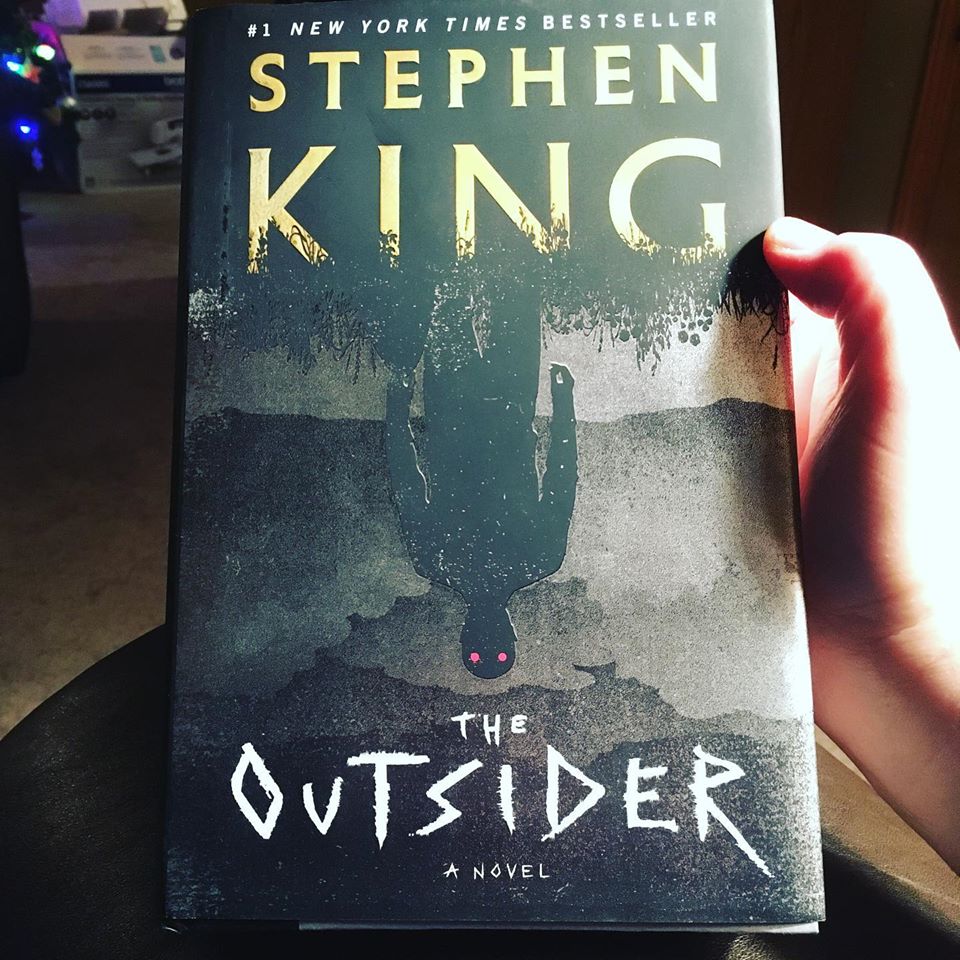 Now I’ve found the book again. I made a promise to myself that I was going to read like a madman this year. So far I’ve finished three books since January 1st. Two fiction books and one autobiography. With these bizarre and frightening times we’re living in I’m finding fiction books are where it’s at for me right now. I’m needing that escape mechanism, and fiction books are it. My wife is on the book train with me as well. The TV is off more than it’s on, and books are cracked open. I may be locked in the house hiding from the pandemic, but my brain has been running a marathon and it feels pretty great.

Feeling weird and cooped up? My suggestion is turn off the CNN and NPR notifications on your phone and blow the dust of that Kindle Fire your mom bought you for Christmas. Deep dive into a book. Or if you’ve got the real deal, grab one from your own stash and start reading. Check with your parents, they may have some hidden in their closet. That seems to be a good spot.

Got some suggestions? Let me know what I should read. You want some? Check these out: Stephen King’s The Outsider, Full Dark, No Stars, and Revival. B.R. Yeager’s Negative Space. Thinking you might want to check out some comics? Robert Kirkman’s Outcast series is great. Loeb and Sale’s The Long Halloween and Dark Victory are masterpieces. Paul Pope’s Batman Year 100 is another classic. Any of Jeff Lemire’s Old Man Logan and Moon Knight are well worth your time and money, too.