The man behind the imagined soundtrack project Alone 1980 likes to keep things mysterious. It’s a one man band from Sweden that makes seedy, eerie albums that feel like music from some late 70s/early 80s sci fi/horror flick you’d find playing at 1am on USA Up All Night. I’m sort of an expert because I was that teenager in the 80s searching for those films at 1am, hoping to find something that would creep me out(or at least titillate me.)

I’ve said this before and I’ll say it again, but the scores to those schlocky horror films were their saving grace. If it wasn’t for those woozy synth scores those films would be forgettable low budget sleazefests(is that a bad thing?) That weird guy(or gal) making heady sounds with an old analog synthesizer was the secret ingredient that made those films go from infamous to cult status. Can you imagine Fulci’s House By The Cemetery with out Walter Rizzati? I can’t. Or Evil Dead without Joe LoDuca? No way. The Fog without…well, you get my point. And that is, the composer was a vital component to why we remember those films after all these years.

Alone 1980 brings those feelings back to me, but without staying up till 1am searching for Slumber Party Massacre or Fear No Evil on late night cable TV. His albums evoke both nostalgia and wonder. You’ve felt these vibes before, but not quite like Alone 1980 does it. A lot of people are doing this imagined soundtrack trip, but not all of them are as good at making something nostalgic and unique. Alone 1980 is very good at it.

I recently spoke to the man behind Alone 1980. He will remain known only as Alone 1980. If you’d like to know more about him, hit up his Bandcamp page after our chat and get to know him thru his albums.

J. Hubner: So tell me about Alone 1980. How did this project come together?

Alone 1980: I have been wanting to make soundtrack inspired music (and especially horror-influenced) for maybe over 10 years. I had a band with a record deal, big tours and all that took up all the time before. But we couldn’t continue because of a band member, so after that I had to resettle and I could finally start my own project. As I made the music alone, the name felt suiting. I started making music under this name less than 2 years ago.

J. Hubner: Who or what are some influences on the music you create?

Alone 1980: There is a lot that inspires me I guess. Everything from smokey alleyways alá film-noir, to neon-lighted hallways alá Giallo. Definitely my childhood trips to the video store. All the horror covers I looked at as a kid, but wasn’t allowed to see. 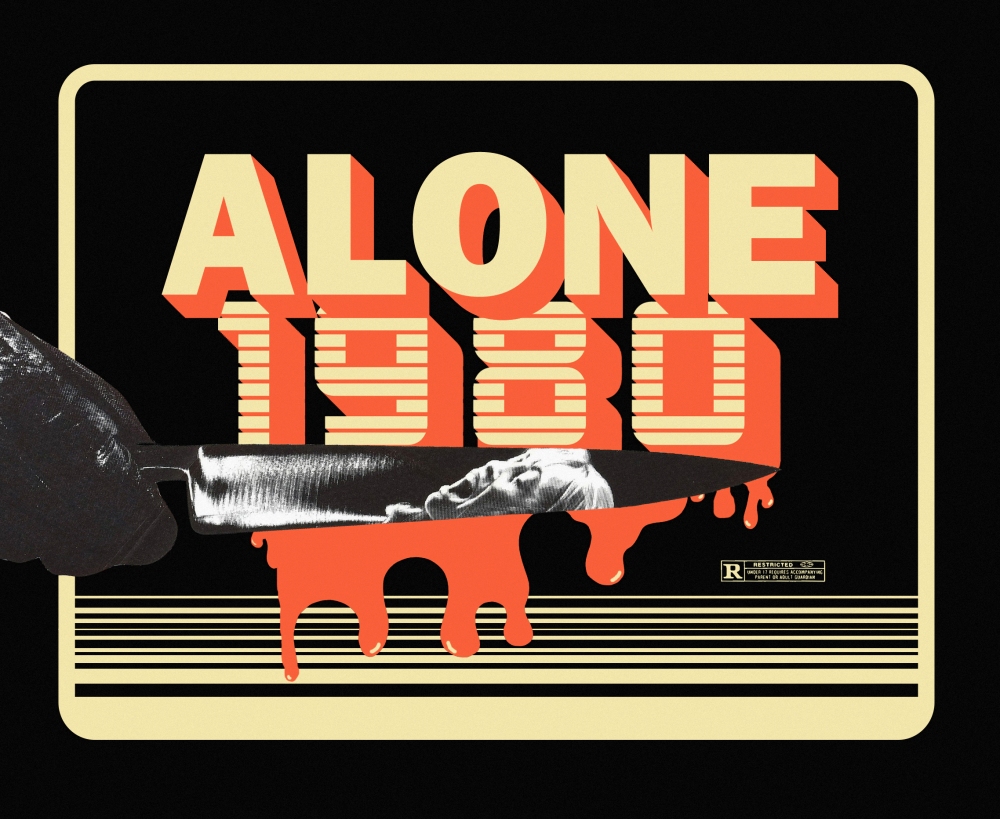 J. Hubner: What films and directors have made an impact on your work?

Alone 1980: Some directors I like are Polanski, Kubrick, Argento, Bava, Fulci, Carpenter, Ferrera, Scorsese, Jodorowsky, Tarkovsky, Cronenberg, Spielberg, Lynch, Winding Refn. The list goes on. Probably the same favorites as everyone else. I am a big movie buff so there are too many movies to mention, I usually watch movies based on what mindset I’m in. Sometimes I narrow it down to a specific scenery, actor, year or director. A good thing about having watched too many movies.

I also watch a lot of South Korean crime thrillers and 80s anime. Space adventure Cobra , Ginga Nagareboshi Gin and Starzinger are big inspirations. Hammer and Amicus films have a special place in my heart too.

Otherwise Krzysztof komeda, Hershell Gordon Lewis, Morricone, Frizzi to Stelvio Cipriani, Brad Fiedel etc…Carpenter and Goblin are the masters in my world as well. Without those two pretty much everything else wouldn’t exist.

J. Hubner: Do you pull any inspiration from books or classic horror literature?

Alone 1980: I don’t have time to read as much as when I was a kid but my childhood favorite books was Bram Stoker’s Dracula and The Hobbit. Been in love with vampires ever since. There was always a bookbus that came once a month to my neighbourhood that I used to borrow books from. I probably borrowed all the Stephen King books at least twice but never finished reading them. Too much else to do as a kid.

J. Hubner: Who are some modern composers you pull inspiration from?

Alone 1980: Newer composers who had an impact on my sound are Cliff Martinez, Rob and Sinoia Caves to name a few. Umberto also got me hyped on starting making my own project. I use to listen to alot of old 70s doom and space/kraut rock which probably inspired some of my music. Sometimes My Bloody Valentine or Shangri-Las can be equally inspiring. 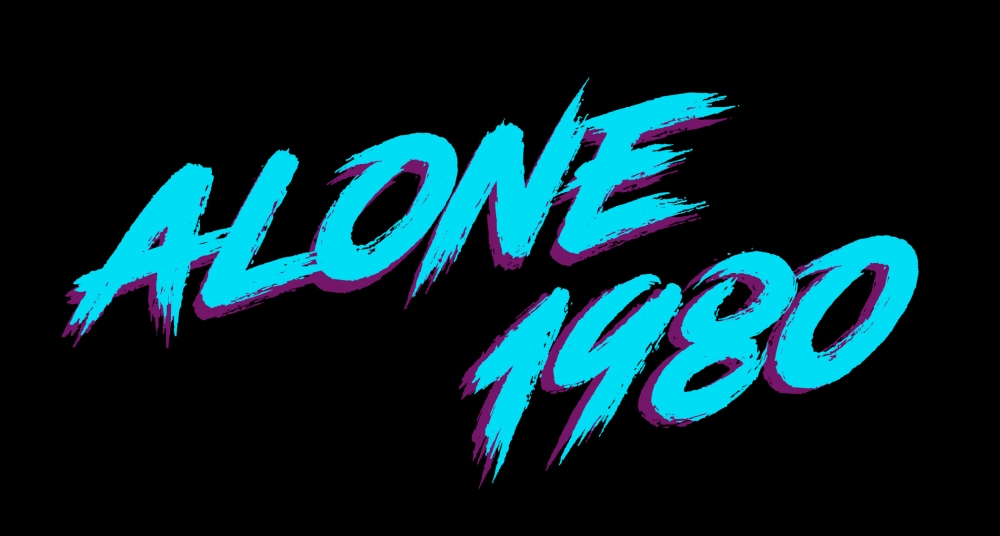 Alone 1980: I usually don’t have any specific process. Sometimes it starts with an arpeggio and other times I have a melody in my head. It almost never turns out as anything I had in mind when I first started. That’s what I love about making music, you never know what’s coming. Best therapy. The theme for each album comes pretty naturally when I listen back to all the tracks and I start giving them titles based on how they sound or make me feel. The album titles vary on how I come up with them. There is always a different feeling about each album somehow. Sometimes it all comes together by itself.

J. Hubner: Let’s talk about your newest album, ‘Humanity’. What’s the story behind this one?

Alone 1980: Not really much to tell, but for this one I wanted to use my Hammond organ more. I guess there are some fantasy elements in the sounds on this album. I really love Zelda – A link to the past videogame and old fantasy movies so maybe that has something to do with it. I just start playing an instrument and let the emotions take over. I made the artwork before the tracks were ready, and it looked and felt kinda like where humanity is going. A fitting title for where the planet is today.

J. Hubner: What’s some of the hardware you used for this album? Do you use both hardware and software?

Alone 1980: I use analog hardware synths and a digital Hammond organ. The drums are usually different loops or sequenced drum samples. Alot of 909 and 808 sounds.

J. Hubner: Do you have a go-to synth you can’t live without? 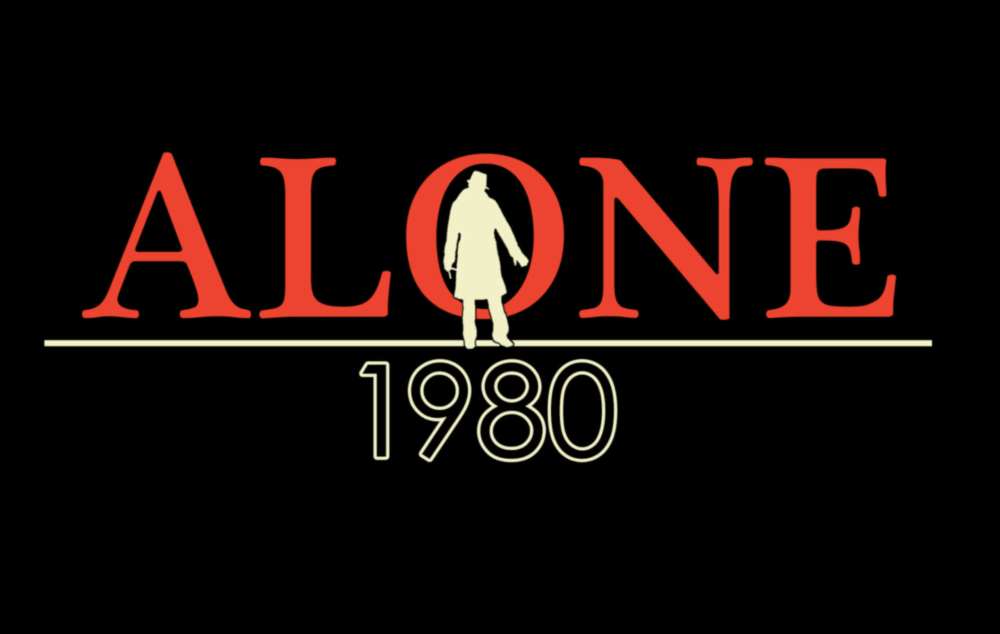 J. Hubner: The artwork for your albums is always very distinct. There’s a real connectivity between them all. Do you design your album covers?

Alone 1980: Yes I do all my artwork myself. I wanted to have a feeling of connection on all the covers. Sort of like an anthology. Its difficult to do something unique these days.

J. Hubner: So were you a horrorhound growing up in Sweden? Any favorite movies from your childhood?

Alone 1980: As a kid I was terrified by horror movies. Yet I couldn’t stop looking in the horror section at the video store. The artworks have always had a huge impact on me. I don’t remember if i had any favorite horror movies from my childhood but Hellraiser gave me some sleepless nights for sure. Besides being obsessed by Star Wars like all kids in the 80s, I still remember seeing Aliens and the Terminator as a young kid for the first time. Some of my best movie experiences as a kid. I guess Cameron got me hooked on Technoir from that day on. Goonies, Ghostbusters and Escape from New York were some favorites too that I remember. 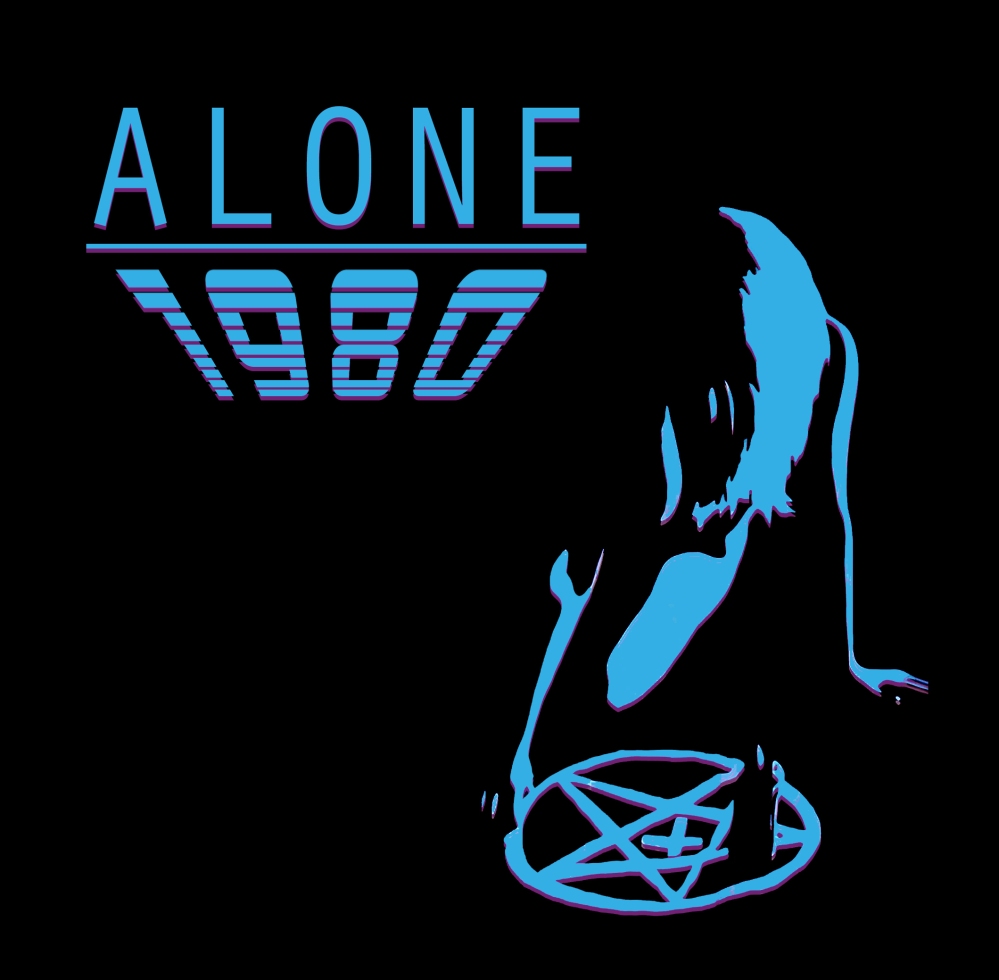 J. Hubner: How long have you been interested in electronic music?

Alone 1980: Growing up in the 80s synth sounds were all over. In movies, radio and TV. I subconsciously got fed with it. As a kid I listened to pretty much everything from techno to pop. Think anything between Prodigy to Ace of Base. In the mid 90s I started skating and listening to a lot of hip hop and that had a huge impact on my music I guess. The first Method Man, Redman, Nas, Outkast and Busta Rhymes albums where played a lot. Since I’ve loved movies my whole life, the soundtracks as I got older I understood how much they mattered to the films and to me as well. Suddenly I heard all the cinematic touches in every genre of music. I was then hooked.

J. Hubner: What’s one album you could never live without? A desert island record.

Alone 1980: That’s a hard one. Like with movies, music also depends on the mindset I’m in. If I where stranded on a desert island I would probably wanna hear something uplifting with a beat rather than an emotional shoegaze or ambient album. I would probably pick an old hiphop album. Maybe Southernplayalisticadillacmuzik by Outkast. I could have my own island party and name myself Alone 3000.

Alone 1980: I play music several days a week so there is always something being recorded. I have some material that didn’t fit the last album so maybe I will do my second EP. Right now nothing special is planned. A whole album takes a lot of time and work to make, and I think I might take a break for awhile. At least for a week.

Humanity is available now. Head over to Alone 1980’s Bandcamp page and give it a listen. In fact, give them all a listen.