No spoilers here. I promise.

Sitting in a theater packed to the maximum with grown men all around me sniffling, weeping, and sucking snot back up into their sinuses. Grown men in their 30s and 40s bawling like 5-year olds that just found out mom and dad are getting divorced, or that they can’t keep their new puppy because baby sis is allergic. Crying because CGI characters on the cinema screen are doing things; things that are moving them far more than they should be. But here we are 2019, in a theater that’s fully packed with grown men crying alongside young boys and teens as they watch superheroes on the big screen doing things, some for maybe the last time. So moved by handsome actors portraying comic book characters created by a couple grizzled New York writers and WW II vets.

This is the scene at Avengers : Endgame.

I sat enthralled for the entirety of Marvel’s grand goodbye to an era of comic book movies that started clear back in 2008 with Jon Favreau’s Iron Man, but which became grand cinematic events in 2012 with Joss Whedon’s The Avengers. I have thoroughly enjoyed the MCU. I’ve invested time and money and mental storage space for these behemoth films filled with explosions, destruction, cheeky laughs, and sometimes ham-fisted acting. But what a lot of people that think these movies are a waste don’t understand, these movies don’t take themselves too seriously. They’re in on the joke. Once you establish that you can settle in and have a great time with these characters. That’s not to say the MCU is one big joke. There is great acting, and has been since the beginning. The effects have always been next-level, and what these films have done is bring characters to life I was entranced with as a kid and would read about in comics and would watch in the afternoons on local channels. They’ve been brought to life in a way my elementary school-aged self could never imagine. 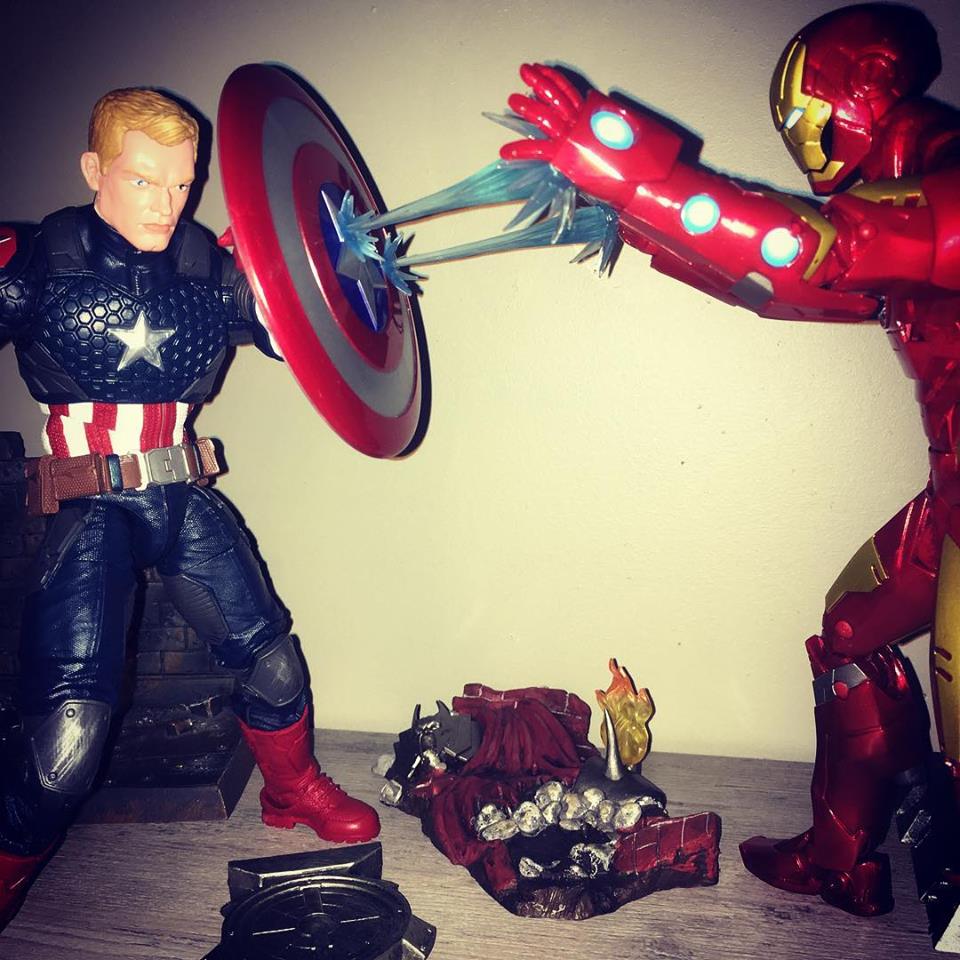 But grown men squeezing out tears and holding back howls of emotion and sadness? What? I was sitting there with my son and wife enjoying this billion dollar-making extravaganza, nearly 3/4 the way thru when something happened. I was watching this superhero movie when I felt this strange and overwhelming sensation. It’s the same sensation I got moving my oldest into the Indiana Academy three years ago. It’s also the same feeling I had watching my 15-year old when she graduated pre-school at 4-years old. Or when my son would make me superhero drawings and we’d hang them down in my studio. It was an overwhelming feeling of bittersweet melancholy. The feeling when your throat tightens and your eyes get a little blurry. A bittersweet squeeze in the feels that causes temporary blurred vision.

I was tearing up.

I wasn’t getting emotional for Cap, Iron Man, or Thor. I was getting emotional at what sitting there in that packed theater watching many of these characters, possibly for the last time, meant. It meant an end of an era for me and my son. I’d taken him to every MCU flick since Thor. These movies have been events, rituals even, in our lives since my son was 6-years old. 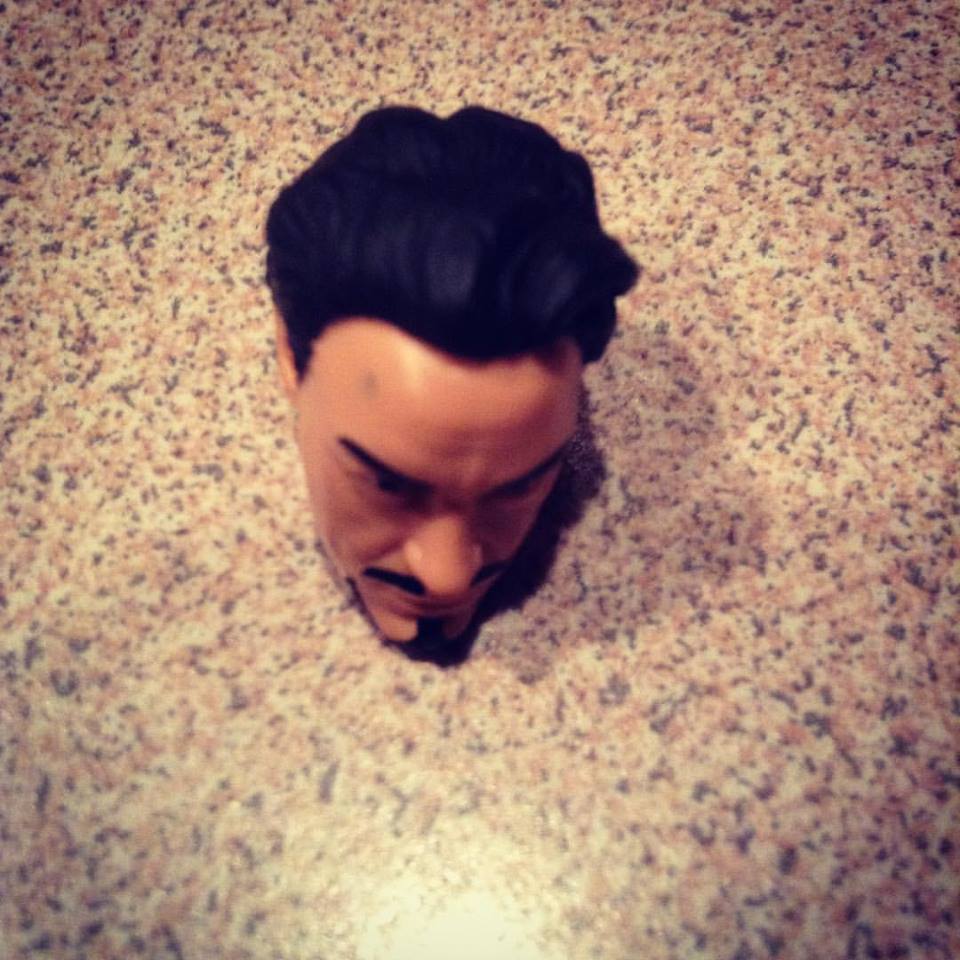 It was always a movie, then dinner, then a stop to snag an action figure from the movie we’d just seen. Sure we’d gorge on popcorn, but there was always room for chips, salsa, and cheese quesadillas as well. And picking that action figure? It was never a quick process. It was slow and methodical. That choice had to be just right because who knew when the chance to snag another Marvel Select figure would pop up again. My son certainly didn’t. Of course there was always the discussion in the car about how cool the movie was. That one scene where….that part when he said….how cool those effects were….what that post-credit scene hinted at.

As my son got older the more he knew, as he started filling his head with comics and graphic novels. Each time we’d see a flick, whether it was Marvel or DC, he’d be filling my head with info afterwards. He’d tell about this character or that character’s backstory and who he or she was connected with in other storylines. I was fascinated, mainly because I wasn’t sure at what point he started actually reading the comics instead of just looking at the illustrations. It was like sitting next to some comic book savant on the way home from the theater. 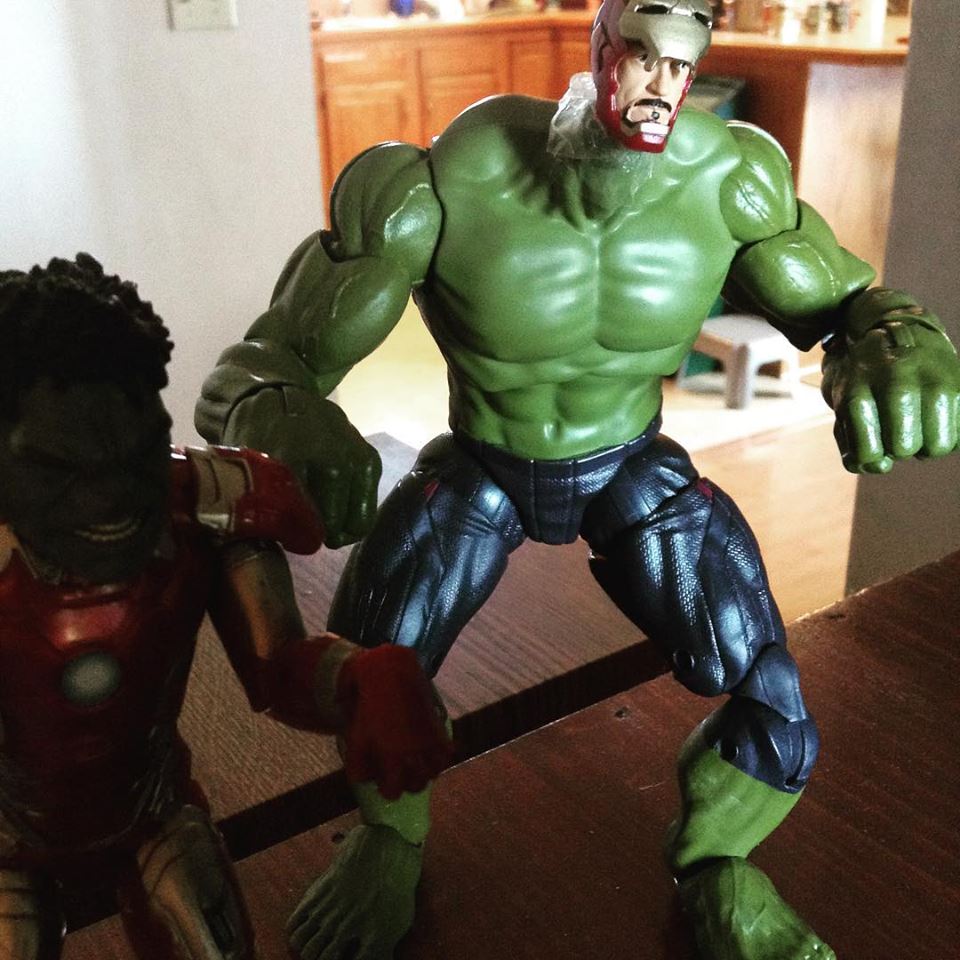 This process was the same after nearly every movie we’d see. Eventually his sisters decided they were into Marvel as well and when opening day would come for an MCU or DC flick, I’d pick them all up from school and we’d go straight to the theater and wait till the doors opened. We’d hit the very first showing every time. Avengers : Age of Ultron, Captain America : Civil War, Batman v Superman : Dawn of Justice, Avengers : Infinity War...we caught them all early on a Friday afternoon so we could discuss them all weekend. A father and son ritual that had been our thing since my son was barely out of kindergarten. 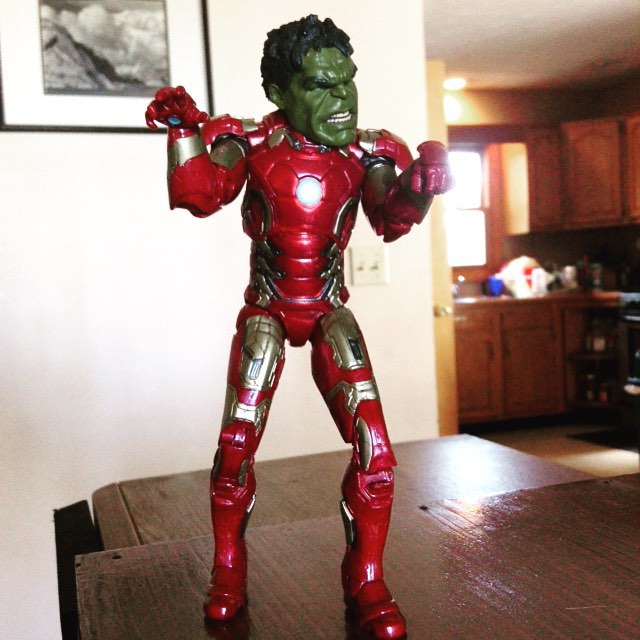 But sitting in that theater last weekend the heaviness of time passing and my kids not so little anymore came crashing down on me like buildings coming down on those superheroes on the cinema screen. That hot feeling I had on my face, the squeeze in my throat, and the blurred vision wasn’t from sadness for actors portraying Marvel characters. It was me saying goodbye to that younger guy and the little boy that were sitting in those theater seats back in 2011. It was the settling in of that feeling that these times are fleeting and limited.

Avengers : Endgame was a perfect and fitting ending to an era of absolute joy I’ve experienced at the cinema. In years to come when surely many more MCU eras will come and go this one will be the one that stands out for me. None will come nearly as close to being as special, simply because this was the era that my kids came up in. Our rituals and our conversations and our speculations will sit in my head and my memory for as long as I can hold them in there. And who knows, maybe those grown men weeping uncontrollably in the theater last Saturday were there with their sons. Or maybe they were thinking about when they were elementary school age and their dad took them to the cinema. Maybe the heaviness of time caught up to them as well. An existential crisis came down on them in that darkened theater, like Sokovia falling from the sky.

7 thoughts on “Father and Son Rituals(End of an Era)”