Was it necessary for someone to remake Dario Argento’s masterpiece Suspiria? Of course not. Certain movies were made of their time and don’t need tinkered with. They’re a product of the space they were created in; from social discourse to the political climate to just how the horror was interpreted, it’s all very time sensitive. As much as I enjoyed Tom Savini’s Night of the Living Dead remake, it was for all intents and purposes a remake of the effects and not much else. Carrie? Dawn of the Dead? Solaris? Friday the 13th? The Fog for Christ’s sake? No tinkering was needed, and yet someone felt the need to put a “modern spin” on already classic horror. While some of these were better than others, I don’t think any of them bettered the original. Not by a long shot.

Occasionally a director gets it right and finds new meaning in old cinema. They find a new angle and change things up enough that the story feels like a re-telling through new eyes. Luca Guadagnino’s remake of Suspiria, at least from the trailers, feels that way. Instead of aping Argento’s blinding reds, blues, and greens Guadagnino goes the opposite direction and gives us cold, post-war grays. Berlin in 1977 is still reeling from the horrors of the war, and the granite silence of the buildings has the sense of hiding dark secrets. Much like Berlin itself, the Markos Dance Academy is hiding secrets as well. What secrets? Well witches for one.

The contrast in looks between the original Suspiria and the remake isn’t the only big difference. Instead of going with the original(and incredible) score by progressive rock band Goblin, Luca Guadagnino again went in the opposite direction and hired Thom Yorke to score the film. Yorke has gone for a Gothic and mournful approach, at times sounding like Béla Bartók, Wendy Carlos, Jeff Grace, and Mica Levi. But for the most part, he sounds like Thom Yorke. Lucky for us that’s just what this Suspiria remake needed. 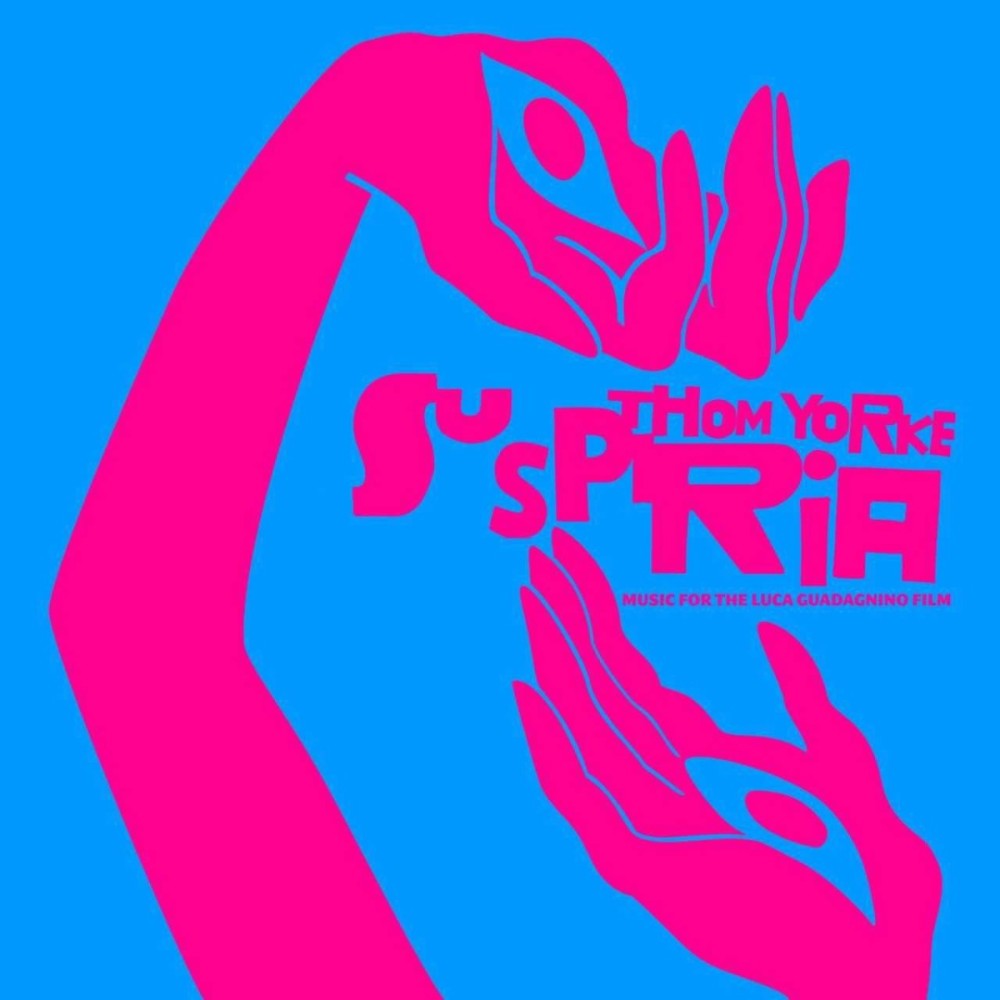 Thom Yorke’s approach to scoring Suspiria was to go for moods; from intimate moments to dizzying anxiety to nauseating dread. And when he’s not building little sonic suites with piano, synths, and strings, Yorke is doing Yorke. We’re given some incredible Thom Yorke songs here. “Suspirium”, “Has Ended”, “Open Again” and “Unmade” are all the kinds of songs that would’ve shown up on a Thom Yorke record, or at the very least end up a b-side to a single. They’re all pared down piano ballads. There’s an intimate quality with these vocal-led tracks, and it’s that quality that keeps us fans of Yorke.

The rest of the soundtrack is the kind of incidental music that colors in the moods we need to be feeling, and does it well. Thom Yorke has done a great job of writing to the look of the film. From pieces like the robotic and caustic “Volk” to the nearly 15 minute epic “A Choir of One”, Yorke reciprocates Guadagnino’s aesthetic beautifully(and frighteningly.) Thom Yorke works with what I’d call micro-orchestrations. He doesn’t seem to be writing for symphonies here. On this score Yorke seems to be concentrating on electronics, piano, and voices. The choir pieces work incredibly here, and with electronics definitely being in his wheelhouse he builds tension and dread expertly here.

Of course, I’m writing this review sans seeing Luca Guadagnino’s Suspiria. I do that quite a lot, talk about scores to films I haven’t yet seen. The right thing would be to see the film first and see how the score interacts and adds to the film before talking about it. Being that I’m located far from any sort of culture or cinemas that get the sort of film that Suspiria is, I’d be waiting months to talk about this special piece of music.

Thom Yorke’s Suspiria soundtrack works completely on its own. It stands as an engaging piece of music, with both incredible solo songs and harrowing incidental music. Was I curious as to whether Thom Yorke could pull this off? Yes I was, and I think Thom Yorke was as well. Luca Guadagnino made the right choice here. His story has a similar skeleton as Argento’s but it’s a much different sort of flesh he hangs on those bones. Thom Yorke, similarly, takes inspiration from Goblin but goes for a more quiet, restrained approach. That approach is engaging and pulls you into this world of whispers, secrets, and ultimately inexplicable dread.

15 thoughts on “Thom Yorke : Suspiria(Music for the Luca Guadagnino Film)”