There are a lot of incredible artists out there doing some amazing, forward-thinking stuff in the electronic/heavy synth musical world. So many that sometimes it can be overwhelming to get my head around them all. But I still try, because that’s what I do. I put as many otherworldly sounds into my brain as I can. You buy the ticket, you take the ride. I bought a lifetime pass a very long time ago, so I keep taking the ride.

So for quite some time now I’ve been obsessing over a guy named Simon Pott. He works under the mysterious name Isvisible Isinvisible. I first heard his work a few months back when he released his debut self-titled cassette release with the most excellent Burning Witches Records. That album grabbed me immediately. Not only for his excellent compositional skills, but that he works solely in the modular synth world. You know, those flat boards that look like a Lite Brite being used to contact the dead? Wires, leads, flashing lights, and many a knobs twisted and turned to create these analog realms of science fiction noise. There have been lots of excellent dabblers in the modular synth world, but not many used the modular synth as an instrument of melody like Pott does. 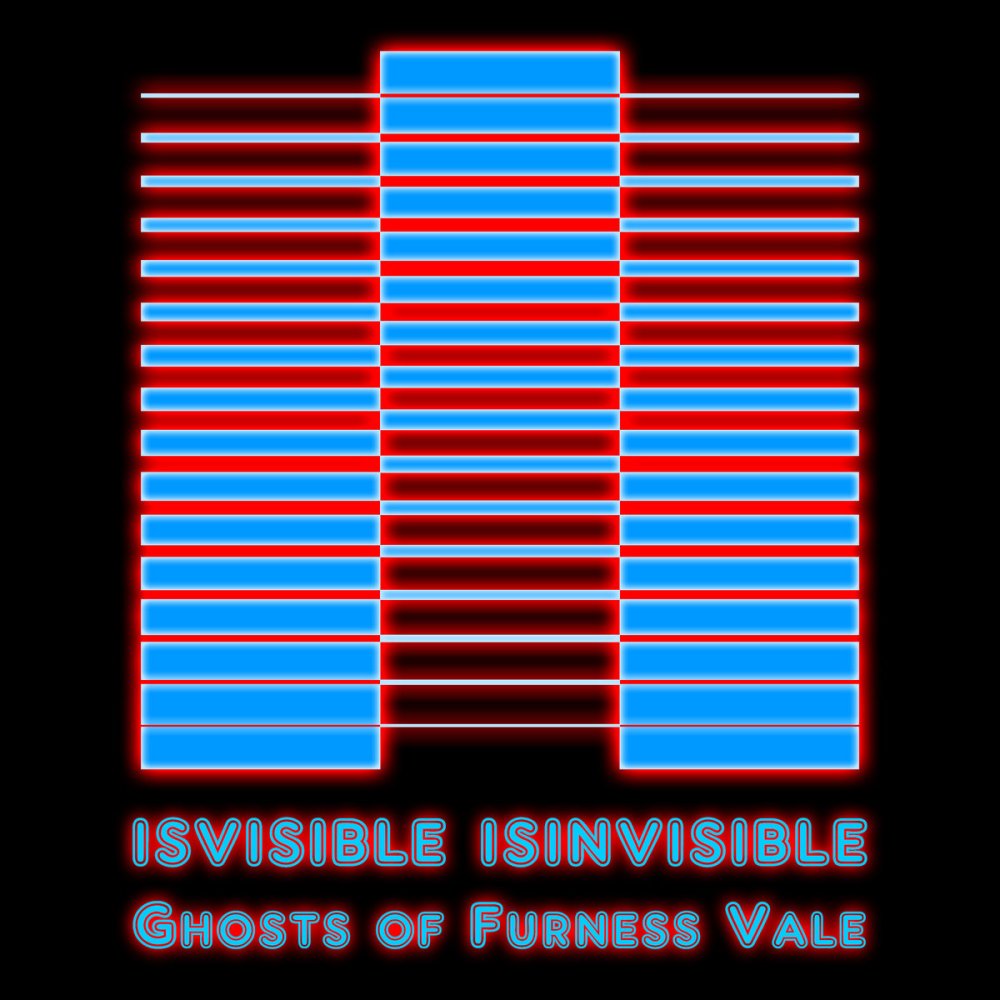 Before Isvisible Isinvisible’s debut with Burning Witches, however, Pott released Ghosts of Furness Vale back at the end of 2017. It’s as equally a stunning album, with the same melodic twists and turns as the album that proceeded it. It’s not as sprawling a work as Isvisible Isinvisible. It’s a more self-contained statement. A personal piece that delves into Pott’s formative years, told thru buzzing realms and electric emotion.

“Kill Screen” lives up to its title. It’s nearly 10 minutes of driving Krautrock, buzzing ominously at the beginning but quickly falling into an android groove that would fit nicely into some deep space nightmare. “The Dark Carriage” is equal parts old school techno, post-punk oppressiveness, and intricately-woven electronics that works its way to a buzzing end. “Jumping The Ditch” almost has a pop vibe to it. I could almost hear Dave Gahan singing something over this track. Of course Pott fills in a voice with the whining breath of various electronic devices. He sings through wires, knobs, and intuition.

I spoke to Simon Pott not that long ago. He spoke of the village Furnace Vale where he spent a good portion of his youth. Pott had spoken about how Furnace Vale existed within the shadows of the Peak District, or “The Dark Peaks”. This time in his life must still resonate with him, as Ghosts of Furness Vale feels as if it exists within shadows. There’s a feeling of the unknown that permeates throughout these songs, as if they buzz in a different language that only those who know The Dark Peaks will truly understand. As I sit and listen to something like “The Sleeper”, I can imagine clouded memories and muted moments that I never experienced myself. It’s as if thru the music and drones there’s a transport of psyche to where I can get a glimpse of this other world I’ll never know.

Each of these songs feel like a musical photo album to another place and time. “The Brickyard”, “The Social Club”, and “The Ghost of Diglee” all act as conduits to a young man’s memory told by that same young man, but older with distance and perspective. It’s the mystery of youth trying to be unlocked. They all build up to the climactic and mysterious “Things Found in The Woods”. There’s a mournful feeling to this closing track, as if the thing found in the woods wasn’t pleasant, but necessary.

Isvisible Isinvisible’s Ghosts of Furness Vale is a musical journey into the past and its story locked in the shadows. A revisiting of places and things left behind that may hold a secret to the present. It’s also an amazing and mysterious electronic album that will please both the hardcore synth fan and those merely looking to escape our realm for a bit.

One thought on “Isvisible Isinvisible : Ghosts Of Furness Vale”