I’ve been sitting here trying to wrap my brain around the beautiful and mysterious Swim by Phantom vs Fire for a few days now. I’m still struggling to put into words what’s going on here. While it could sit comfortably in the imagined soundtracks genre, I think to label it as such would be doing the extraordinary work Phantom vs Fire’s sole composer/creator Thiago C. Desant has put into making the dream-like world contained on Swim. The pieces do feel as if they’re accentuating scenes and moods, yet there’s so much more going on here.

Simply put, this is a one of a kind album that you must immerse yourself in to truly appreciate the magic it contains. You need to open your brain to its alien worlds and meticulous production values and explore the darker corners, as well as the lighter ones. Swim is a mysterious world that begs you to get lost in it. 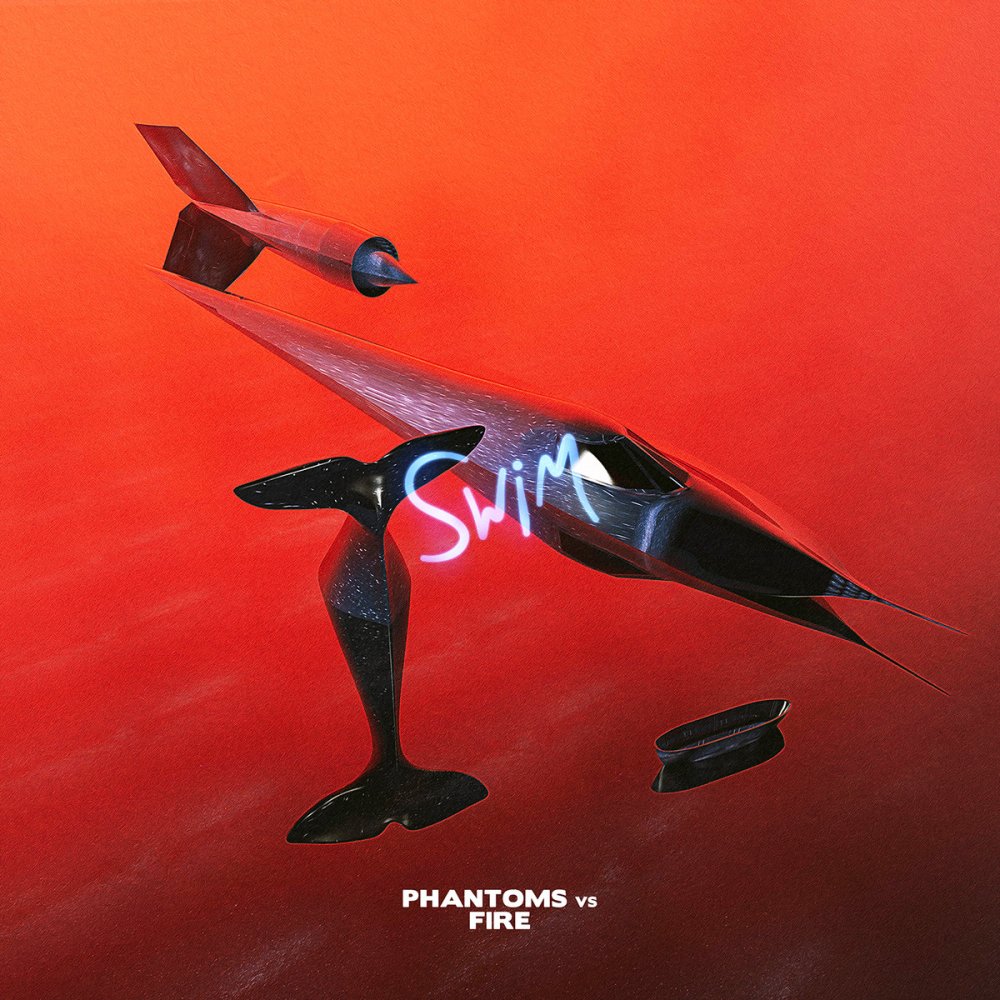 The wonderful thing about Phantom vs Fire is that you can’t pigeonhole the sound. Desant mixes organic and synthetic instrumentation wonderfully. Woozy synths collide with grandiose strings, acoustic drums melt into syncopated, robotic rhythms, and symphonic structures give way to old school electronic. All of this makes for a dream-like state as you lose yourself in Swim. Something like album opener “Breathing”, for example, gives you the impression of walking thru the hallowed halls of an ancient structure. As the song moves along tension rises as strings quicken and tighten, as if the floor is disappearing under your feet. Title track “Swim” bounces in on staccato strings and airy drums and vibes. This is not the norm, and that’s a very good thing. “The Beach House” has an almost island feel in the rhythms. As to not completely let you get lost in the Caribbean vibes, some electronic wooziness is added to throw you off a bit. “Nightmares and Dreams” lays down some dread. Think 80s late night horror, but with modern touches. Desant seems to revel in the tiniest of production and sonic details, which makes this track a smorgasbord for the ears. The piano touches give this track some NIN weight.

Desant works within the realm of film composer for sure. He builds scenes, moods, and emotions as if he’s guiding us through a story. There is a dichotomy of moods here. On one hand you have what feels like old school soundtrack vibes, complete with woozy synth structures and the rhythmic waves they ride in on. On the other hand there are these producer-heavy tracks that ache to be played for a club and a sweaty crowd.  Something like the pulsating “Atlantic” leans more towards the sonic worlds of Arca and Baths as much as it does Carpenter and Frizzi. It’s delicate percussive clicks and snaps push along the melodic tension beautifully. “Nightwalker” floats along on a cloud of unease and sickly synths. It permeates a certain kind of dread that invites repeated listens. Then there’s the exquisitely subtle “VHS Hypnosis” that starts out with a Boards of Canada lean but sinks into rather Gothic waters. This song is a perfect example of all the voodoo Desant works with to create his unique sound. “The Invisible Sea” is yet another example of the creative work being done here. All the musical pieces seem to swirl together into a kaleidoscope of sonic textures and unresolved tension.

Thiago C. Desant’s Phantom vs Fire seems to be a project of endless ambition and emotional release. On Swim there’s a sense of putting in everything plus the kitchen sink. A lesser artist might’ve made a mess of this record, but Desant’s steady production and engineering prowess weaves together these sonics with precision and deftness.

Swim is a bold statement from a bold artist.

7 thoughts on “Phantom vs Fire : Swim”