In space they can’t hear you scream.

Well who’s they, and why would they be close enough to hear you scream? In space, the desolation is overwhelming, especially on a 10-year run into an exploration program that is sure to deteriorate my muscles and re-write my DNA enough that by the time my feet can hit good ‘ol American soil I’ll need to be held up by soldiers that don’t know me because the muscle mass in my legs will be nearly gone. By then my loved ones will have forgotten me; wife will have moved on and my children will only have vague recollections of the man they called “dad”.

There’s no point in screaming in space. The existential loneliness is worse than anything.

I must carry on, though. If I don’t, there will be no soldiers to carry my bag of bones out of this chromed-out space truckin’ machine. I’m following orders straight from The Dresden Codex. It states an officer of the Intergalactic Alliance must make the trek from earth into the outer galactic realms in order to search for answers to the mysteries of retaining life on our planet. Bodies of water have dried up, destroying marine life planet-wide. The air has gotten toxic to where air pacs and full body suits are needed for protection in just the shortest of time frames outdoors. Mother Nature has become a Hazmat nightmare, spitting acid grins every time the fading, dried blood-colored sun rises and sets every 5 days(for only 10 hour increments.) Certain spots in the United States, mainly in the Midwest, the earth has cracked open and swallowed homes, schools, towns, and in some places counties and left in their place massive chasms that lead to the center of the planet. Rivers of looming doom; lava flows that spit magma miles into the air and occasionally take out Life Detection Drones. There are “safe zones” in Canada and Europe, but we don’t know how long they will remain safe. The New York safe zone was zapped by radioactive lightning and turned to glowing soot.

We pissed off our maker, so now he’s unmaking us.

But for mankind, I will fly into the Teleforce. The unknown light emanating from the darkness of deep space in order to look for answers to how we can fix our mistakes. How we can reverse our almost certain death by our own egotistical need for “more”. Chomping at our natural resources like a spoiled child at the dinner table wanting more, more, more. The fastest vehicles, the biggest homes, the most convenient means of saving a buck in order to splurge on ourselves. We built a throw away society made from plastics and poisoned gases that will never biodegrade. We stuck a straw into the earth and sucked till she was dry as a desert-scorched bone. We collapsed the terra firma into itself giving way to a scarred face of dirt and dead foliage, which then turned into blisters filled with hot magma. They burst, belched into the waning blue skies a cocktail of gas and melted rock that would give us 80 years of a demonic dusk.

This is mother earth’s nuclear forever. A gift to her spoiled children.

So I sit in this capsule, this galactic silver bullet, and search for an answer. Molecules, nutrients, intelligent life, other universes, and a new home are all part of project Timespan. Despite the mistakes made by our forefathers and their forefathers, I’m determined to find a new home. I’m determined to come through for all of us. Someone once said that the past is a grotesque animal. The past is far worse than any animal. It’s a looming, destructive storm just inching away in the rearview. I’m not sure I can move fast enough to escape it, but I’m doing my best. For mankind’s sake, the answer must lie in the Teleforce. Somewhere in the Teleforce. 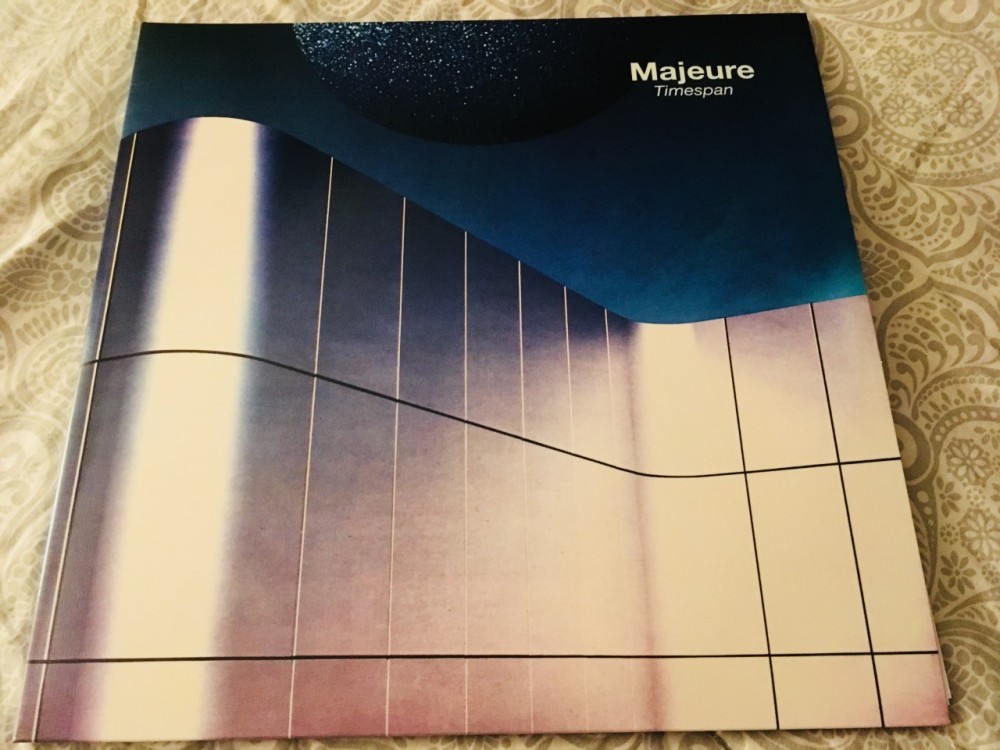 The following was inspired by Majeure’s Timespan Redux, a remastering of AE Paterra’s 2010 space rock masterpiece. A weekend purchase that filled my head with visions of intergalactic travel and end of the world storytelling, the album almost wrote the above narrative itself. I merely sat at the computer and typed while indulging in a lager or two. Paterra’s solo work sometimes gets overlooked as his Zombi bandmate Steve Moore has found solo success as a film soundtrack go-to guy. I’ve only recently delved into Majeure’s work and it’s a glorious world of Tangerine Dream visions and progressive rock touches. His drums are still very present, but the synth loops and soundscapes he creates are what make Majeure, in particular Timespan, such an engaging listen. 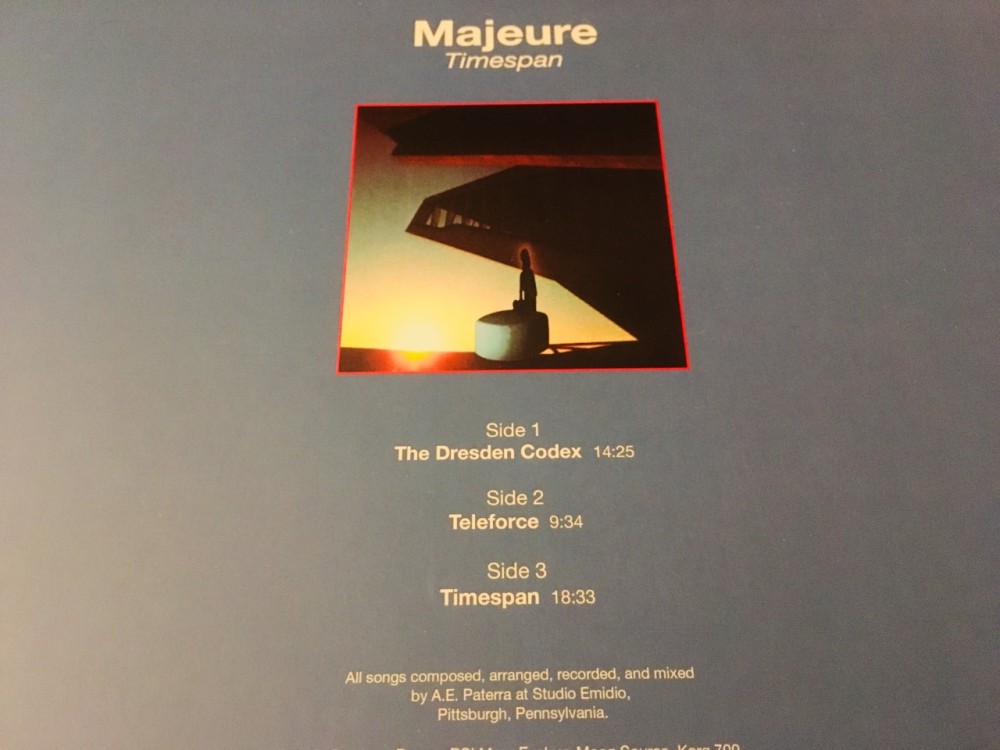