I believe we’ve entered the John Carpenter renaissance. Five years ago the man was on the bitter end of a film career that had seen better days. To those in the know the 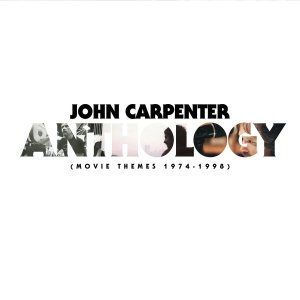 man was and is a filmmaking icon. His subtle nuances, patient tension building, exquisite camera work, and of course his film scoring has gone on to inform and influence the genre of horror for the last 40 years. But by the mid-90s his films were suffering from both lack of creative source material and from the man’s own creative burnout. In later interviews Carpenter sounded fed up and tired of the whole industry. It seemed one of our greats had hung it up for good.

Then something sort of amazing happened: A younger generation of talented filmmakers began paying homage to the man thru their own films. Guys like Nicolas Winding Refn, Adam Wingard, David Robert Mitchell, and Jeff Nichols were putting out amazing films like Drive, The Guest, It Follows, and Midnight Special that had obvious visual and soundtrack nods to the “Master Of Horror”. The guy that seemed to have been put to the side in favor of schlocky horror and cheap thrills was finally getting the respect he deserved. Somewhere in there Carpenter began recording albums with his son and Godson. Those albums were Lost Themes and Lost Themes II. He toured for those albums as well and seemed to have found that creative spark once again.

John Carpenter, along with his current collaborators Cody Carpenter and Daniel Davies, have returned to the recording studio to create Anthology: 1974-1998. Where the Lost Themes albums were music pieces that never got used in Carpenter’s films, Anthology is reimaginings of John Carpenter’s most beloved scores. The result is a striking look at just how diverse an artist Carpenter truly is.

If you happened to pick up Carpenter’s single series thru Sacred Bones a couple of years ago then you already have an idea of the serious cool collected on this LP. That series had the themes from Assault On Precinct 13, The Fog, Halloween and Escape From New York. They’re all included here, but we’re also treated to the rocking “In The Mouth Of Madness”, which has some all-out guitar crunch. There’s a Dokken/Queensryche feel in the metal-ish vibe. “Porkchop Express(Big Trouble In Little China)” also has a strutting 80s rock swagger, complete with DX-7 synth fun going on. You can almost see an aged and grizzled Jack Burton(Kurt Russell) driving down the highway in his big rig looking for new adventures as this one plays. “They Live” is a little bluesy and a little late night jazz, with both some serious blues harp and moody guitar.

Though there’s some mildly dated rock mojo here, I think these versions fit the films and the characters that reside in those films rather well. Carpenter and crew also take a stab at Ennio Morricone’s excellent “The Thing”. He turns it into a dread-filled slow synth burn. This one is great. “Starman” is another big surprise here. It’s sweeping keys and melancholy vibe are quite stunning. It’s an underrated piece(as well as an underrated film, too.) “Dark Star” puts me in mind of current day synth wizards like Videodrones and Slasher Film Festival Strategy. It may be updated, but it still holds a nostalgic vibe to those early 70s. “Prince Of Darkness” is all Gothic stabs and dread-filled synths.

One of the big highlights is “Christine”, which sounds like it could’ve come off a new S U R V I V E album. John Carpenter shows why he truly is the “Master” on this track. Rock guitar comes rolling in and the song almost morphs into something resembling “Moving In Stereo” morphed into 80s Tangerine Dream.

John Carpenter sounds like a guy renewed and reinvigorated. His work on these albums over the last two years show a man with a newfound passion for creating. Anthology : 1974-1998 is further proof that you can’t keep a good man down.