New @holodeckrecords single out today. Michael C. Sharp drops the Komische-heavy “Motor Pt. 2: White Lines”. Link in bio.
Final entry into the Mondo “free shipping week” order is one of my favorite scores of 2019. Simon Waskow’s work on ‘Luz’ is absolutely brilliant. Really lifted the film to new heights( and it was already pretty high in my book.) I love this score. Ready for what is next from Waskow.
Next up, finally got my hands on @mreffmusic excellent ‘Eyes Down’ from last year. And the @mondocon exclusive variant to boot. Another banger from those @burningwitchesrecords fellas.
Reuniting with an old friend. @foundersbrewing Centennial IPA.
@mondonews order arrived after a USPS adventure. First up is this beauty from RSD2018. Love me some Mozart, and performed by Florian Fricke? Yes please.
Extremely excited for a new @rivalconsoles record. The title track makes me even more so. Link in bio.

Besides being a pretty amazing year for new albums, there have been some amazing film and television scores that have come out in 2016. Now a couple of the soundtracks I picked up this year technically were released in 2015, but that’s merely a technicality. I bought them and loved them in 2016 so they’re ending up on this year’s list.

Here, without further adieu, is my list of favorite scores of 2016.

Fight Club hasn’t aged all that well with me. I discussed this in great length just a couple weeks ago, but that was only in an effort to praise just how good the score by Michael Simpson and John King, aka The Dust Brothers was. Due to the film’s dark humor and overall dreary atmosphere the soundtrack needed to facilitate the mood in that direction. The score is like a dark trip-hop album, with bits of light and gallows humor dispersed throughout. If it wasn’t called Fight Club S/T it could just be considered a great trip-hop album. The Dust Brothers are no strangers to creating mood through a musical patchwork of loops and samples, and here they work to make David Fincher’s cult hit much better than it really was.

I’ll be perfectly honest here, the only reason I bought this album was because of my 11-year old son. We saw the movie in the theater and he was much more of a fan than I was. When the record was released I had no intention of buying it, but when he saw it he was like “That would be great to have, wouldn’t it?” I can’t deny my son’s enthusiasm for vinyl buying, so I chucked the $35 at my local record store guy and grumbled to myself as I walked to my car. Truth be told, it’s a pretty amazing score on its own. Zimmer knows how to create mood for a film, and with Junkie XL adding a bit of ADHD energy to the whole affair it turns out to be a damn good score. It’s sprawled across five sides of vinyl, with the 6th side being a killer etching.

Be prepared to have some serious play fighting in the living room and some fist-to-pillow violence when you play this one in the house. 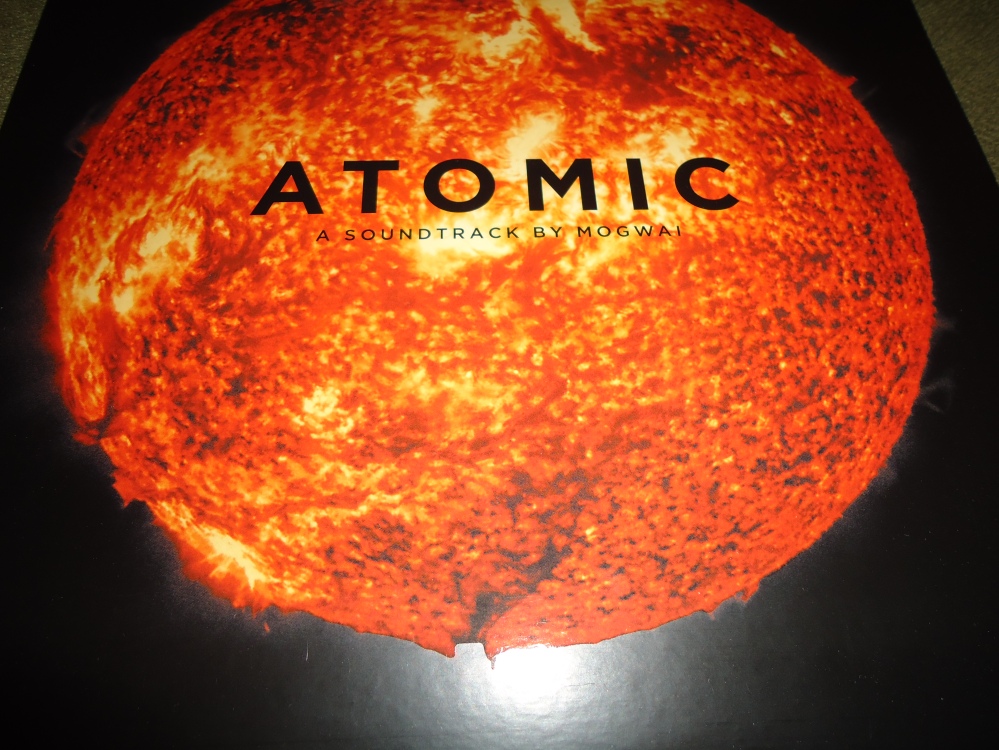 Mogwai have found something that can keep them working until they want to retire: film scoring. If they grow tired of trying to reinvent what they started nearly 20 years ago they can write someone else’s vision. Atomic is the score to a documentary about the bombs being dropped on Japan and it paints a subtle musical interpretation of the film’s darker themes. With their score of Les Revenents and the new Leonardo DiCaprio documentary Before The Flood, in which they collaborate with Trent Reznor and Atticus Ross, they show that they’re far more than purveyors of the post-rock crown. In fact, they’ve melted the crown down and made really nice cufflinks out of it. Something they can wear when they’re nominated for their first ‘Best Film Score’ award.

I first heard Kreng, aka Pepijn Caudron, last year when he created one of my favorite scores for the horror/comedy Cooties. This year he scored the thriller Camino. I have not seen Camino, but if the score is any indication it’s one hell of a ride. Kreng shifted gears this time around and went for a more orchestral sound, leaving the trip-hop vibes for another project. There’s lots of shrieking strings and tense use of sound effects, with an overall heavy vibe. Kreng has become one of my favorite composers and I look forward to whatever he has coming up next.

Kurt Stenzel created an intimate synth score for Frank Pavich’s doc about the Alexander Jodorowsky’s doomed attempt at bringing Frank Herbert’s Dune to life. Stenzel uses pieces of conversation from the film and works them in seamlessly to space-y synth and guitar that at times almost feels mystical in its use. It’s an existential trip that I think Jodorowsky would be quite fond of, if he hasn’t yet heard it.

I think it’s safe to say that David Lynch’s Lost Highway was one of the most batshit crazy films of the nineties, and one of Lynch’s most absurd films(that’s saying a lot, people.) But if you looked past the doppleganger twists, noir-in-Hell story, and Robert Blake’s frightening makeup the movie had a pretty solid soundtrack. Bowie, Trent Reznor, Smashing Pumpkins, Lou Reed, NIN, and Angelo Badalamenti. The soundtrack was produced by Reznor and it has the flavor Reznor holed up in a house freaking out. It’s great having this thing finally available on vinyl. 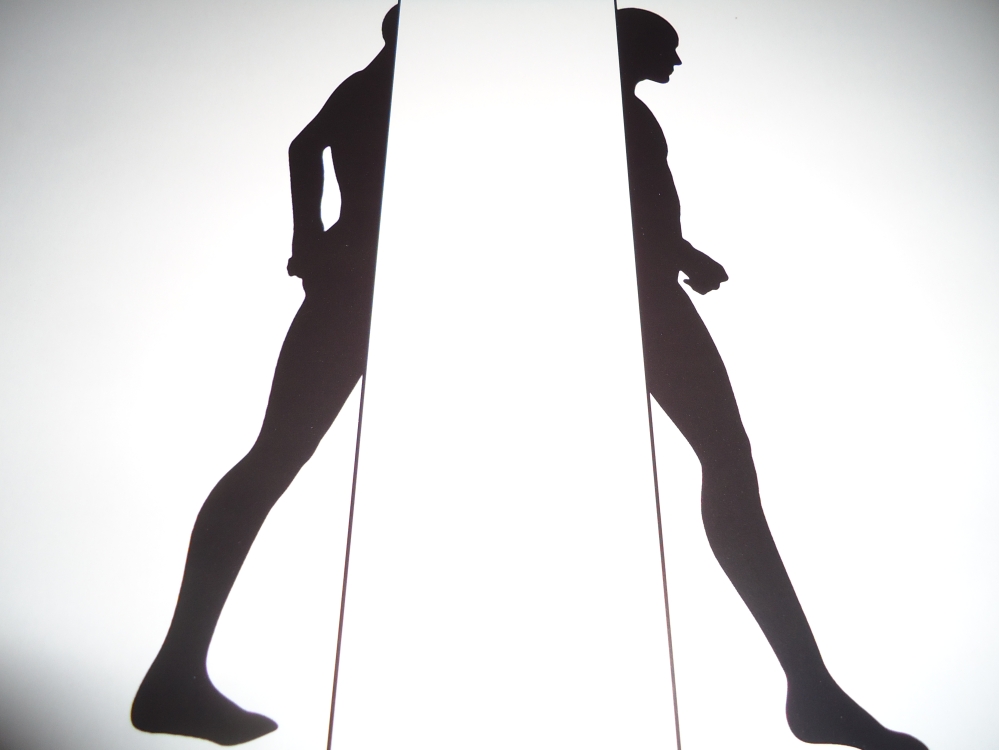 I hadn’t heard of the film prior to seeing that it’s score was being released by Mondotees/Death Waltz, but all it took were a couple snippets on Soundcloud for me to engage my Paypal acct into buying mode. The score is exquisitely classic neo-futuristic synth. A cross between classics like Vangelis and Tangerine Dream with some more modern touches, in-particular Sinoia Caves work on the Beyond The Black Rainbow. Lovett made the film much better than it deserved to be. It wasn’t horrible, but too convoluted for its own good(great casting though, with Michael Ironside and AJ Bowen in supporting roles.) If you like listening to Blade Runner as much as watching it, you should already own this score. 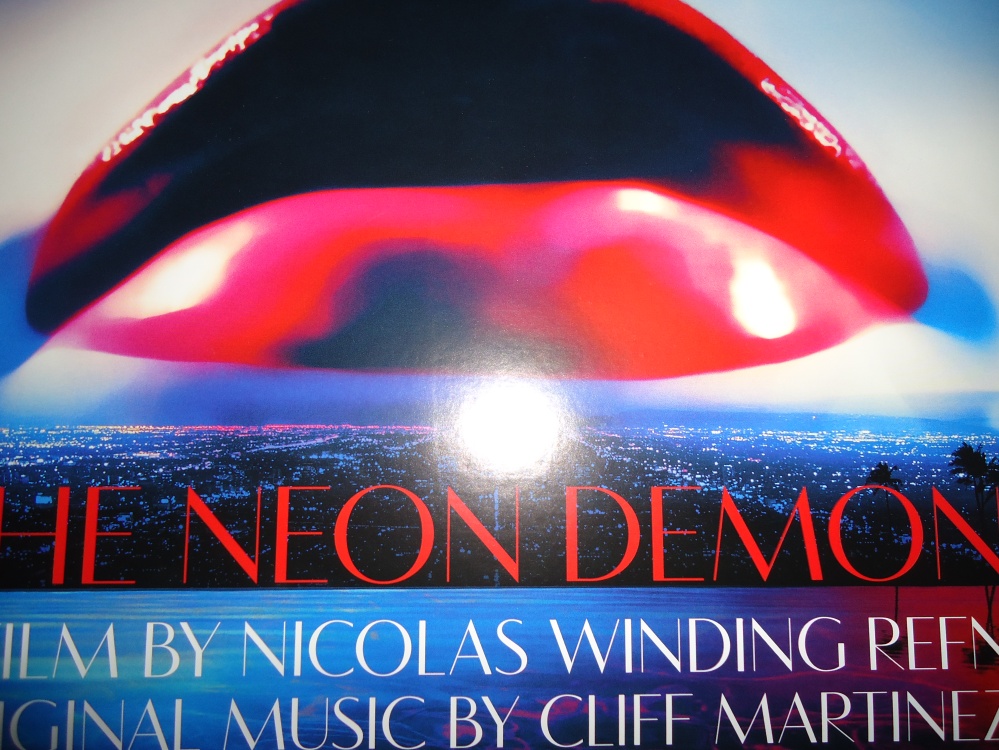 Cliff Martinez can do no wrong in my eyes. His work only elevates whatever film it’s accompanying. He’s created this symbiotic relationship with director Nicolas Winding Refn, much like he did with Steven Soderbergh, where everything work together and becomes all the better by that artistic relationship. The Neon Demon is over-the-top and over indulgent, but that’s how it should be. Any kind of restraint and it just wouldn’t work as well. Martinez turns the score into a thumping techno musical world where dream and reality collide and embrace, bleeding all over each other. It’s his most intense score yet.

This will be the last you hear me utter “Stranger Things” for the rest of the year. I’m sure once season 2 hits I’ll start yacking about this show again, but until then this is it. The Duffer Bros locked into something with their debut show that a whole hell of a lot of us absorbed and took in like clean oxygen after being under a heavy quilt for too long. It was a refreshing take on the 80s kid films where everyone wasn’t a model and happy endings weren’t always a given. Stranger Things took the “rag tag group of outsiders” storyline and gave it new life with some new faces and some underused ones as well. Science fiction colliding with horror colliding with friendship created this year’s best television. To authenticate the nostalgia factor the Duffer Bros tapped Kyle Dixon and Michael Stein of Austin synth band SURVIVE to score their Netflix original series. The results? Classic 80s sound with deft modern touches. The score grabbed me before I saw a single shot of the actual show. The opening credits scene with the pulsating synthesizer hooked me instantly. The show could’ve been just okay and I would’ve continued on because of that music. Fortunately the show was spot-on.

And last but not least, the best among a sea of best: Mac Quayle : Mr. Robot S/T Volume 1 and 2

No show surprised me more than Sam Esmail’s Mr. Robot. Both season 1 and 2 were original pieces of television, putting the dark world that David Fincher has created in cinema and put it smack dab on cable TV(it’s on USA Network.) One of the most important aspects of the show is the music. It creates this world of musical ones and zeros that go to enhance the paranoid world of our protagonist Elliot Alderson. The music is this electronic pulse that seems to push the characters along in strange and dark places. You don’t know who to trust or what to believe is reality and what is part of the character’s failing mind. Mac Quayle’s scoring technique takes a few cues from the Trent Reznor/Atticus Ross playbook, using vintage sound and posing them in a modern world of tech geeks and international computer hacking. Quayle works subtly. It works so well that you don’t notice how good it is till you can enjoy the score completely on its own. It’s a riveting musical world that would appeal to electronic music fans and fans of background noise while you study or melt into the furniture.

Mac Quayle takes the prize as far as I’m concerned. Can’t wait to see what he does from here.

I bought a lot of soundtracks this year, and none were disappointing. These were the 10 that I obsessed over the most, but here’s a few more that were pretty great.

Daredevil S/T : John Palesano and Jessica Jones S/T : Sean Callery – Arrived late into the year, but incredible scores to some more amazing television. Plus bonus for some incredible artwork.

Atticus and Leopold Ross & Bobby Krlic : Almost Holy S/T – Intense score for the intense doc Almost Holy about a priest trying to save drug-addled teens in the streets of Mariupol, Ukraine. The score has the electronic leanings of the Ross bros with Krlic’s darker, gothic tones of The Haxan Cloak.

Howard Shore : Nightcrawler S/T – Score for the 2015 thriller starring Jake Gyllenhaal and Rene Russo. Released this year through Invada Records, this score stands out as a more leaner, grittier sound than Shore has done in the past.

Brad Fiedel : The Terminator S/T – C’mon, why wouldn’t this end up on a list of favorite scores? It’s been long out-of-print, so some geniuses decided to put it back out on vinyl because they knew suckers like me would buy it up. They were right. I did. And I have no regrets. Fiedel knocked it out of the park with this one. Don’t agree? Then “f**k you, a**hole”.