I had a dream on the last night of our family vacation that I went to Chicago to see a Jeff Tweedy concert. But it wasn’t the usual show in a theater or auditorium. I went to the Tweedy home and was hanging out with Jeff, Sue, his sons Spencer and Sammy, as well as this entourage of folks hanging out and eating prior to the show. It was odd, but also mildly comforting hanging out in this 70s-built tri-level where one of my favorite songwriters was strumming an acoustic, getting warmed up to debut songs from his upcoming new solo album Love Is The King. Despite being a total stranger among these folks I was treated like a friend of the family. The show, it turned out, was taking place at their house. I joked with his sons, had a conversation with his wife Sue about the salad we were eating, and then got to sit in a dining room chair as Jeff strummed his acoustic and began singing these beautifully ornate, folks-y tunes. Thankfully the thought never sprouted in my subconscious as to why I was there, why we weren’t wearing masks, or how I got an invite to the Tweedy family home. I woke up before logic(and the pandemic) ruined such a wonderful and strange dream.

Listening to Jeff Tweedy’s new album Love Is The King you get that living room feeling. Warm, intimate, and softly strummed songs that feel like they were recorded between quarantine meals and socially-distanced writing sessions. Recorded over the last few months with his sons Spencer and Sammy, Love Is The King is a true family affair and filled with the kinds of songs that slowly sink into your brain. Whispers of tracks that feel like comfort food for the weary soul. If you’ve been keeping up with Tweedy then this record won’t be a huge change to your ears. But there’s a raw quality here that feels genuinely heart-heavy yet endearing. And after a few listens you start to get the feeling these songs are just for you, and you alone. 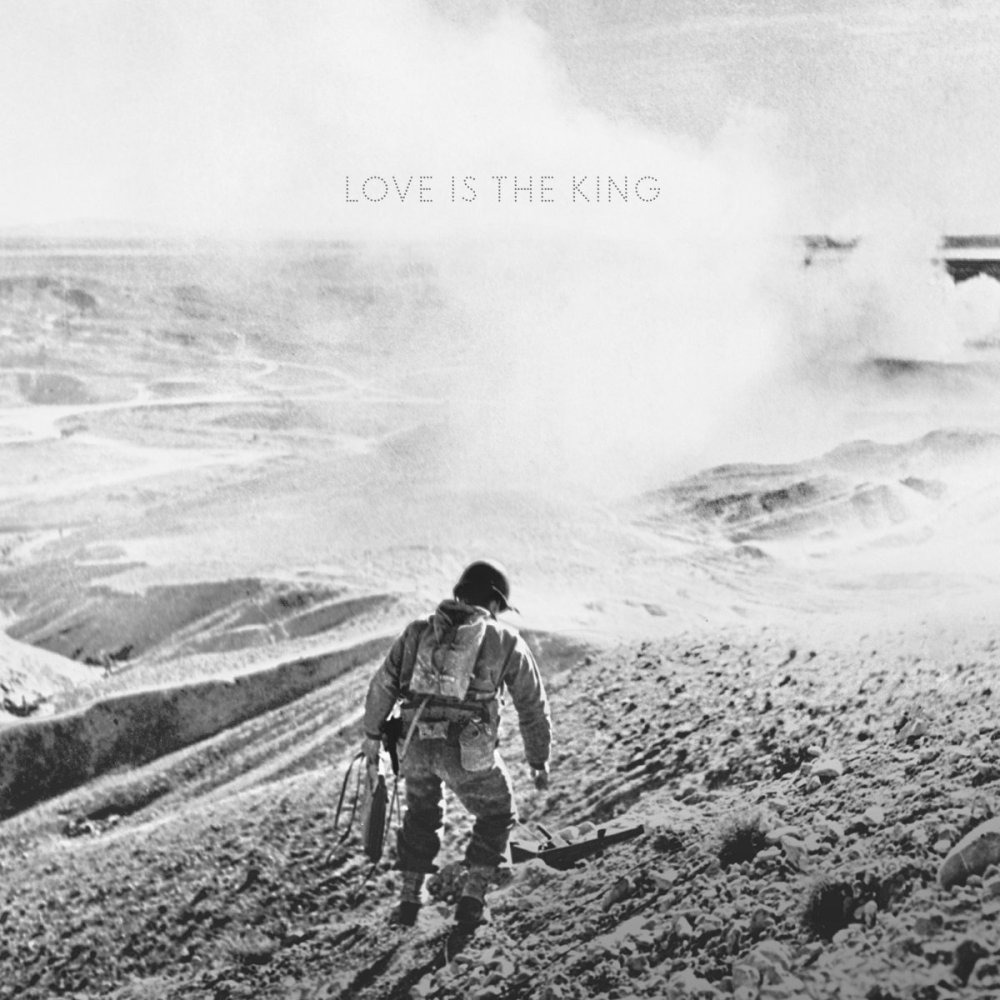 “Love Is The King” is the opener and brings us into the album with plucked strings and simple drums and bass. It all comes together perfectly. “Here I am /There it is /At the edge/ Of as bad as it gets” Tweedy sings over a simple waltz-like swing. The guitar solo brings A Ghost Is Born to mind, which this track feels related to in some way. “Opaline” is a dusty country-tinged track that feels right at home coming from Jeff’s voice, and reminiscent of the “old days” of Wilco.

Elsewhere “Natural Disaster” has a shuck n’ jive groove to it that’ll get even the lamest of feet tapping, while “Guess Again” is a gorgeous twang of a love song. “Oh tomatoes right off the vine /We used to eat them like that all the time /And if you think that’s the best thing/That I ever knew/Guess again/ My love/ It’s you” Tweedy sings as his sons accompany like the best Memphis session musicians. “Half-Asleep” closes out the album with a kind of slo-mo psychedelia that puts me in mind of Tweedy’s Loose Fur days.

Love Is The King is the only kind of album Jeff Tweedy could make in a year like 2020. In writing songs to help keep himself grounded and centered, he’s given us that same gift. It’s an album of easy strummers and shifting views that ground us when we need it most.