So who is Mari Vander? Well, I can tell you that she’s a singer/songwriter out of the River City, aka Fort Wayne, Indiana. Outside of that there’s not much info. Before the song I’m about to share with you today Vander recorded Lullaby(The Demo Album), which is acoustic demo tracks that have the raw intimacy of an artist laying it all out in their bedroom at 2am. With names like “The Never-Ending Garbage Can”, “My Brain Overheated And Melted My Face”, and “Everyone Is A Wannabe”. Songs that feel like a young songwriter looking for her voice, and finding it.

Now Vander has left the bedroom recordings behind and is recording her tracks with Jason Davis at Off The Cuff Sound, putting together what will be her full-length debut. On October 13th Mari Vander released her first single from her forthcoming debut, the dirge-y “Apathy”. 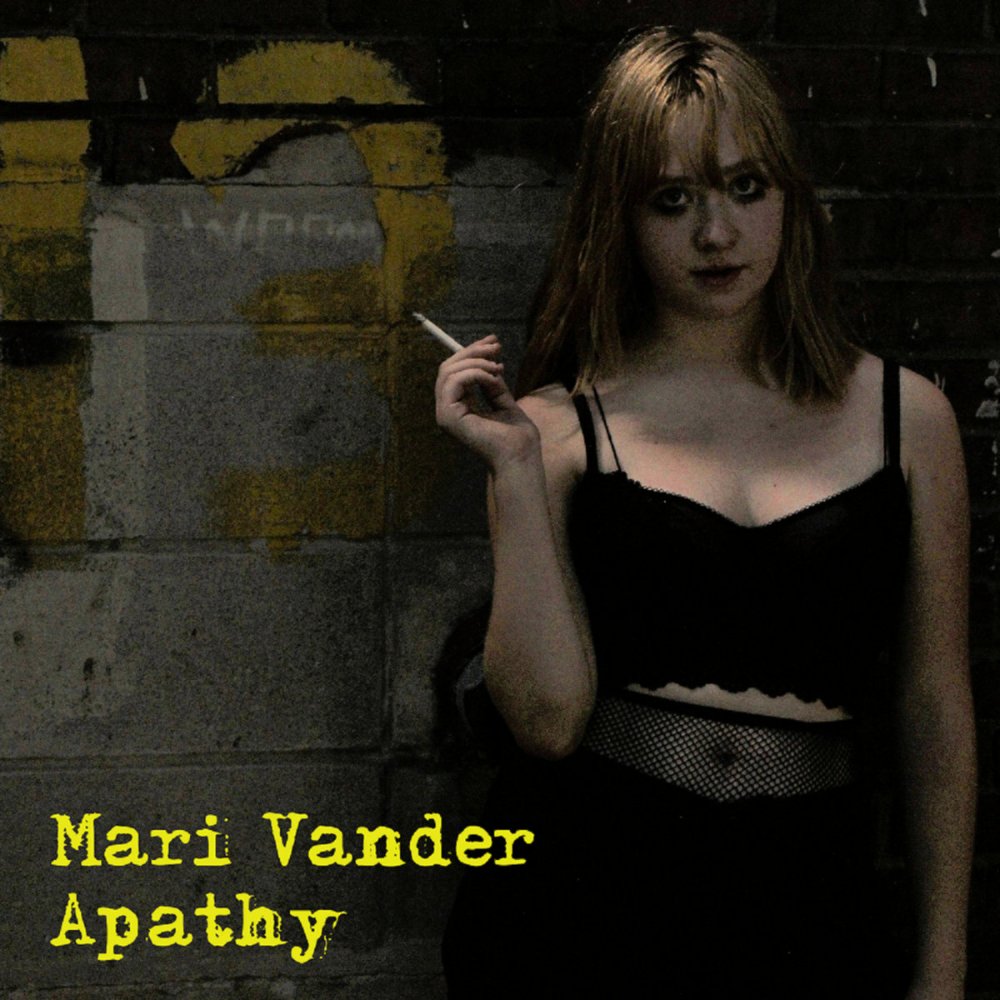 “Apathy” is all quiet angst and jagged guitar squall. The song locks into an early 90s alt rock vibe that puts me in mind of In Utero-era Nirvana, Blake Babies, Throwing Muses, The Breeders, L7, and Hole. Vander sings with a solemn indifference before the chorus kicks in and the song goes into a post-grunge dirge that sounds like it came right out of 1993 and that it was produced by Steve Albini.

Vander and Jason Davis capture a certain darkness here that is engaging, dangerous, and feels classic without being derivative.

Listen to “Apathy” below, and follow Mari Vander on Bandcamp and at her website. “Apathy” is available wherever you stream music.