With the passing of Eddie Van Halen yesterday comes the release of the first new AC/DC music since 2014s Rock or Bust. Call it the circle of life, transition, or whatever you want, but next to Van Halen, AC/DC were one of my first big band obsessions in the 80s. Another band that got stuck in my brain thanks to the parental units, Highway To Hell, Dirty Deeds Done Dirt Cheap, and Back In Black were regular spins at Casa de Hubner back in the late 70s and early 80s. And as a budding young guitarist at 12-years old what better songbook to get rolling with than AC/DC’s? Three chords, steady rhythm, and lots of songs about rock and roll, drinking, and ladies. Boogies, proto blues metal, and sort of this wired, Gremlin-like version of Chuck Berry in Angus Young, AC/DC were loud, rowdy, and the perfect music elixer for a pre-teen looking for an outlet to transgress.

“Shot In The Dark” is what it is, an AC/DC song. Something that if you slipped it on a mix with tracks from Back In Black, For Those About To Rock(we salute you), Flick of the Switch, or Fly On The Wall, you could barely tell it was a new song. Angus and crew stick to the formula, and producer Brendan O’Brien keeps the sonics simple but in your face.

Much like the Colonel and his secret recipe, AC/DC figured out just the right herbs and spices in their rock and roll recipe waaaay back in 1976. They’ve stayed tried and true to it ever since, even when they recruited Brian Johnson to take over for the great Bon Scott after he died in 1980. 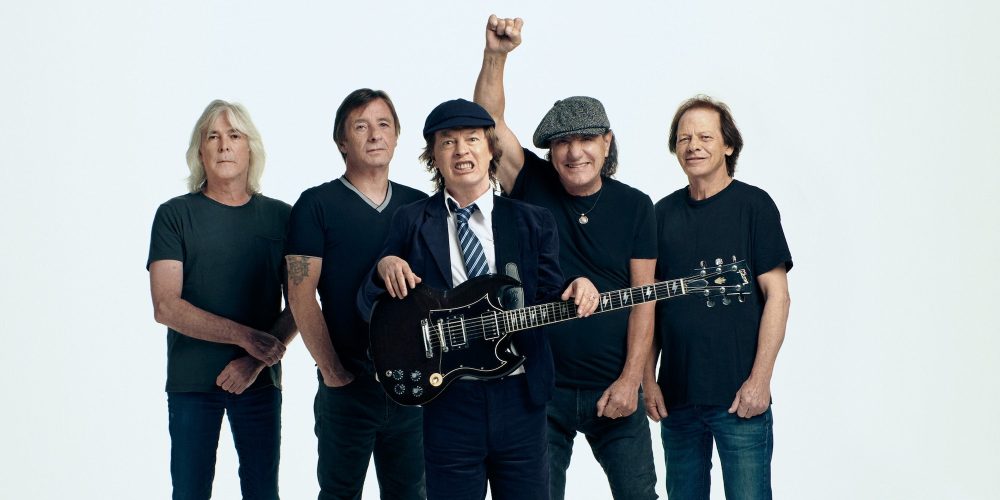 I for one am pretty excited about this album.

In a time of plight and complete disconnect from a sane reality, something like a new AC/DC album sounds absolutely wonderful to me. Something warm and familiar. Simple grooves and the biting riffs of Angus Young, the weathered, bluesy drawl of Brian Johnson, and the solid rhythm foundation of Cliff Williams, Stevie Young, and Phil Rudd sound like just what my weathered psyche needs. A rock and roll reprieve from the shitstorm right outside the window.

Listen to “Shot In The Dark” below. ‘POWER UP’ drops November 20th on Columbia Records.

4 thoughts on “AC/DC Return With “Shot In The Dark”; ‘Power Up’ Drops November 20th”