Neil Peart set me on a course of musical discovery at the age of 15 that only maybe John Lennon, Jeff Tweedy or Adrian Belew can equal. Of course my frontal lobe frizzle fried when I first heard  Peart take off on one of his 8-minute drum solos. His live dexterity on All The World’s A Stage, Exit…Stage Left, and A Show Of Hands soundtracked many drives before and after I was behind the wheel, and his intellectual take on lyric writing informed how I wanted to approach being a wordsmith myself. But even more than his world class playing(and I mean world class, Bubba), high art lyrical writing, and his overall genuine musical prodigiousness, it was the humanity this musical master possessed that made me love the artist known as Neil Peart.

Behind all the highfalutin lyrical narrative and out-of this-world drumming, Neil Peart was a quiet artist that let his heart speak thru the work. His lyrics went from warring species of trees(“The Trees”) and inter-dimensional battles(“2112”) to high school outcasts(“Subdivisions”) and the horrors of Nazi concentration camps(“Red Sector A”). There was humanity even in the lyrics inspired by Ayn Rand, but when the real world crept into Neil’s head and in turn from pen to paper his work bled with heart and humanity. The science fiction and concept albums about the human brain were left behind for equally powerful songs about the human condition. 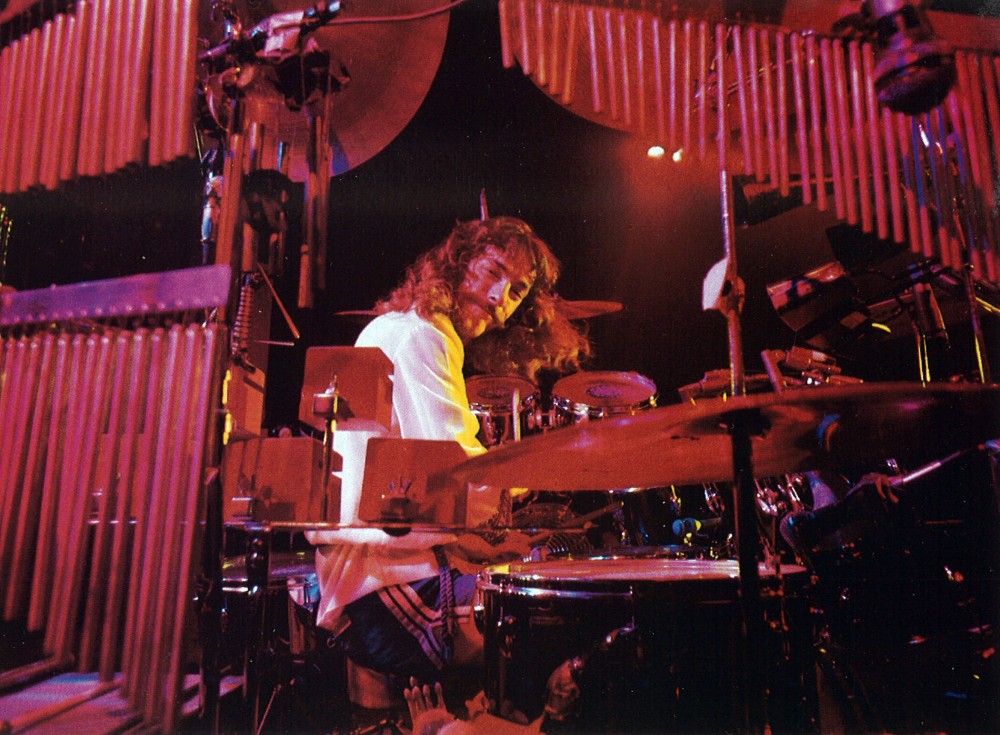 The coming together of Geddy Lee, Alex Lifeson, and Neil Peart was one of those moments of pure musical serendipity. Their music, and specifically the lyrics of Neil Peart, molded two less-than-cool 15-year olds in the fall of 1989. My friend Jason and I discovered the musical world of Rush at the same time that fall, losing our minds to the world of Rush. Jason had also talked his mom into buying him a Squier Precision bass and practice amp, so he began taking lessons from my guitar teacher with me. We plowed through guitar transcriptions and the “Nice Price” section of music stores to eat up all the old Rush cassettes we could get our hands on. We devoured all of Rush’ discography up to 1989(my first Rush purchase was Moving Pictures, while I think Jason’s was Presto.)

But instead of taking the route of learning Rush songs, we were instead inspired by those Rush albums to write our own songs. We’d sit up in Jason’s little upstairs bedroom on the weekends and try and write these epic prog rock classics with thoughtful lyrics. It was slow going(it may have never got going at all.) But that wasn’t really the point. The point was how inspired and driven we were by listening to albums like Signals, Permanent Waves, and Grace Under Pressure. Introspective lyrics, airtight grooves, and masterful hard rock songs that went from near pop perfection to robotic precision, sometimes even in the same song. We didn’t want to copy Geddy, Alex, and Neil, we just wanted to use their mojo to make some magic of our own. 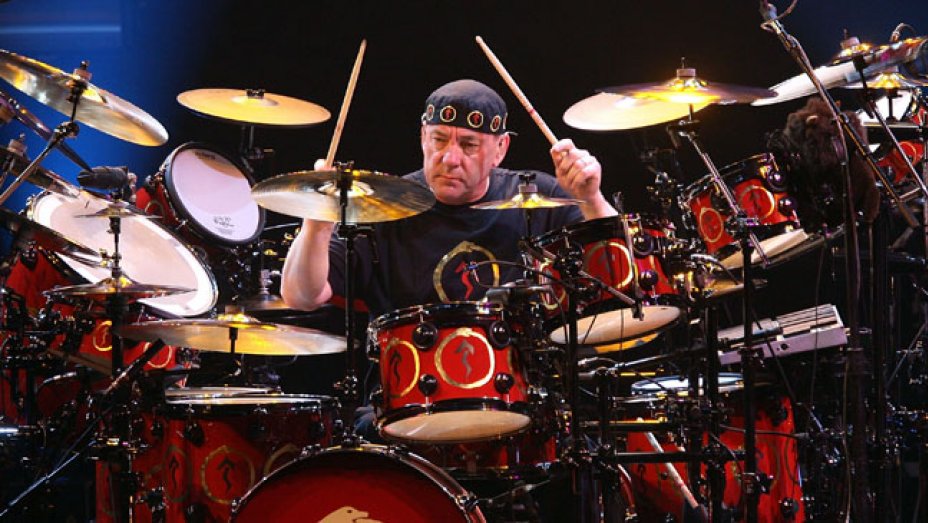 I remember one song we wrote. It was more Jason’s song, but I may have made some chord changes in it. But they were Jason’s lyrics that still stand out to me. He wrote about his mom, well, not by name but she was the inspiration. The lyrics were about a woman working to support her kids, taking as many hours at the factory as she could provide for them. Very blue collar, working-class lyrics that I know Mr. Peart had a hand in influencing. I just remember reading those lyrics and thinking, “Man, now these are great lyrics. And there’s no way I could’ve written them.”

Neil Peart and Rush were our motivation to be musicians and songwriters.

Of course you get older and inspiration changes and re-shapes into new sounds, sights, and experiences. While my palate opened, I never lost sight of Rush. I saw them 7 or 8 times(the first was in the fall of 1991 with Jason on the Roll The Bones tour.) The last I think was the anniversary tour for 2112, which we saw them play side one in its entirety. Every time I saw Rush I was in awe. Their musicianship never waned, and neither did the light that emanated from the three of them when they played.

I grew to respect Neil Peart even more as the years moved on and all the tragedy he experienced. He didn’t let it swallow him up, though. He moved on from it and grew. He re-learned how to play the drums in the 90s as well, taking lessons from a master jazz drummer(old dogs can indeed learn new tricks.) He became an author, found love again, and kept at it with Geddy and Alex, all the while remaining the quiet, humble drum wizard he’d been since the beginning. 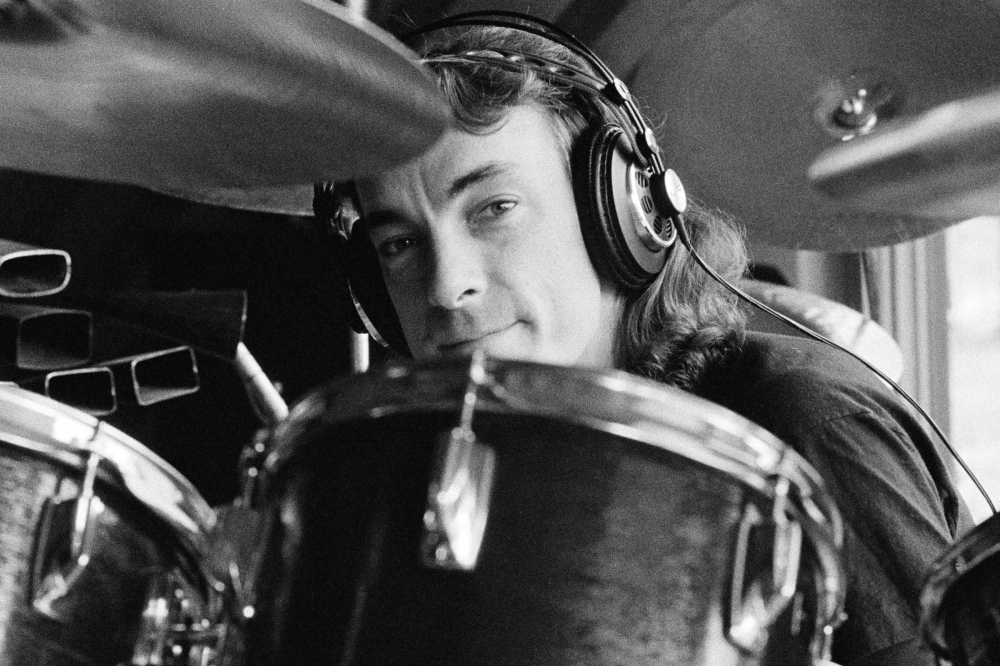 Neil Peart died from brain cancer this past week. Losing Neil Peart hit me hard. He was a big part of my adolescence and figuring out who the hell I was as an awkward 15-year old who wanted to do great things. His drumming inspired me as much any guitarist did. His lyrics provoked me as much as any poet did. And his humanity lit something in me as a teen that has remained burning ever since. I mourn the loss one of my favorite bands, and I mourn the loss of one of the most important musicians to have ever touched my life.

Like a pillar of cloud, the smoke lingers
High in the air
In fascination with the eyes
of the world… we stare