AE Paterra is one half of the progressive/heavy synth duo Zombi. The half he resides in creates Neal Peart-like drum fills as the prodigious rhythm maker while synth/bass duties are covered by Steve Moore. For well over a decade the Philadelphia-based music duo have made prog-rock relevant again. Brains, braun, and horror vibes abound, Zombi created a music genre all their own. Of course, each of them have their own side gigs. Moore does movie scores, as well as heavy synth work under his own name. AE Paterra has released a handful of record as Majeure( a nod to Tangerine Dream’s album Force Majeure…or so I’m guessing.) His work as Majeure is heavily focused on rhythm, vibe, and heavily leaning in the Komische/Krautrock world. Paterra has released a lot of music as Majeure since 2011, with Timespan and Solar Maximum being prime examples of his musical power. Yes, he’s a prolific drummer. He’s also a prolific composer, synth player, and all around mind-blowing musician.

AE Paterra returns as Majeure with the heady and exquisite Mass Flashback. This time releasing with the amazing Holodeck Records, Mass Flashback sees Paterra and Majeure digging deep into heavy groove-oriented material. The techno space vibes of earlier releases have evolved into more emotionally impactful songs, giving us the best Majeure album yet. 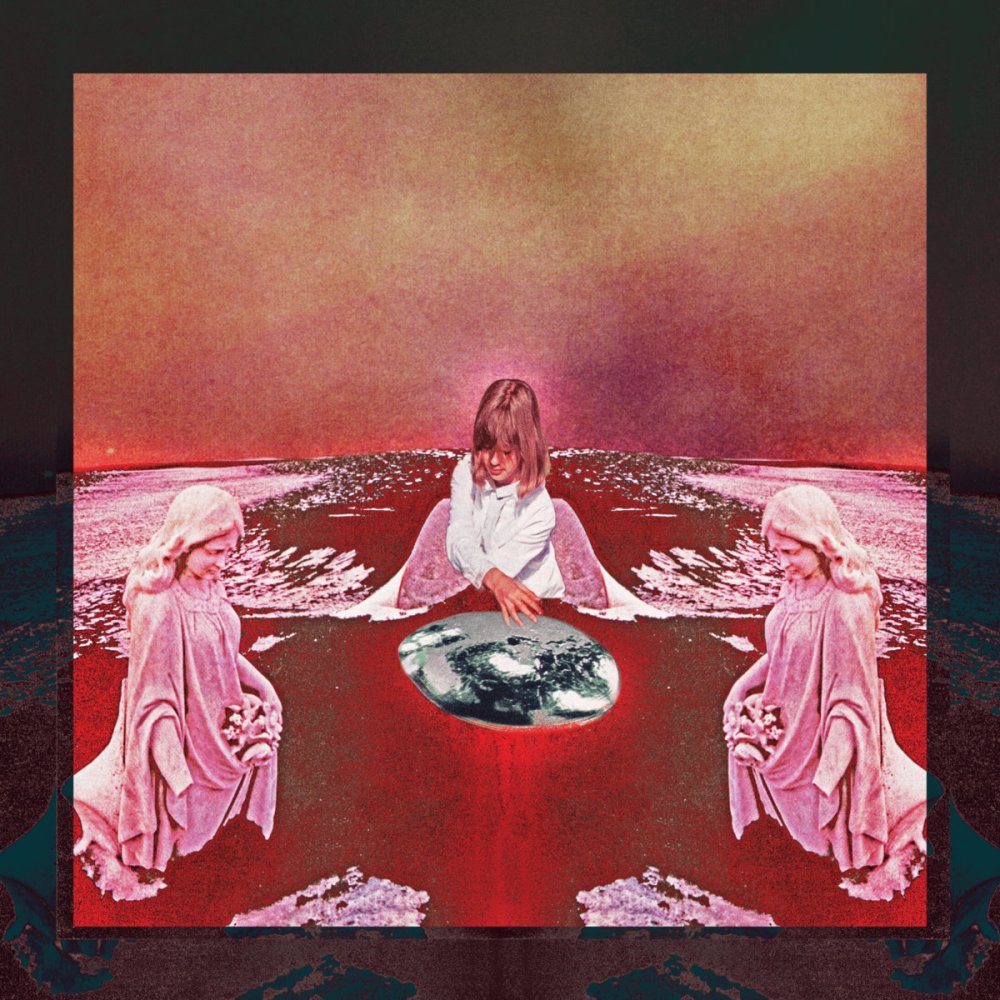 I was late to discovering Zombi, and in turn Majeure. I bought Escape Velocity in the fall of 2013, and was jamming that album in the car as I drove my kids around on Halloween night. I was hooked. It was a couple years later when I listened to Timespan and was pretty much blown away. Paterra’s work was different in Majeure than what he was doing with Moore in Zombi. Maybe as a drummer he was locking into more rhythmic compositions, but the horror/sci fi vibes were going into more deeply meditative territory. Of course, I could still imagine space madness and dystopian worlds with Majeure, but there was more of a chromed-out sheen to Paterra’s solo work. Sonically I was going into a metaphoric sensory deprivation tank and transcending to pure light and thought. I was dropping deep, man.

Mass Flashback is Majeure in heady form. There’s more of a intellectual lean to the music. An emotional twist that has been amplified. “Longing, Love, Loss” is emotional analytics. A graph display leading to some greater, internal good. Paterra builds a sonic world of mathematical equations that lead us to some deeper understanding. A techno rhythm combines with a synth riff and melodic chords to carry us to some other time. This is pure electronic bliss. Title track “Mass Flashback” is next, and builds beautifully into a grandiose crescendo. Paterra’s use of real drums and electronics, much like his main gig Zombi, gives his work life. It lives and breathes, giving it that much more heft. One of my favorite tracks is the strange and alluring “Presicence Acquired”. It’s very different from anything Majeure has released before. A sort of hazy, dreamy opening leads into a hypnotic rhythm. It’s an odd, but addicting track.

Elsewhere “Sundog Blues” is reminiscent of classic 80s movie score vibes. I could hear it playing in a Romero “Dead” movie and fitting perfectly. It’s slow-motion perfection. “Face Dancer” has a slinky synth riff that grabs you from the get go and doesn’t let go. Paterra’s power of rhythm gives him the ability to pull you in. Your only option is to succumb and go along for the ride. It’s an epic piece of electronic tones and vibe. “Universal Out” opens with glitching noise and an almost ‘panic room’ urgency before settling in to a existential buzz. Piano intermingles with electronic noise, giving this a very cinematic soundscape vibe. It’s the most ominous track on here, and a brilliant way to end this journey.

Mass Flashback might be the best Majeure album yet. Filled with exquisite rhythms and emotional heft, it displays AE Paterra’s prowess as one of the most important electronic and heavy synth composers working today. Mass Flashback is a future classic.

One thought on “Majeure : Mass Flashback”