Burial Grid’s sound lives within the buzzing and crackling of analog synths. A wild and cathartic bee swarm noise of nightmares and fever dreams, mixed with a heavy dose of self-examination. Over the course of 2017 and 2018 Burial Grid’s Adam Michael Kozak recorded a 5-song opus called My Body Dissolves as I Watch and Dissolve. There was a single(“Your Father Is Dead”) and one album(Where We Go) released in 2018. They feel like they were building up to this newest work.

My Body Dissolves as I Watch and Dissolve is eerie, haunting, heavy, and even triumphant at some points. The sound of AI attempting to become a real boy through the complete destruction of itself, and then being reborn. 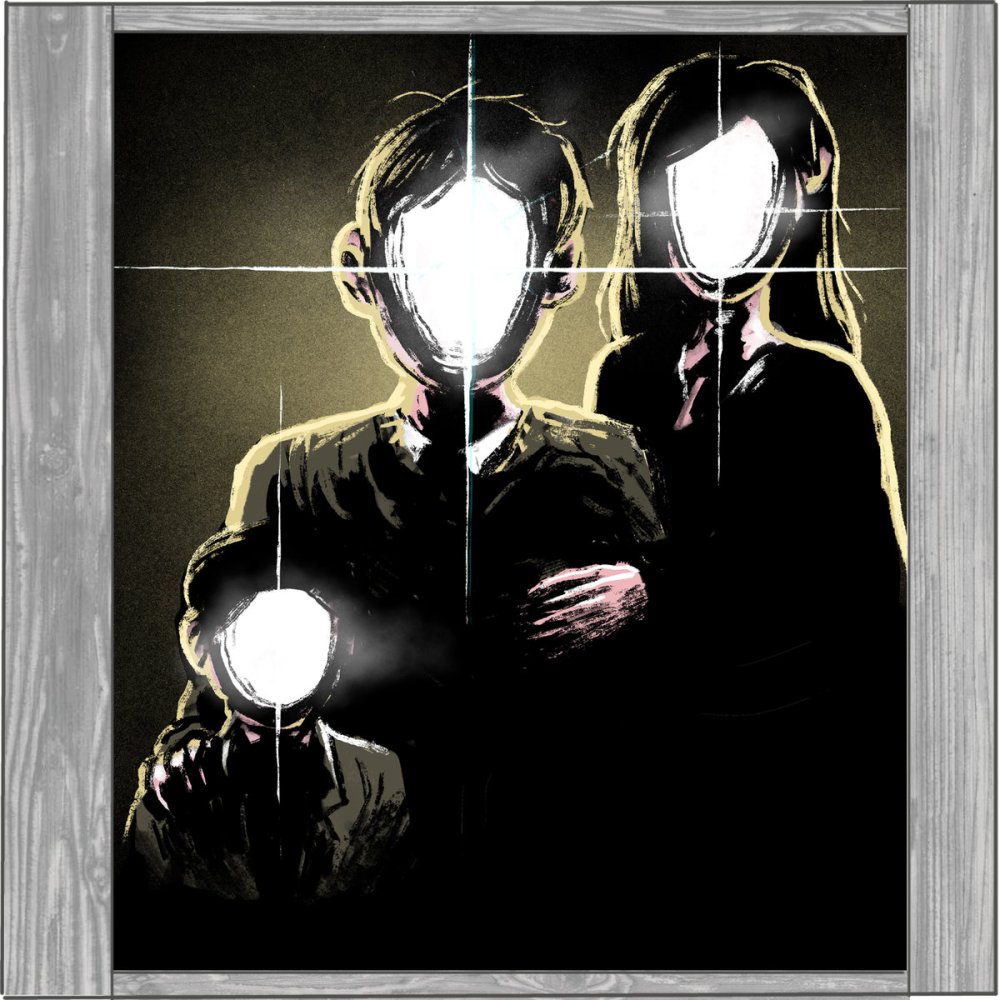 Five songs at just over 30 minutes. What can be accomplished in that amount of time? Well if you’re Burial Grid, quite a lot. According to Burial Grid’s Bandcamp page:

These are five sonic explorations of the winding down of of the manifestation of organized, emergent energy particles we sometimes affectionately – sometimes lamentably – refer to as “life”. Through the use of psychedelics, transcendental meditation, direct experiences in depersonalization, and research into brain death and how mankind’s symbols shape our perception as we break down, this is an imagined document of the wonderment, horror, despair, and ecstasy that might occur as the organization of those particles decays and they are scattered to and fro into new vistas of existence.

“Blinking Heads In Baskets” has the feel of some 80s horror film mixed with a touch of Brass Hearse and Wax Trax industrial noise. There’s both a playfulness and seediness. This track takes you for a ride. We’re led right into the dark techno of “White Tunnel/Black Tunnel”, a dizzying display of forward rhythm, stabs of synths, and a forceful dread under the surface.

This is the magic of Burial Grid: a dichotomy of light and dark. A wavering between wanting to give in to emptiness and despair, but something deep down that doesn’t allow it. A struggle to stick it out.

A song like “Voids” certainly makes the case for the light beating out the dark. Robotic vocals sing over an almost triumphant melody. Like a Goth version of ELOs Time, or Rufus Wainwright making an album about death with nothing but analog synths. This is a truly beautiful track that feels like coming up for air.

“An Unwilling Spectator” is a dark, brooding track that starts out with the grime and condensation of a Lucio Fulci soundtrack(think The New York Ripper), but quickly morphs into some AI fever dream. A touch of OMD, Giorgio Moroder, and a haunted Daft Punk. “Every Color All at Once” is a wonky, mildly funky song that ends this mini-opus on life(and its eventual end.) You can almost see the bloody sunrise in the horizon as this track blares thru a beat-up GE boombox.

Adam Michael Kozak and Burial Grid have dipped into some serious magic on My Body Dissolves as I Watch and Dissolve. It feels a bit like an exorcism by fire. An electronic reinvention of life’s greatest questions, “What is life?” “What happens when we die?” “What is beyond all of this?” Burial Grid doesn’t answer those questions, but they give us a soundtrack to ponder them to.

My Body Dissolves as I Watch and Dissolve will be released on March 22, 2019. Listen to “Voids” below, and preorder the album here.