Back in the mid-2000s there was a guy that started working at our facility named Ron. Now Ron was quite the character; shorter, boisterous, and always up for a good laugh. Ron was from Chicago originally and my guess back then was that he was in his mid-50s. He was African American and would often talk about the crazy times he had in the 60s, seeing guys like Thelonious Monk, Miles Davis, and even John Coltrane play free concerts in Grant Park. He also saw Malcolm X and Martin Luther King, Jr speak as well. Ron had lived one hell of a life before settling in the middle of nowhere to be a buyer for an orthopedic company, where I happened to work in the receiving dept.

Now I didn’t find out all these interesting things about Ron right away. He’d been working for our company for a couple months before a word was even spoken between us. What opened that door to conversation, and then friendship, was of all people Stevie Ray Vaughn. My friend and workmate that I’ve worked with for now almost 20 years(who just so happens to be named John as well) had brought in Vaughn’s Couldn’t Stand The Weather for us to listen to. My buddy and I work in a cubicle area right off the receiving dock at our facility and we play our music for all to hear. We’re sort of known as the music guys in back. Some days its Black Sabbath, others it’s Miles Davis. If we’re feeling Metallica then that’s what’s going down. We both have pretty stellar sound systems on our computers, too, so you know what sort of mood we’re in as soon as you turn the corner onto the dock. On this particular day my buddy John brought in Stevie so that’s what was going down. Ron had come back for some supplier business when he heard some serious blues riffs emanating from our cubicle area. He turned the corner by our desks and said “Who is that??” We replied Stevie Ray Vaughn and he said “Man, that boy can play!”

There was a little talk about Vaughn and his story and that was that. Ron was one of us, and we were no longer the weird guys on the dock. A few days later I’d brought in Thelonious Monk’s Monk’s Dream to listen to. Ron came back that day and stopped dead in his tracks. He came over to our desks and said “You guys are into Monk!?” Of course I replied “Well yeah! We love Monk, and Miles and Coltrane.” Ron just started laughing and said “Now how did a couple white dudes like you two get into Monk? He’s some out there shit!” I replied “Well, we’re pretty out there, too.” Ron laughed and said “Well if you like Monk then I think you’d dig Eric Dolphy. You heard Dolphy before?” I said “No, but I’d I’m interested.” Ron replied “I’ll hook you up.” He turned around and went about his day. A couple days later Ron came back with a bag full of CDs. He handed me the bag and said “Here’s all my Dolphy CDs. There’s also some Booker Little albums in there, too. He’s a trumpeter that played with Dolphy.” I thanked him and took the bag of music home to explore.

I’d never heard anything quite like Eric Dolphy. Those CDs were filled with some pretty “out there” sounds. Dolphy played several reed and brass instruments, but his main instruments were saxophone, flute, and bass clarinet. His music wasn’t the typical hard bop vibe. It was at times dissonant and whimsical, but in an almost psychotic way. My first foray into Dolphy didn’t make me a fan, but I was most definitely intrigued. A couple days later I handed the satchel of CDs back to Ron and told him I was still trying to figure it out. He just laughed and said “He takes some time to unlock. When you do, let me know.”

Ron stuck around our facility for a couple more years, coming back and talking to John and I about jazz, Chicago, cars, and the Chicago Bears before retiring from work entirely(turns out Ron was a lot older than I thought.) Years after I would occasionally run into Ron at the grocery store and he’d shake my hand, laugh, and say “How are you and the other John doing? You guys listening to Monk still?” Of course I’d tell him we were and he’d be thrilled. He even saw my wife at the UPS Store years after he retired when she worked there. He asked her “Your husband still listening to Thelonious? I’ll apologize now if he ever gets into Dolphy!” and he laughed all the way out of the store(my wife had no idea what he was talking about, but she liked Ron regardless.)

Eventually I did come around to Eric Dolphy. I bought his albums Out There and Out To Lunch and ended up loving them dearly. Out To Lunch has his tribute to Thelonious Monk called “Hat and Beard”, which is one of my favorite jazz songs, period. Out There as a whole has an almost ghostly feel to it. The flute and cello(courtesy of Ron Carter) sort of mingle in the air, giving the album a very ethereal feel. Dolphy’s work feels very animated. To my ears it sort of epitomizes the late-50s and early 60s beatnik era.

I hadn’t planned on picking anything up for Black Friday Record Store Day as I just wasn’t wanting to drop any money. Quite frankly I’ve dropped enough this year already. Also, I just didn’t see anything I was all that interested in. But then on a last minute cursory glance at the list I noticed Eric Dolphy Musical Prophet : The Expanded 1963 New York Studio Sessions. It was a 3-LP set that included his studio albums Conversations and Iron Man, as well as one LP of studio outtakes from those recording sessions. I got up Friday morning and made my way to my local record shop and snagged their only copy and quickly headed back home.

This set is out of this world good. I had never heard Conversations before and I think it might be one of my favorite Dolphy records. It’s the most upbeat album I’ve heard from Eric Dolphy. He’s done lots of work with Coltrane and Mingus, and you can hear their impressive compositional prowess come thru on that record. Before I’d really gotten into Eric Dolphy, I always thought his albums were improvisational and avante garde. While some aspects of Iron Man do fall under the avante garde category, Dolphy’s pieces are very much written and planned out. Before his death he had wanted to work with guys like Albert Ayler and Cecil Taylor, two giants in the avante garde jazz movement. He’d grown disillusioned with the American jazz music scene and was planning on living in Europe. Sadly, he died of complications from undiagnosed Diabetes not long after that.

I’ve come full circle with Eric Dolphy. He’s truly one of my favorite jazz musicians, with Conversations being one of my new favorite jazz records. And Ron, if you’re reading this somewhere, no need to apologize. And thanks. 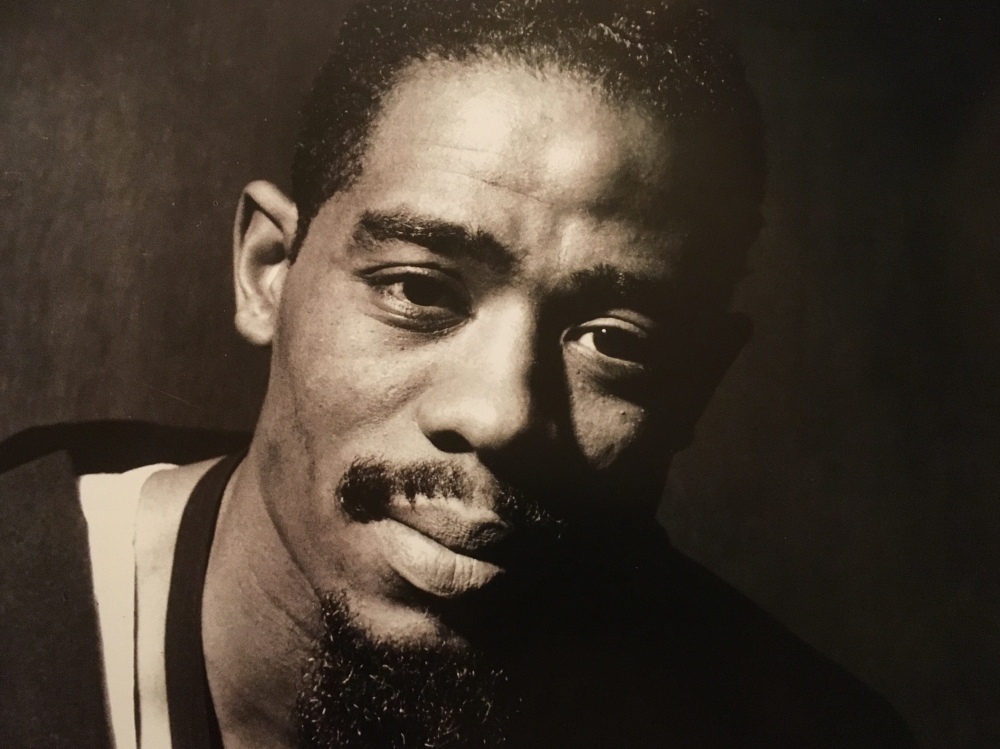