My wife and I drove to the windy city in October of 2008 to see My Morning Jacket. The show had been cancelled because just a couple nights prior Jim James took a spill from an extremely high stage and messed himself up pretty good. The hotel where we’d made reservations wasn’t understanding regarding our predicament involving a Chicago trip with no more plans, so the trip ended up being just a night in the windy city.

The hotel was on Michigan Avenue, so we could make our way up and down the shopping mecca and browse as long as our feet would allow. I was toying with the idea of buying a turntable for myself as I was getting the itch to jump into the vinyl game. I hadn’t owned a turntable since the early 90s when I gave into CDs completely and sold the record player for pennies on the dollar. I did keep my small stack of records, I suppose for nostalgia’s sake. But I was well into my 30s at that point and looking for a vice to throw money at since I wasn’t into drug addictions, fast cars, or boozy dames. Also, I’m a student of the ritual and a lover of process. Vinyl seemed like a good place to go.

Even though I didn’t have a turntable yet, I wanted to look at records. We made our way to the famous Jazz Record Mart on Illinois Avenue so I could peruse some jazz LPs I didn’t know anything about. I mean, I guess I knew a little. I owned some Thelonious Monk and Chick Korea CDs, but I hadn’t jumped in head first just yet. Walking into that store was overwhelming. So much to choose from, plus a huge selection of classic jazz and blues 78s. With no record player to spin them on, I began pulling vinyl from bins and carrying them around like a newby father holding his infant newborn. Davis, Tyner, Montgomery, Coltrane; names I’d heard and was curious about but never dived into deeply. I carried those albums around as if I was holding in my arms the secrets of the universe. The feel, the smell of the shop, the quirky jazz heads that stalked and stared at beautiful album covers feverishly and with precision, everything about that spot was right in my mind. I knew I was home. 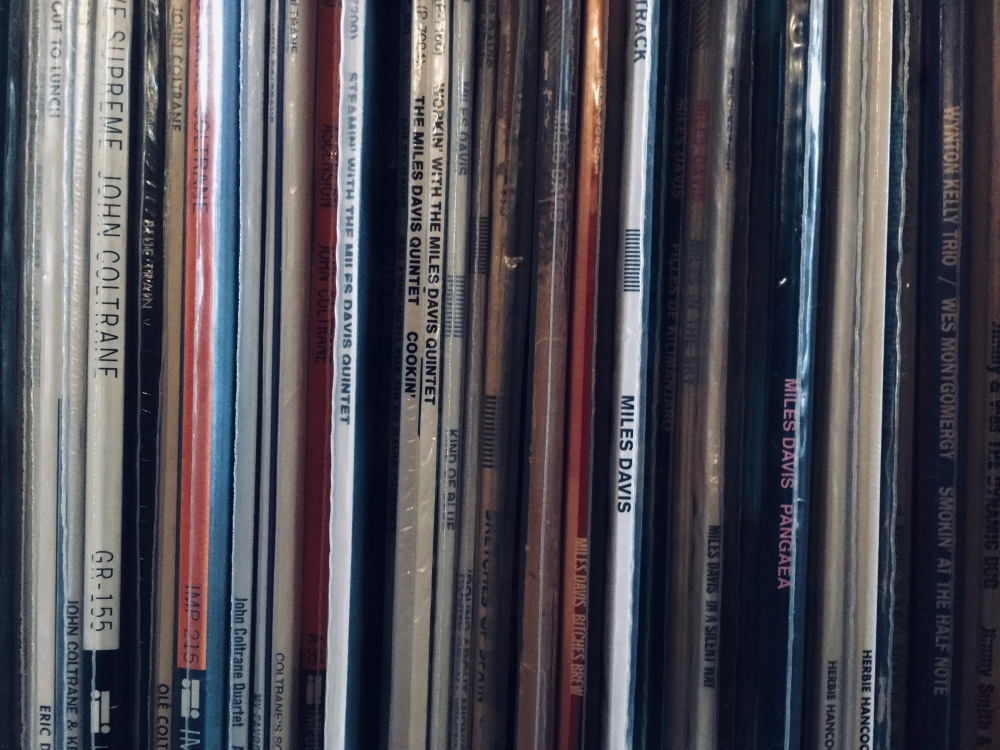 After an hour my wife said we should go as it was getting dark and we still needed to eat, so I begrudgingly put back the bulk of what I was carrying and I kept three to take home for that future turntable. Wes Montgomery and Wynton Kelly’s Smokin’ at the Half Note, Eric Dolphy’s Out There, and Lee Morgan’s The Sidewinder. I knew Montgomery and Morgan as I’d been listening to them a lot on Accu Radio online, but Dolphy was fairly new to me. A guy at work had let me borrow his stack of cherished Dolphy and Booker Little CDs a couple years prior so I knew Dolphy was indeed “out there”, but the album cover won me over. Slightly psychedelic and with a touch of Dali-esque furvor, the cover said “Take me home.” I paid the man and we were on our way into the Chicago evening.

It was about three weeks later in November of 2008 that I had pulled the trigger and bought a record player. I landed on the Audio Technica AT-PL120 due to its decent ratings on Amazon and it’s stylish looks. It wasn’t automatic and it was direct-drive, also two things I was looking for. After it arrived and just a little bit of setting it up I had it ready to roll and the first record I dropped that needle on was The Sidewinder. It felt really good to hear the little pops and cracks before the opening track blasted thru my Pioneer 3-way towers speakers. It was as if I’d finally come to some next great phase in my own personal evolution. First big job at 19, married at 22, became a dad at 26, then again at 29, then for the last time at 31. 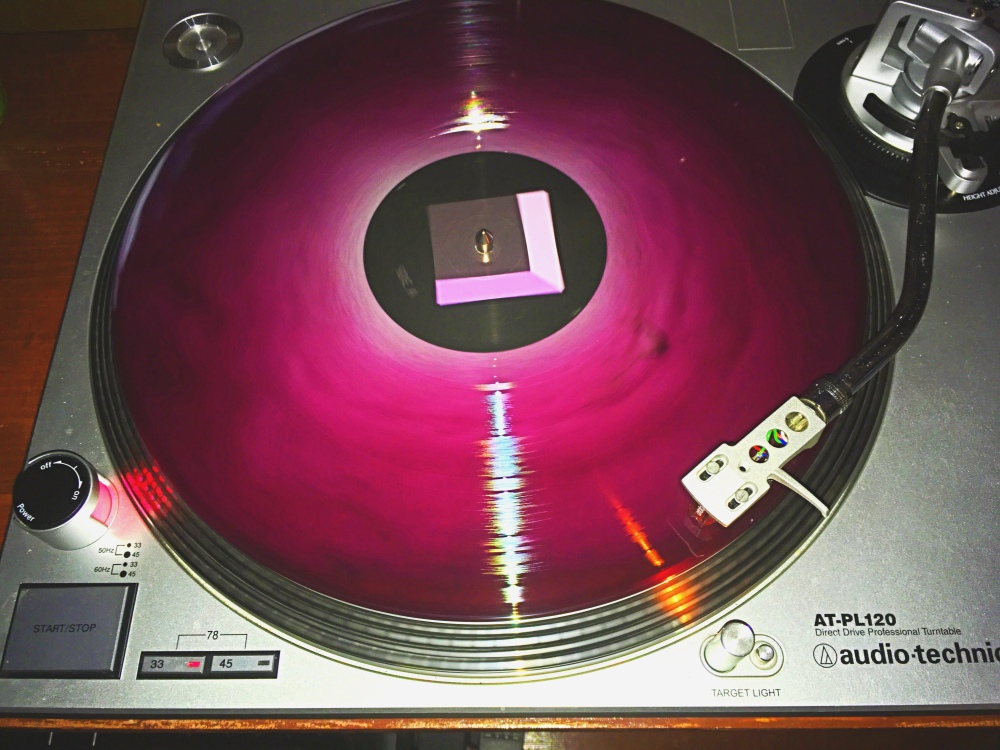 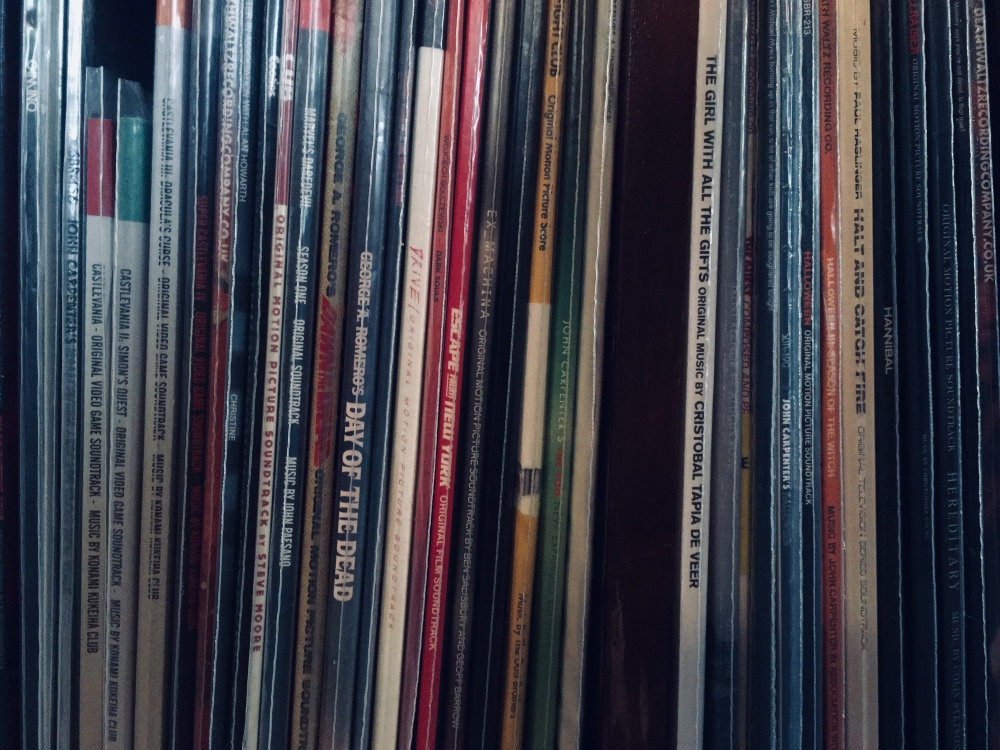 I’m also thankful for my AT-PL120. It’s provided me an avenue of enjoyment nothing else quite could. Sure, any record player would do. But I landed on this one, and it’s mine. Ten years on and I’m still spinning records daily and with utter conviction. One minor repair(soldered on a new RCA jack 5 years ago) and a cartridge upgrade to an Ortofon 2m Red, and she still spins records like a champ. Buying this turntable and getting into the vinyl game has been one of the best decisions I’ve made. It may not necessarily define me, but the words “dad” and “vinyl” are pretty synonymous in our home(with “dad” and “beer” a close second.)

So to all my friends celebrating Thanksgiving, Happy Thanksgiving. Those that aren’t, thanks for being a part of my life. We should have a beer and spin some records sometime. 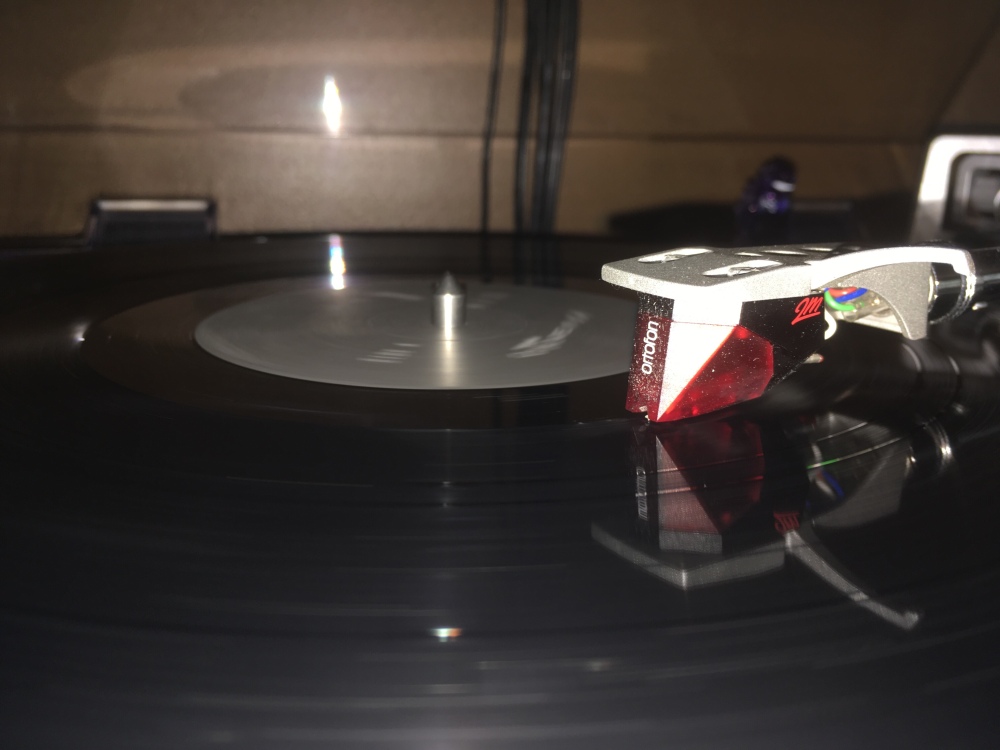