Wojciech Golczewski is one of the more prolific musicians and film composers working today. He’s put his musical magic to films like We Are Still Here, Mowhawk, Beyond The Gates, Hover, and 400 Days. But outside of his excellent film work, Golczewski has established himself as one of the premier electronic/synth composers working today. His albums of original work include the excellent Reality Check, The Signal, and his all-out analog masterpieces End of Transmission and End of Transmission 2. He’s also dropped two incredible synth tracks from a piece he’s titled Priests Of Hiroshima called “Fatum” and “Metus” that are completely out of this world.

Right now, though, I’m going to talk about the score he created for the 2017 indie horror film Tonight She Comes. Unfortunately I haven’t seen the film yet, but if it’s even remotely as good as Golczewski’s score then I’d call it a rousing success. 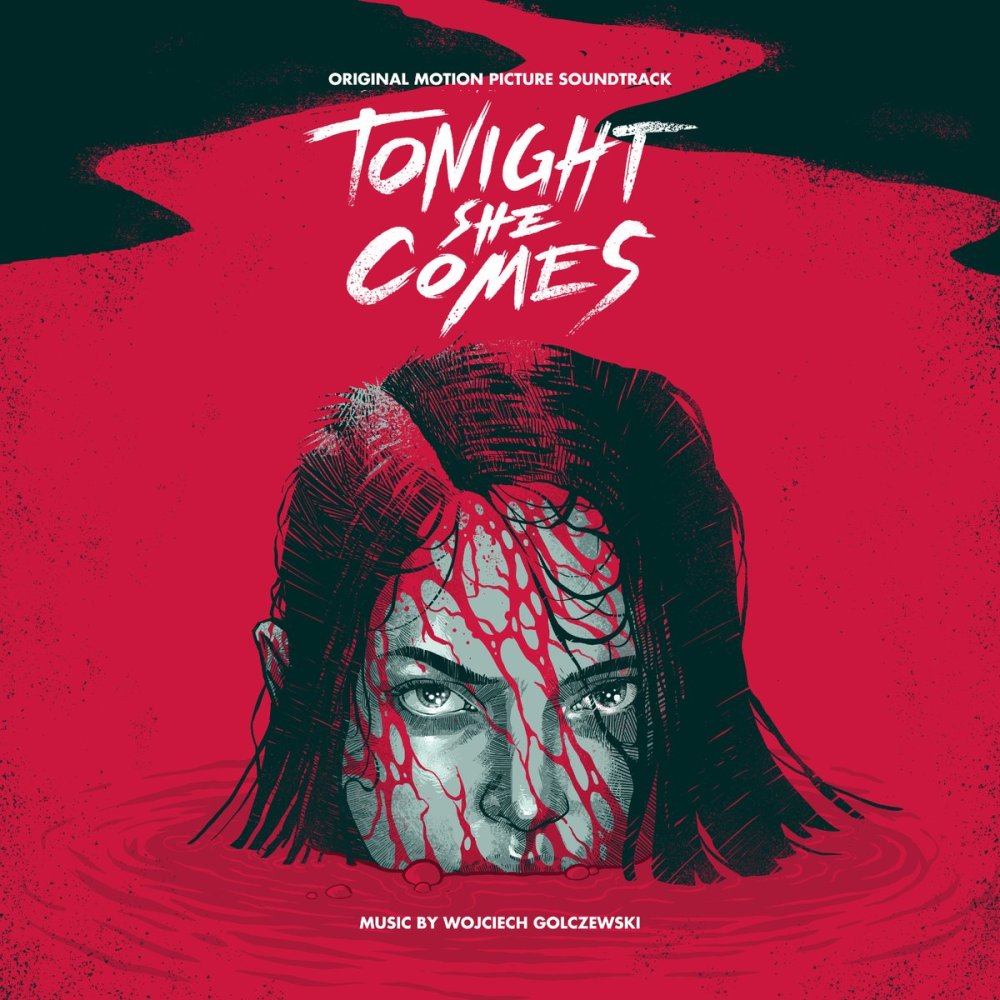 There have been many instances where a pretty subpar film was saved in my eyes by the score that accompanied it. Sometimes the score feels as if it deserves a better movie to showcase it. I’ve gone back to films I loved growing up and realized that the soundtrack is what was so special about it. I think Wojciech Golczewski has done a pretty good job of picking projects where the director was working at a level very similar to his own, which is a very good thing. We Are Still Here and Mowhawk were excellent indie films, both written and directed by Ted Geoghegan. And while Beyond The Gates wasn’t at that kind of cinematic level, it was a fun little horror film made all the better by the excellent synth soundtrack by Wojciech.

With Tonight She Comes, the mood is melancholy and Gothic, and opener “She Comes” is a beautiful example of what Golczewski can do with a lilting synth melody. There’s definitely chills as I listen to this opening track. It’s nostalgic in that it has the overwhelming feeling of searching thru the video cassette boxes at my local video store in the 80s and finding some dusty nugget of cheap horror to take home and watch late at night after everyone had gone to bed. But this piece also possesses something very modern, too. Something familiar, yet completely foreign. “He Comes” follows with more dread under the surface. A steady rhythm moves us along like we’re walking an oak-lined sidewalk in some nondescript neighborhood as dead leaves and cracked concrete lead the way. Much like Golczewski’s work on End Of Transmission and End Of Transmission 2, these pieces work so well because of the vintage sounds used to make these tracks. You can almost here the synths breathing and wheezing, coming to life thru circuits and wires.

Elsewhere, “The Girl” builds on ominous plunges into a descent with bubbling tones and a steady build of dread. Though I’ve yet to see the film, I can feel where a track like this would help move a frightening narrative along nicely. “Action” has an early 80s Tangerine Dream vibe. Supernatural eeriness mixed with a late night cool. Wojciech ends our musical journey on the grey skies and lilting “We Talk”. It’s an enormous and overwhelming track that revisits themes we’ve heard already, but with a sadness in its resolution.

That is the amazing thing about Wojciech Golczewski’s compositions, his ability to take the darkness and turn it inside out. He explores the Gothic, cosmic, and macabre in a very human and heartfelt way. I look back to his End Of Transmission records. He tells a space story thru analog synths. A tale told thousands of miles into deep space, yet we are drawn into it in a very human and grounded way thru circuits and sound waves being bent very organically. Just as someone like Bach, Beethoven, or Debussy would bend and twist an orchestra to their will in order to create an emotional connection between themselves, the audience, and that Divine power that motivated them, so too does Wojciech Golczewski. Whether it’s analog synths or symphonies, he’s a master manipulator of tones, melodies, and imagination.

Add Tonight She Comes to the list of Wojciech Golczewski’s great musical achievements. It’s an engaging, precise, and beautifully dark and somber work. It works completely on its own as a late night listen as the moon hangs in the sky, the wind howls, and a candle flickers on the mantelpiece. I look forward to hearing it in the context of the Matt Stuertz’ film, but until then this score will suffice.

Tonight She Comes will be available on limited edition cassette via Data Airlines on September 28th.