An equinox is when the day and night are of equal length, usually around March 20th and September 23rd. An equinox is also usually the start of spring or fall, or metaphorically the beginning of life or the end. I’m weird, so I like to look at it in terms of one’s life. I can remember being in high school and writing terrible poetry and going heavy on the metaphors. There was one in-particular that I wrote about how each season was a representation of one’s life span. Born in spring, living and growing through summer, aging through fall, and death comes in winter. Ridiculous crap to impress some girl or my creative writing teacher(it did neither.) But at 17 it was some profound shit, I tells ya.

I imagine musician/producer Joel Grind was more interested in the fall equinox, where everything starts dying. The days get colder, the nights start to become longer, and the glowing, orange-hued harvest moon makes its appearance. And I bet his favorite Peanuts cartoon is It’s The Great Pumpkin, Charlie Brown.

When you see a picture of Joel Grind, with his bleach blonde hair and bandana tied around his head, he looks like an L.A. glam metal dude. It would be a mistake to assume anything about Grind. He’s not that at all. He’s a true metal dude with a love for horror and classic synthesizers. Grind is also a heavyweight producer, putting his handiwork on some of today’s best extreme metal albums. With each thing he does he seems into it 100%, whether it’s extreme metal, hardcore, or in the case of Equinox, gloomy synth music. It’s a great shot of retro horror and dystopian synth sounds. 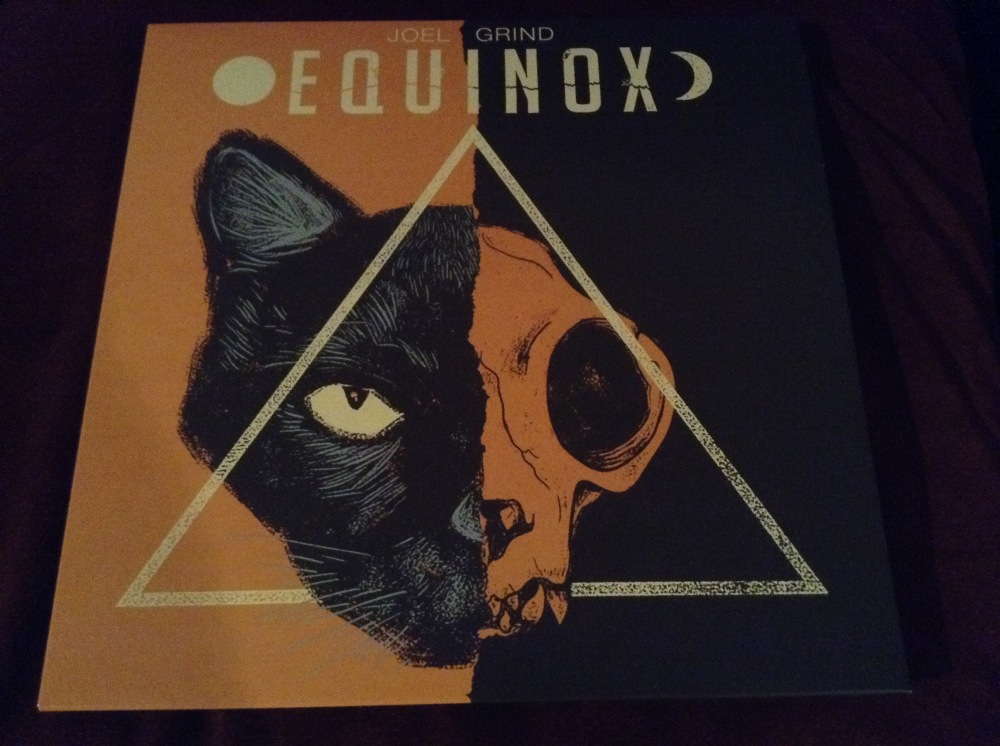 Joel Grind? Who? What? When? For those not in the know, Joel Grind is a one man musical operation. His main gig is the speed/thrash outfit Toxic Holocaust. He records everything in the studio and then tours with a band. He’s one of these super talented guys that can do everything without anyone’s help. I mean, they say if you want something done right you should do it yourself. Grind takes that very literally. Besides the Toxic Holocaust stuff, he records under his own name. There’s The Yellowgoat Sessions that sounds a bit like the Toxic Holocaust stuff, with maybe more of a hardcore slant. Goat heads, pentagrams, and songs about masters of Hell and bloody vengeance. Then there’s his synth-heavy stuff. There’s the two song EP Fatal Error that has the hallmark of a doomed group of cosmonauts heading into a black hole or some dark star purgatory. Then you have his full-length Equinox. Equinox, Grind’s debut on the Mondo/Death Waltz Originals label celebrates all that is dark, gloomy, and sprinkled with dust, cobwebs, and bad juju. In other words, it’s a hell of a fun listen. 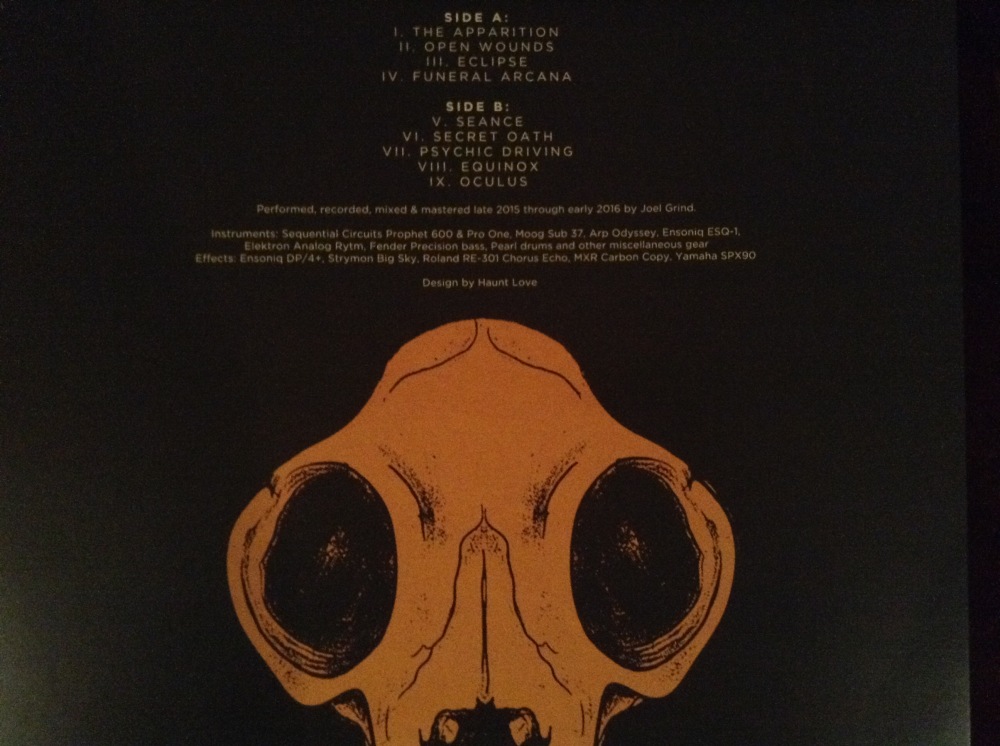 My affinity for retro 70s and 80s synth is no secret(you didn’t know? Stay after the meeting and we’ll talk.) Death Waltz and Mondo have taken a good portion of my money(and my childrens future fortune I imagine), but I’m not complaining. The trip these albums take me on are worth not having any sort of inheritance when I pass onto the great beyond. Joel Grind seems to appreciate all those old horror soundtracks created heavily by the synthesizer. A song like “Secret Oath” wouldn’t exist without A Nightmare On Elm Street and that film’s music composer Charles Bernstein. Then there’s “Psychic Driving”, a cross between John Carpenter and Ms. 45s composer Joe Delia. It’s sickly synth and sleaze disco groove make you feel like you need to take a shower. “Open Wounds” has a dystopian, post-apocalyptic vibe to it. It puts me in mind a bit of Finland’s Nightsatan, with even some touches of Depeche Mode. “Funeral Arcana” is a big nod to Carpenter and Fabio Frizzi. It has a bit of a metal vibe as well with the drums and driving bass.

Grind tips his hat to Carpenter, Tangerine Dream, Fabio Frizzi, and Jean Michel Jarre as influences and inspirations for Equinox and you can definitely here their spirits haunting these tracks. But the cool thing is that Grind has been doing this for years and that experience and the style he’s developed permeates the album. There’s a harder edge to these tracks. You can definitely bliss out on something like “Seance”, as well as the ominous vibe of title track “Equinox”, but there’s always an existentially heavy vibe looming just around the corner.

We’ve just passed the spring equinox. Only six more months till the fall equinox. Until then, pass the time with Joel Grind’s Equinox.