So Saturday July 12th my wife and I were supposed to go to Chicago and see one of my favorite songwriters Jeff Tweedy play at the Taste of Chicago Festival. He was going to play part of the show with a small band(including his 18 year old son Spencer on drums) and the other part just him and an acoustic guitar(or several acoustic guitars as he plays many songs in many tunings.) Well on the way to South Bend to catch the train to Chi-town we decided it would be best not to go as Chicago was getting dumped on by massive rains. We figured we’d just grab lunch and walk around a mall or something. Better than being miserable and soaked in Chicago for 6 hours. Lucky for us we stayed in the Hoosier state as they cancelled both the Taste of Chicago and the concert.

So we grabbed lunch and just drove around Mishawaka and South Bend for the afternoon. Since we didn’t have any kids with us to bore we headed to Goshen, IN to check out Ignition Music. It’s an old garage that’s been converted into a record store, audio equipment sales, and concert venue. Turns out its’ a classy joint with lots of style and personality and even some decent spins. The owner still had some RSD releases left over. Two caught my eye immediately. Both were Placebo records(the Belgian jazz fusion band fronted by keyboardist Marc Moulin, not those 90s alternative rockers.) These albums were extremely limited when released on RSD by the record company Music On Vinyl.

If you’re not familiar with Music On Vinyl, their whole gig is to reissue old classic albums that deserve a second life on high quality virgin vinyl. I’d picked up the self-titled Placebo album from them a couple months ago and was floored. It sounds utterly amazing. This record company based in the Netherlands does a fantastic job with the albums they reissue. The reissues aren’t cheap, but they’re worth every penny.

Anyways, as I was saying this record shop had Placebo’s other two albums. I had no idea all three of the Placebo records were reissued. I just thought their final self-titled was reissued. I began salivating. My wife gave me her blessing to snag one of the albums so I went with 1973. I’d heard a few tracks from it on Youtube and thought I’d go with it.

There was some small talk with the owner and we pet his very friendly chocolate Lab before heading out the door. I couldn’t wait to get home and spin this funky chunk of jazz fusion. This band has quickly become one of my favorites. We got home and I proceeded to pull the record out and check it out when I looked at side 2 of the album and my jaw dropped. The adhesive that goes on the center of the record for the label to stick on had missed its mark at the pressing plant and half of the adhesive was ON THE RECORD. I couldn’t believe it. This stuff happens, sure. But this wasn’t just any record. It was a RSD release and limited to 1,000 copies worldwide. I knew this guy didn’t have another copy. So I sent him a message letting him know the situation. I didn’t want my money back, I just wanted a working record. On a whim I emailed Music On Vinyl directly telling them the situation and sent them a picture of the album. I asked them if there was any way I could get a copy from them. I just wanted to know if it was possible to even get another record, and whether I needed to go through the record shop or if they could help.

Sunday passed and then Monday morning I get an email back from Music On Vinyl directly. A guy named Mark contacted me and said he was very sorry about the album. He said normally they’d have the customer go through the record shop, but since he knew this album was sold out he’d send me a copy he had at Music On Vinyl. Just like that MOV said they’d hook me up. Well imagine my surprise when my wife calls me today at work to tell me a package arrived in the mail for me…from the Netherlands. They overnighted the album to me from freaking Europe! They came through and then some. I’ve spun the record four times tonight. Labels lined up right and the record, as I knew it would, sounds amazing. Ignition Music’s owner got back to me yesterday and apologized about the record and that he’d give me a 100% refund. I told him I appreciated the offer. Music On Vinyl was hooking me up with a new copy and that a refund wasn’t necessary. But I did tell him I’d be back up for that Ball Of Eyes LP.

All of this blabbering for what? What’s my damn point? Well my point is that I wish more companies conducted business like Music On Vinyl. Upstanding folks that make things right when needed. Quality vinyl and great customer service over there in the Netherlands. Thanks Mark and Music On Vinyl, and thanks Ignition Music. I’ll be back.

Check Music On Vinyl out here and see what all they have coming out and what you can buy and order from your local brick and mortar from Music On Vinyl. 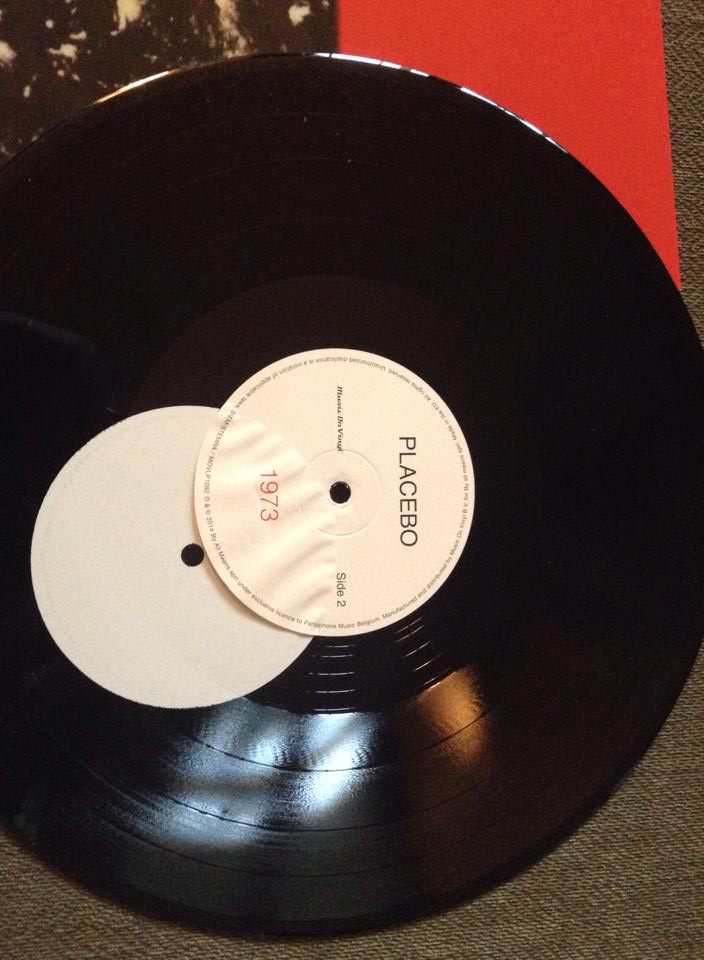