I wasn’t that familiar with the Legion comic book series from Marvel when the FX series was announced. In fact I knew nothing about the character David Haller, aka Legion, but after hearing that Noah Hawley was the showrunner I was in no matter what. Hawley is the brains behind the amazing Fargo series and I figured if he could take what he did for that adaptation and put it into a Marvel-based show it was going to be a win-win. After reading up on Legion and that he was the son of Charles Xavier and suffered from mental illness and could quite possibly be the strongest mutant ever to exist it seemed like my kind of show.

Turns out it was my kind of show.

I absolutely love Legion; from it’s quirky characters to the psychedelic vibe of the show to the dark nuances associated with a mentally unstable mutant that could probably destroy the universe on a bad day. Hawley took his Coen Brothers-esqe vibes and churned out a comic book show unlike anything I’ve ever seen. Dan Stevens is amazing as David Haller, combining the quiet innocence of a guy who doesn’t know what he’s capable of to the Mad Hatter insanity he unleashes with his boundless psychic powers. The supporting cast is a who’s who of Hawley favorites, bringing Rachel Keller from season two of Fargo in as mutant Sydney “Syd” Barrett and also from season two of Fargo Jean Smart as Melanie Bird. Bill Irwin, Jermaine Clement, Aubrey Plaza, and Jeremie Harris round out a cast of amazing actors that bring so much life and feeling to this one-of-a-kind series. 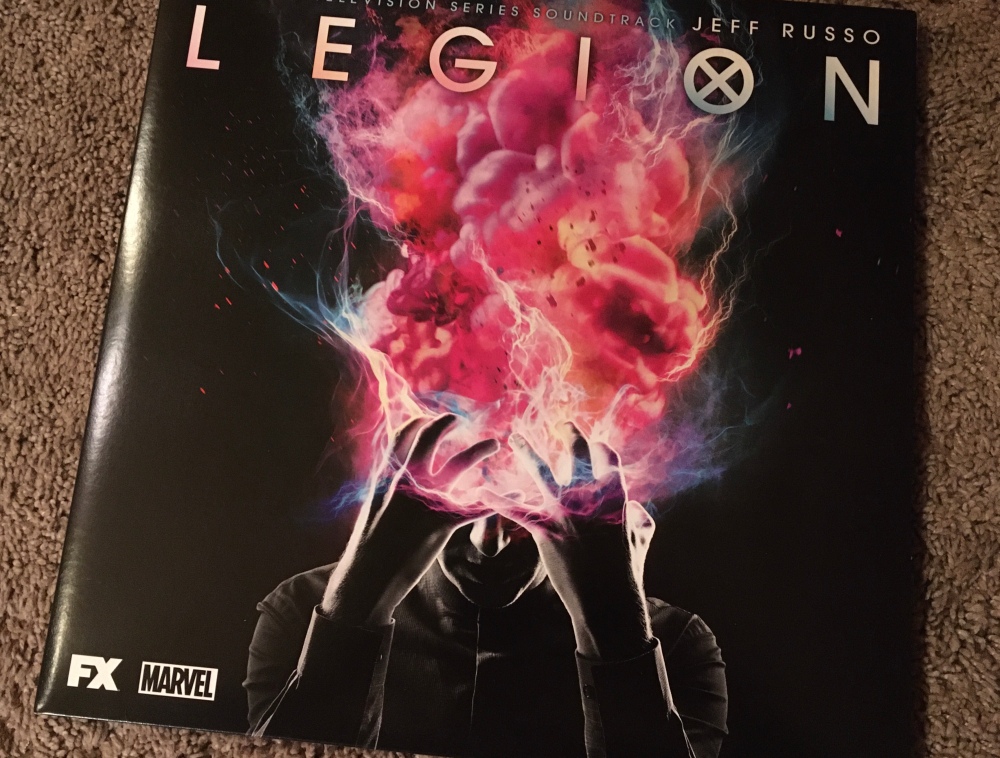 One of the true unsung heroes of this show is the score by Jeff Russo. Noah Hawley worked with Russo on Fargo and they continued their fruitful working relationship here on Legion. Hawley had stated he was influenced greatly by the music of Syd Barrett and Pink Floyd and wanted their trippy, otherworldly vibe to permeate the show’s score. Dark Side of the Moon is a cloud that hangs over the series, as it’s an album about psychosis and someone slowly losing their mind. This is a main theme of the show. In Dark Side that person(Syd Barrett) never returns from that trip, where David does but he becomes something entirely different. 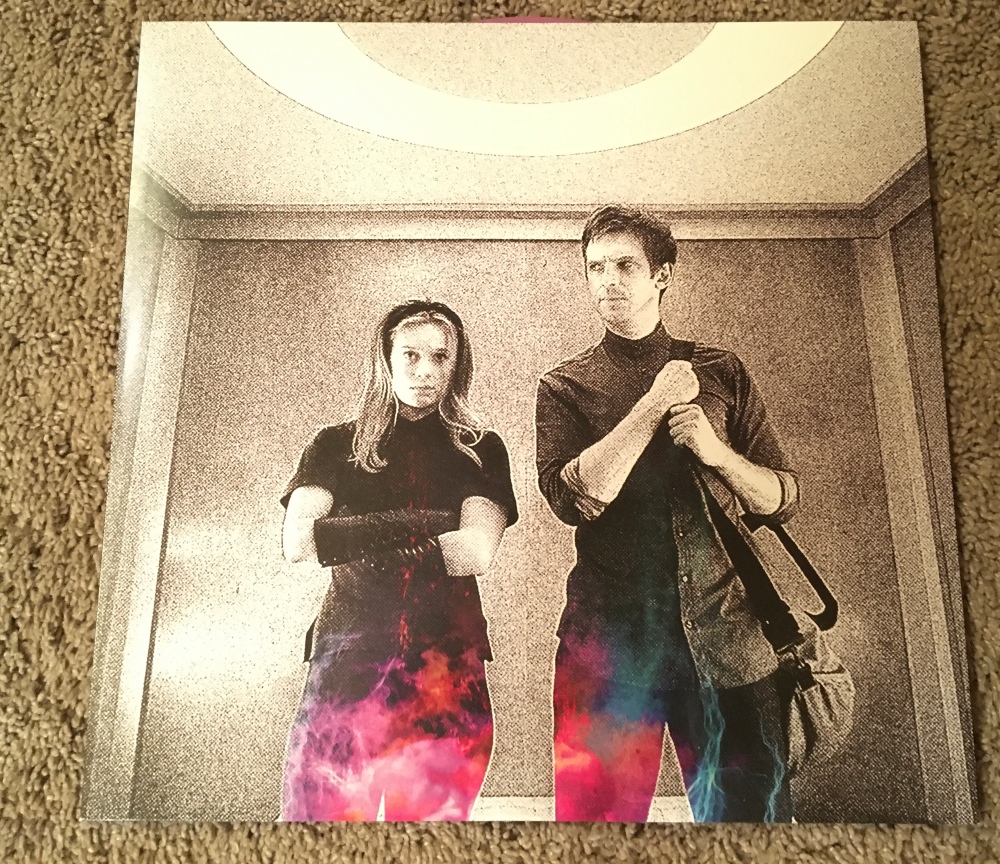 Russo, who started out in the 90s in the band Tonic has gone on to release several albums with the band and has scored shows and films as diverse as Star Trek: Picard, Counterpart, Mile 22, Lucy in the Sky, as well as all his TV work with Hawley.

For Legion, Russo used a mixture of orchestral pieces and old vintage synthesizers to create both classic symphonic sounds as well as otherworldly, spaced-out sounds. His thru-line here is the relationship between David and Syd which lends itself to a diverse sound collage. A piece like “David” is dark and absorbing with the heartbeat of the piece being a synth. Strings sway and howl in the background as the Moog picks up pace. “174 Hours” is an 8-minute suite that captures the quiet loneliness that permeates something like Pink Floyd’s Dark Side of the Moon. The piece ebbs and flows till it falls into an almost rock band slow motion groove. “Clockworks” brings that Mad Hatter vibe with striking strings and an almost psychotic flair. “David and Syd” sounds as doomed as the characters themselves. There’s a sadness that hangs over the piece with touches of ambient flair and a lilting piano and strings section. “Legion Main Title” is the perfect theme for the show, with an almost “On The Run” vibe. 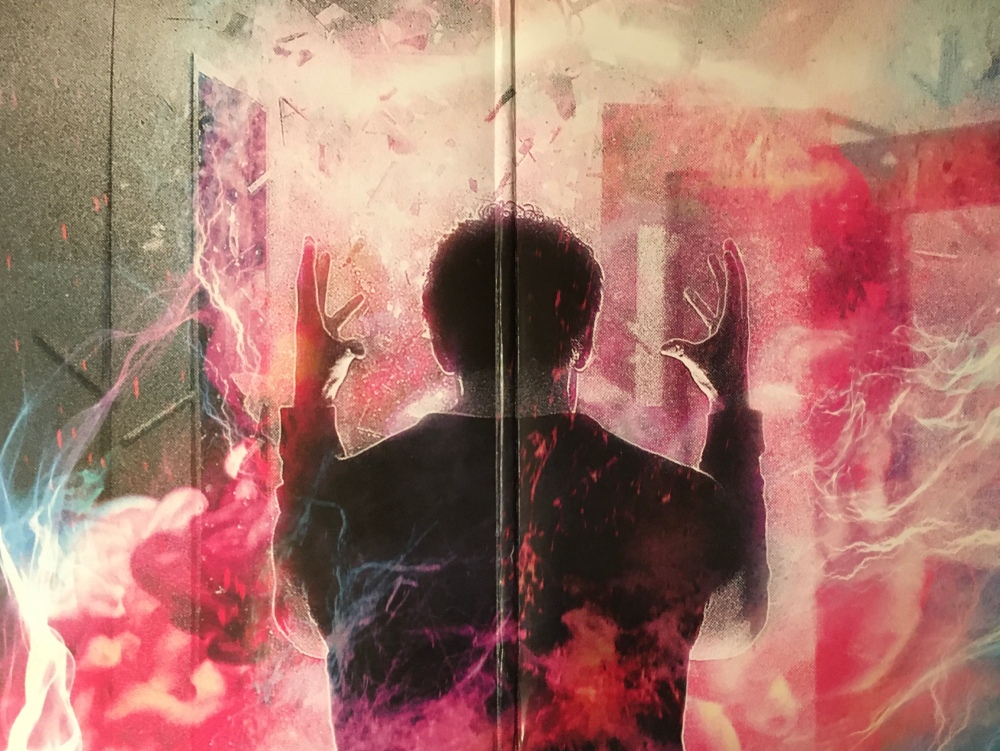 There’s really not much more I can say about Jeff Russo’s work here. He took Noah Hawley’s direction of Pink Floyd and opened up a psychedelic bag of tricks that works so amazingly well here. I love the mixture of different textures; sounds both traditional and at times avante garde, which is really the only way you can go with a show like Legion. It’s not your typical superhero fare. In fact it’s far from it. 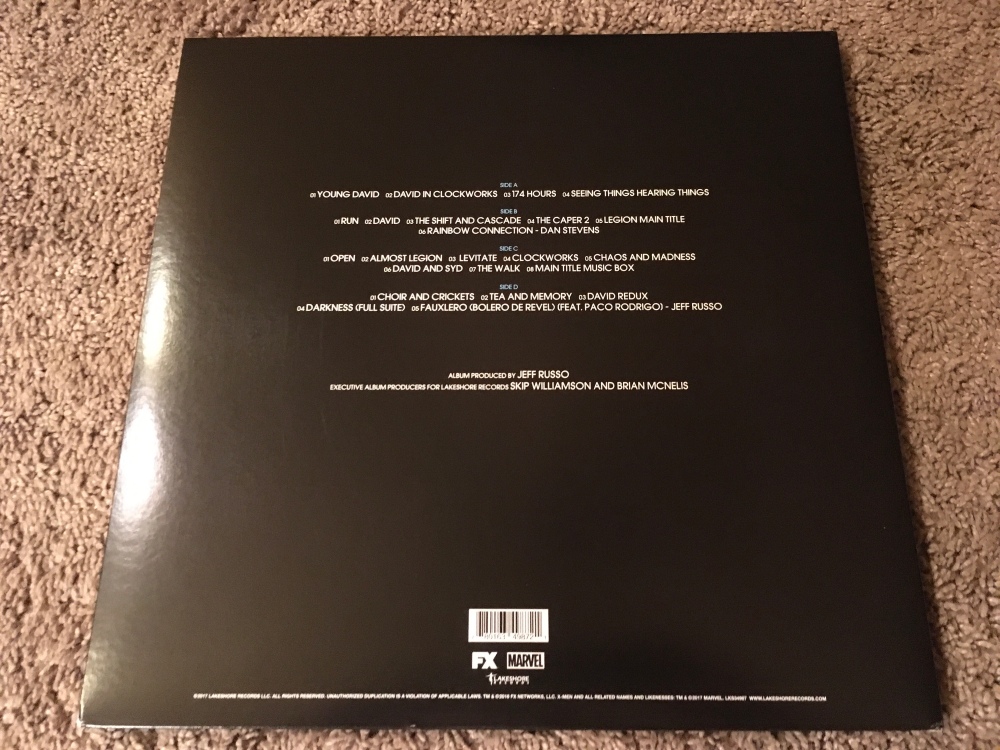 I know a lot of comic book folks that hated this show for that very reason. “Too weird, too out there, too hard to follow.” If they want the same old same old there’s always Agents of Shield. For my money, the idea of a hallucinogenic comic book-based television series seems like the direction we need to take these shows. I loved the visuals of Scott Derrickson’s Doctor Strange. I want more of that. Noah Hawley gave us three seasons of that and so much more with Legion. The depth, the acting, the look, and of course the sound of that show was more than I could’ve ever hoped for in a Marvel series.

I highly recommend the show, as well as this incredible score. 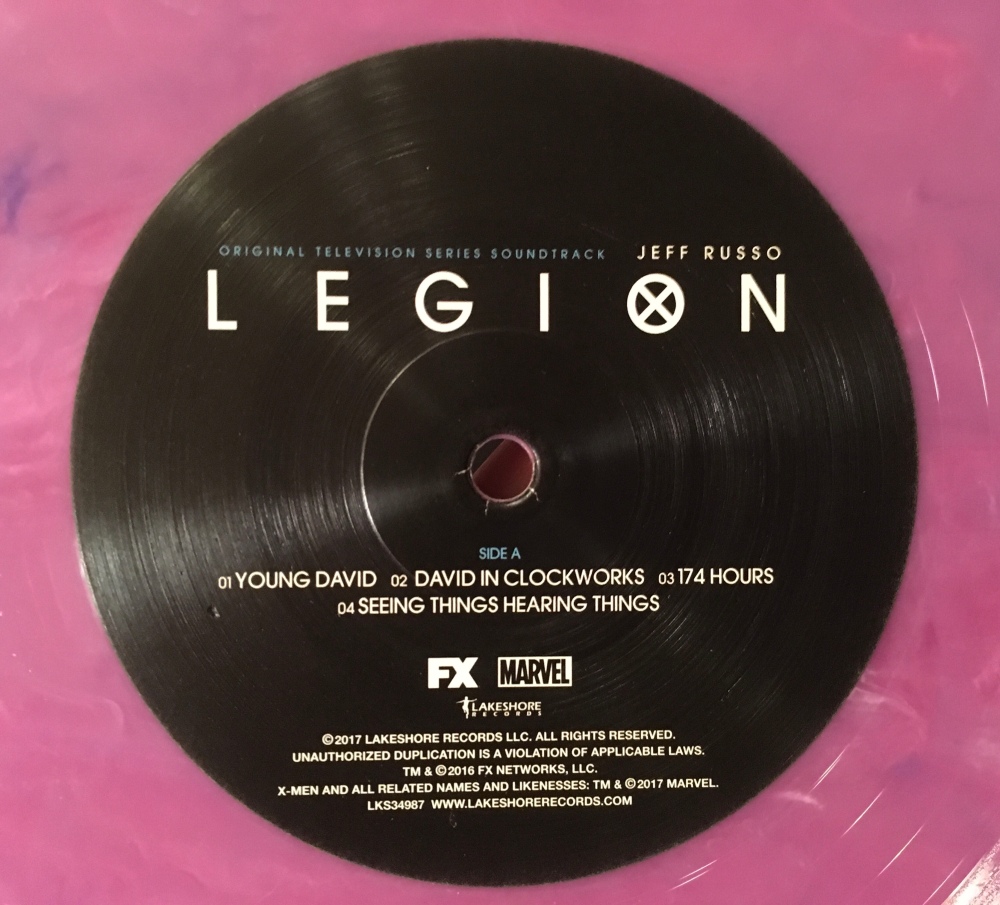