I had a dream once where I was no longer needed by my children. In the dream I had three kids and they were all well into their teens. It was like I was looking at an old portrait in a photo album and it had suddenly come to life. I was standing in a room looking at these kids and they had looks on their faces as if they were just humoring me. Like I really didn’t matter. I was hurt and baffled. 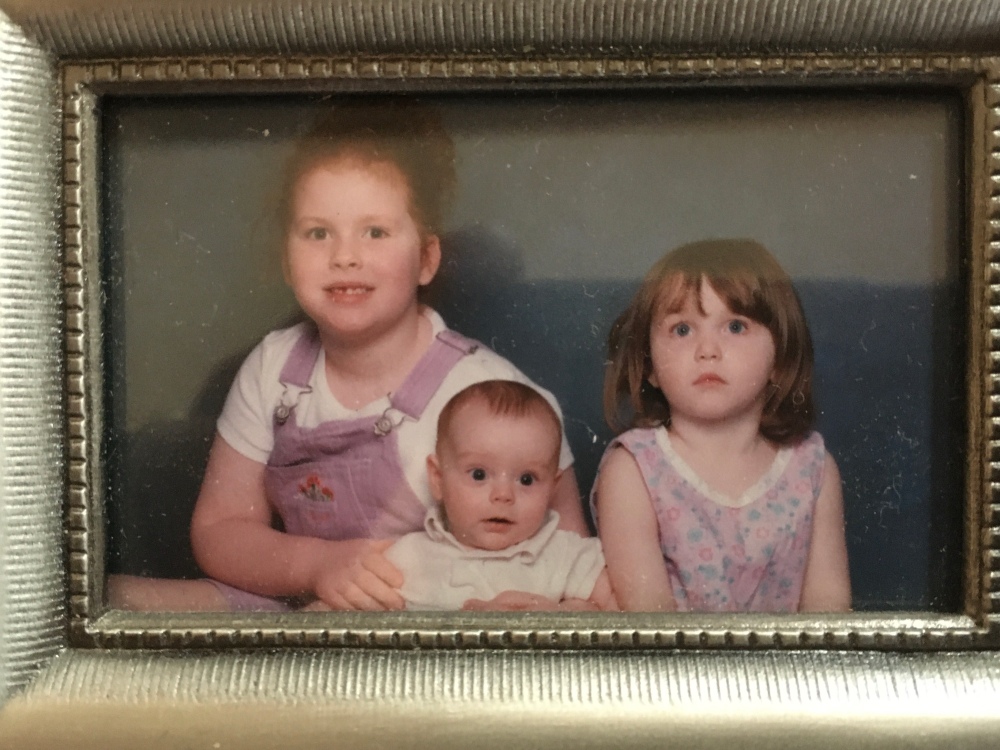 Normally strange dreams before that time involved aliens masquerading as my parents, or swinging on a playground swing only to jump out as the swing reached heights of close to 100 feet, or there was also the dirty toilet nightmare that I won’t go into here. Of course, the back in high school nightmare was a tried and true one. No nightmare I’d had to that point involved my kids, or imagined versions of them. At the time of this dream I only had two kids; two daughters ages 4 and 1. Our son was another year away.

Back to that dream.

So as I stood there looking at these strange teens that were my teens, feeling unwanted and sort of just in the way, I saw my oldest appear. My real oldest at 4 years old, and she walked from behind this line of kids. She looked at me in the dream and said “It’s okay daddy. I’ll always need you. It’s okay.” As she said that I woke up, a mess of tears and sobs. I thought to myself I hope that never happens. I hope my kids will always love me and need me and want me in their lives. I was still just a naive parent of 31 that still entertained with VHS copies of Scooby Doo, Where Are You?, PBS Kids, as well as making up bedtime stories about two sisters and their adventures with Dr. Mindbender. That feeling of not being needed and sort of just that person who handed out lunch money and yelled goodbye from the door in the morning was still so far away. It seemed to be a lifetime from where I was then. 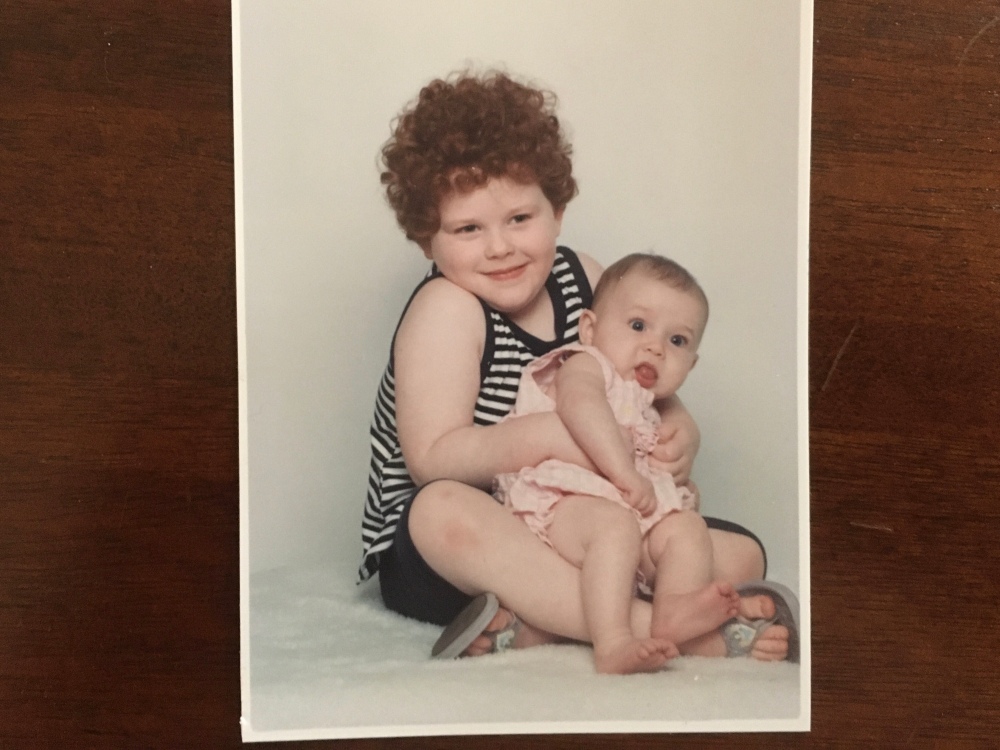 Recently work has been weird. Like, are they closing their doors or not closing their doors weird. After the holiday break there was a promise of lay-offs. In order to get ahead of the game in case my name was called I took about twenty minutes one afternoon and cleaned out my desk of all the personal items. Besides a stack of Randy Newman and Kinks CDs, I found a weird bag filled with various plug-in adapters, a bike lock, some stale Christmas candy, and promotional pens that no longer worked from UPS, Fed Ex, and DHL. I also found two or three picture frames with several photos in them. These I’d completely forgotten about.

There was a time at work where we could proudly display photos at our desks of our kids; be them of the two-legged or four-legged kind depending on your disposition. I’d had two or three small frames that contained wallet size school and baby photos, as well as one of my with all three kids on the play set in our backyard. The kids were 5, 2, and around 5 or 6 months old. I wasn’t obsessed with having tons of photos like a lot of folks were, I just liked having their pics on my desk as a reminder of why I showed up everyday and did the work.

Well one day our lazy boss came out and told us we weren’t allowed to have photos on our desks, on account someone complained. Really? Someone complained about pictures of little kids? I gave him a cursory “fuck you” glance as he wheeled off in his Hoveround and I put the photos in my desk, to be forgotten about for close to 13 years. 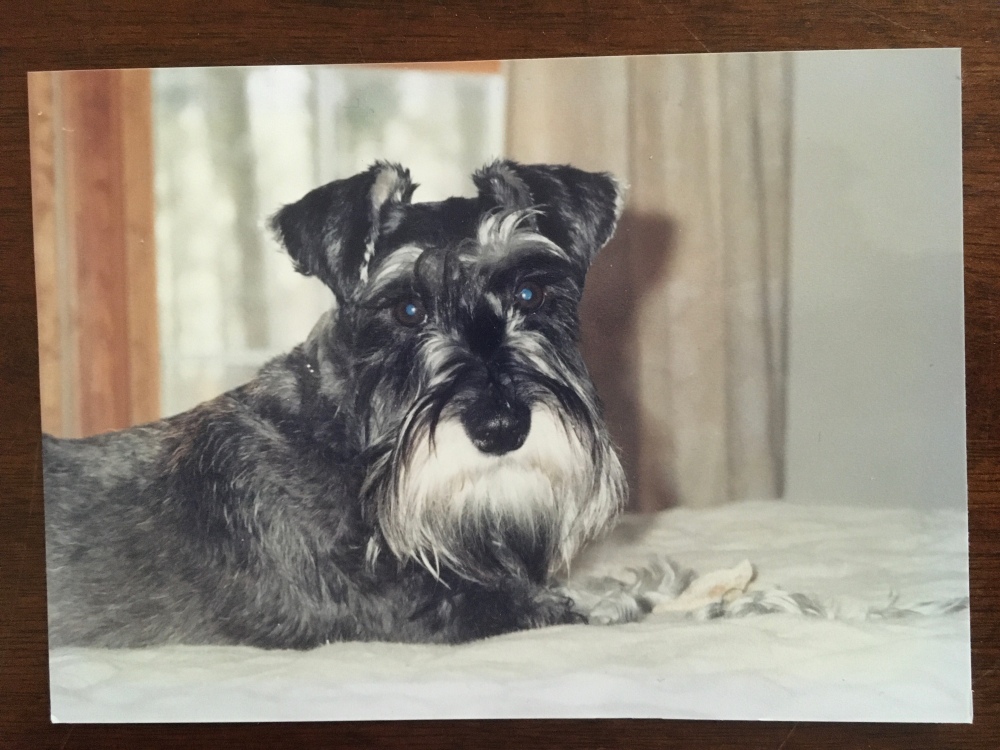 I brought home the frames and disassembled them to find quite the collection of photos of my kids. There were some random photos stowed away of my parents when they were younger than I am now, our old dog Dieter, and one from 1994 when my wife(then girlfriend), her best friend from college, and one of my work friends took a trip to Chicago. Besides those, I seemed to have collected the first seven years of being a parent in a couple dime store picture frames.

Seeing the photos reminded me of that dream I had back when I still had a decent amount of hair on my head and diapers were a major part of the weekly budget. I guess I can understand why that younger version of me had a dream like that. Being around two amazing little people and caring for them is a life-changing thing. It’s not always a good time, but it’s always important. It’s always necessary. I took that responsibility seriously, though at times begrudgingly. I was still at a point where I was taking things for granted. I still didn’t get how quickly things were moving and progressing. That even though that dream I’d had was weird and painful, it was in some ways a stark truth. Not that someday my kids wouldn’t love me or need me, but that someday they were going to grow up and not need me around at every moment. No hands inches from their backs as they walked for fear of them falling. They’d learn to walk on their own, and get up on their own when they fell. Maybe I was sensing that when that dream played in my mind, but it was some funhouse mirror version of it. I don’t know.

I do know that with my oldest a sophomore in college, with my second daughter a junior in high school and my son a freshman in high school they still do need me. But it’s different now. It’s a different need. I’m more of a sounding board these days. I certainly can’t help them with their homework(that stopped close to 6th grade.) A reminder to get moving in the morning so they’re not late. Maybe transfer some money into my oldest’s account so she can buy herself some OTC cold medicine when she’s sick down at University. Advice on what to buy to clean stains out of car mats. Discussions on the 2020 line-up of Marvel movies. Those sorts of things. It’s different, but the same.

I’ve logged that dream into long term memory. It’ll always be there, ready for instant recall when I want a reminder of what it was like being the father of two little girls. Scary, emotional, daunting, and occasionally overwhelming. I’ve put that stack of photos in my nightstand for easy access as well. They’ll always be there as a reminder that dreams are nothing compared to a good life lived, experiences savored, and living with three kids that sometimes drive me crazy but I’d never change a thing.

4 thoughts on “Picture In A Frame”