Luz is one of those kinds of movies where you leave your preconceptions at the door and just experience it viscerally. Sitting down with Tilman Singer’s Luz and wanting a narrative-rich horror film with lots of scares and gore is the wrong way to approach it. You need to step into this movie as if you’re half-buzzed in the middle of the night and you come across this strange little film on cable access. Too messed up to screw with the damn remote anymore, you just leave the channel where it is and let this German film lull you into a twisted and psychedelic sleep. Go into it in that mind frame and you will be pleasantly surprised. 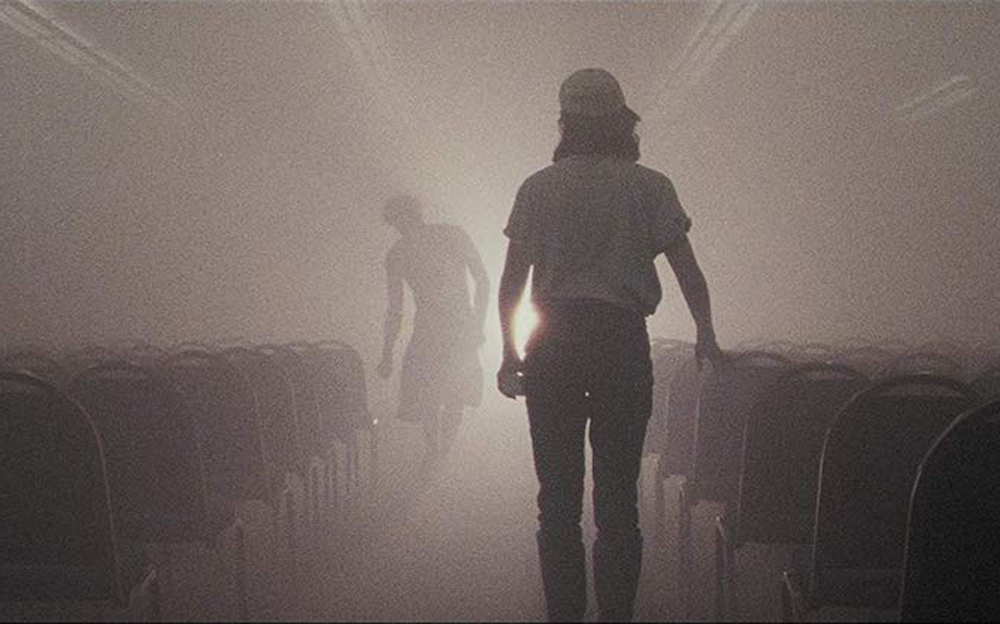 Luz tells the story of a young cab driver named Luz Carrara who enters a police station in the middle of the night after jumping out of her own moving car. She’s acting distracted and at times erratic, screaming at the policeman at the front desk. Soon we go to a bar where a man sits drinking alone and keeps checking his pager. A woman asks him if he’s a doctor, to which he lazily replies that he’s a psychotherapist. They begin to drink heavily and flirt, with the man becoming increasingly aroused as the woman talks about her friend Luz whom she went to Catholic School with. Turns out the woman is possessed by a demon, a demon that Luz summoned back in school and is now looking for her so it can be with Luz once again. The possessed woman lures the inebriated doctor into the bathroom where the demon transfers from the woman to the doctor. The doctor conveniently is paged to come to the police station in order to hypnotize Luz so they can find out what happened to her.

Then it gets weird.

Okay, so story-wise this thing is sort of all over the place. How the demon knows who to possess to get to Luz, or how the demon showed back up in the first place isn’t really explained. But like I said about this at the beginning, this is not narrative-driven kind of film. This is about doing more with less. The film was made on a shoestring budget of $135,000, which is a lot of money in relative terms but not when making a movie.

The shots are intricate and well done, with Singer creating mood with just a single shot of a hallway. There’s no gore or special effects per se, but the few moments of blood are effective. Where Luz‘ strengths lie are in the look of the film, its almost arthouse pacing, and effective camera work. Everyone in the film are effective in their roles, especially Jan Bluthardt as Dr. Rossini. His standoffish attitude towards the woman in the bar(played by Julia Riedler) is in direct contrast of his behavior once he’s possessed by the demon. His wild eyes and odd actions only go to push his outlandish finish in the last 10 minutes of the movie. Luana Velis as Luz Carrara also does an amazing job. She replays her night in the cab sitting on a chair in the police station under hypnosis, as if she’s in a high school play in front of a crowd of fellow students. Grooving to the music on the cab radio, lighting a cigarette, and spitting out of the cab window like some weird pantomime as two officers and Dr. Rossini watch.

Mood-wise, Luz works on a David Cronenberg level. Somewhat intellectual and somewhat sleazy, with disturbing just under the surface. The look is reminiscent of films like Scanners and Videodrome. There’s an intellectual quality to the film, which may come from Singer’s attempt to recreate 80s European horror. Stuff like Lamberto Bava’s Demons, Dario Argento’s Tenebre, and even the tempered pacing of Romero’s Day of the Dead come to mind as well. But with the film clocking in at just around 70 minutes, there’s really no fat. It’s a lean, weird film that goes by fast. 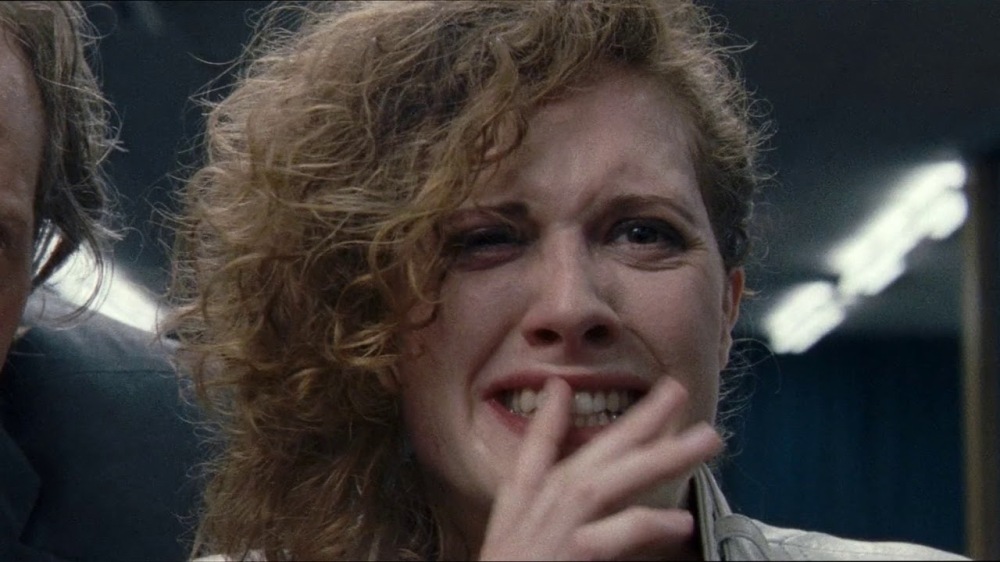 I must also mention the incredible score by Simon Waskow. Waskow makes an eerie soundscape with synth and strings, evoking both Fabio Frizzi and Howard Shore. I’m excited to see what Simon Waskow does next after Luz, as his work here is truly breathtaking.

Take 70 minutes out of your day and watch Tilman Singer’s Luz. It’s a weird, hallucinogenic arthouse head trip that is well worth your time. You dig Cronenberg? Giallo? Lynch? Then hit play on this thing.