Listen up, fools. There’s a new badass in town. His name is Luke Cage. Yeah, if you’re up to no good Cage has got your number, you dig? So don’t be gettin’ up to nasty shenanigans, you hear? Don’t be grabbin’ purses or snatchin’ wallets….don’t be pushin’ that smack or knockin’ up those shops down on 123rd St. You know why? Cause the Powerman goin’ to put you through a wall…across the damn street, dig? Think you goin’ to shoot that fool? Think again. He’s got impenetrable skin, he can toss a car like a damn kick ball, and bullets fall off him like gnats. Hell, some damn fool brought a building down on Luke Cage. Powerman crawled out of the rubble like he was getting up from a Sunday afternoon nap! So next time you at Pop’s getting a new do, you make sure you say hi to that fella sweeping the floors. His name is Luke Cage, and he’s makin’ the city a whole hell of a lot safer, dig? 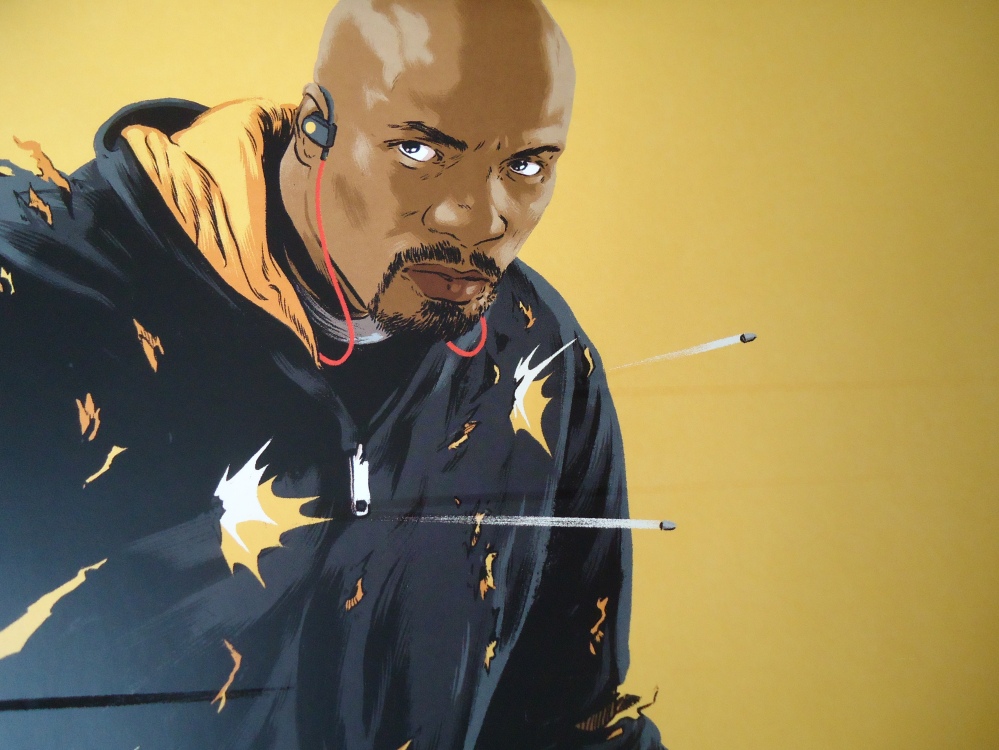 Of all the soundtracks to hit my ears this year, I’d have to say the Marvel/Netflix Luke Cage S/T is probably the best. I know, you’re saying to yourself “But J, you put out your favorite soundtracks list and this wasn’t on there! What gives, man?” Well, Luke Cage hadn’t arrived before I posted my list. Sure, I’d watched the series and loved it prior to writing up the year-end list, but until I can sit and let the music soak into my brain with the vinyl spinning on the platter I can’t truly “get” the music. I did notice the score while watching the series. The opening credits were tight as hell, and the ending credits were funky, too. Certain quieter interludes got to me as well, with many pertaining to the villain Cottonmouth being particularly great. But in order for me to rank a score, I need to be able to spin it on its own. It needs to move me separate from the work it’s scoring. Luke Cage S/T, by Adrian Younge and Ali Shaheed Muhammad is a masterwork, in my opinion. The creator of the show, Cheo Hodari Coker could’ve gone in a completely different direction and filled the show with just straight up hip hop tunes and breakbeats and most people watching the show wouldn’t have known the difference. But instead, Coker enlisted music producer and arranger Adrian Younge and A Tribe Called Quest’s Ali Shaheed Muhammad and they turned the musical score inside out. They created a hip hop-inflected score out of spaghetti western scores, string-inflected soul, and down ‘n dirty funk. 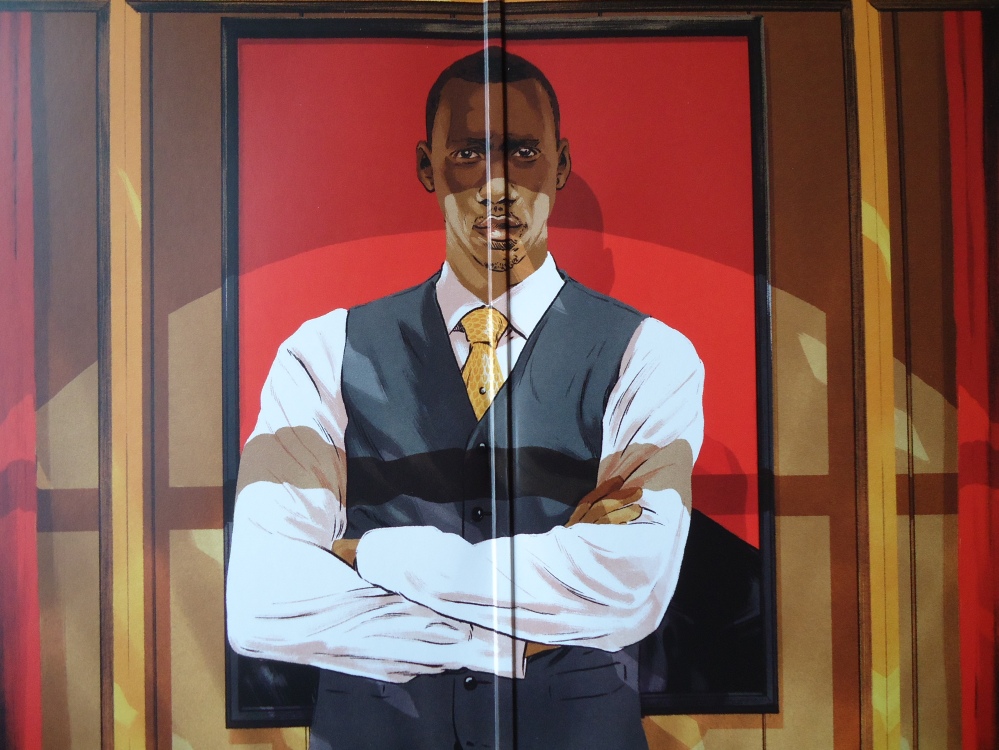 I’ve never been a hip hop guy. It’s only been recently that I’ve started to dig into the world of hip hop. A Tribe Called Quest have always been one of those revered bands that seem to set the hip hop bar incredibly high. I’d love to check out the documentary that came out a few years ago about them that was directed by Michael Rapaport. Anyways, after experiencing what Muhammad did with this score, I’m ready for A Tribe Called Quest. There’s an incredible flow to the whole thing. Beats are throughout, giving the feeling of constant movement, much like characters walking the streets of Harlem from scene to scene. It’s orchestrated beautifully, too. It’s built like a classic film score, but with the heartbeat of the city at it’s core. It’s always classy, but there’s always a bit of urban grit that covers the proceedings. They truly capture the vibe. 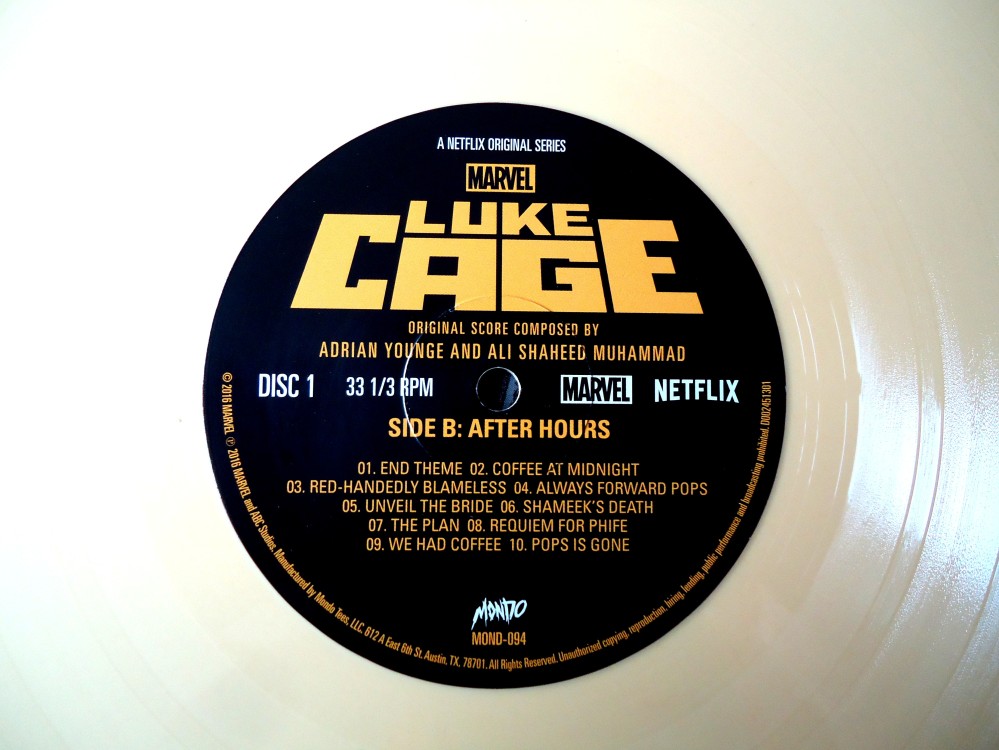 The show, besides being a Luke Cage story, is really a love letter to Harlem. Despite drugs, crime, and political corruption, Harlem thrives on the folks that live there and love there. Despite the violence and greed, the folks of Harlem stick with it because that’s where they grew up, and their parents grew up. Despite the dangers, they’re not going to run from their city. Luke Cage is an indestructible man, for sure. But more than that he’s the embodiment of Harlem’s struggle to keep it together. He’s the embodiment of the culture and the art; the shop owners and folks trying to do good. Through the score, Adrian Younge and Ali Shaheed Mohammad have layered a rich musical history on top of this simple comic book hero origin story. The music elevates a mere TV show to something far greater.

But it’s also a hell of a good time, too.

Each show was soudtracked like an album, according to Younge and Mohammad. So 13 albums worth of music were created. In a Spin interview, Mohammad said,

“Each episode has roughly more than 20 minutes worth of music, which is a lot of music to cover in just a short amount of days. Music is a huge part of the series; it’s like a character. Usually it takes, for me, at least 12-18 months to record one album. This one was 13 albums in nine months.”

He went onto to say,

“When you make an album, it’s not about the one song. You want people to listen to the whole album, unless it’s just mashed up pieces of music that you’re calling an album. But this is an album you want to go from beginning to end to really understand the body of work.”

They were asked in the interview if Luke Cage was renewed if they would be interested in working on that season as well. The answer was “hell yeah”. My response to that? Hell yeah!

If you haven’t yet watched it, make it one of your New Year’s resolutions to watch Luke Cage. It’s not only absolutely stellar TV, but it’s top shelf art. Writing, acting, cinematography,…and of course the music. It’s always about the music. 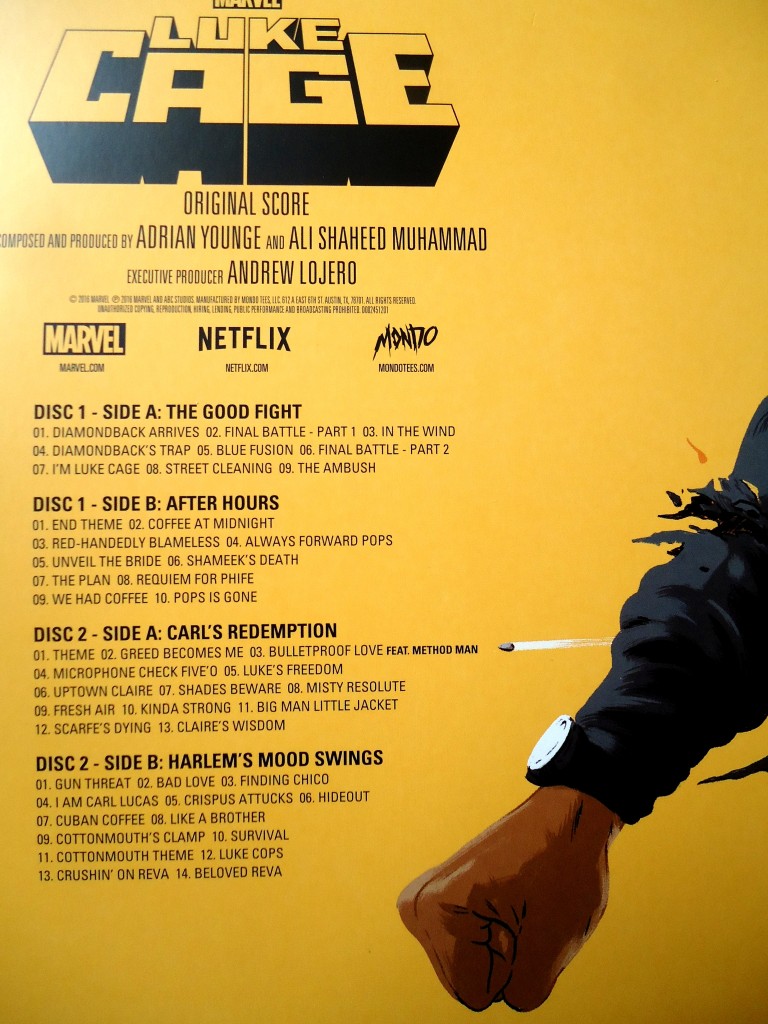