As an impressionable 15-year old I was learning guitar theory, the ups and downs of high school girls, and learning to drive in a 1977 Chevy Nova my dad bought for me a whole two years before I’d get to drive it legally. Another thing that was happening was that I was expanding my musical tastes, natch.

I’d been sucked into a Shrapnel Records wormhole filled with guitar noodlers, as well as plenty of thrash and speed metal 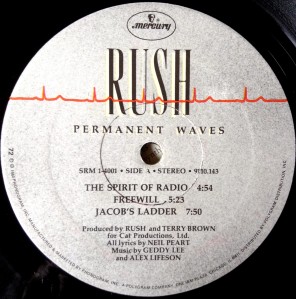 thanks to my older brother. But their was one name I’d heard in passing and had wondered what they were all about. Rush was a band I only knew because my brother owned 2112 on cassette. To my eyes, the cover looked like a red pentagram floating in water and I figured they were just some devil-worshiping band my brother was experimenting with. Well that wasn’t the case, but I wouldn’t find that out till a little later. Once I actually heard that album I was kind of blown away. I think it was a Saturday morning drive in my future car with my older brother to our guitar lesson. He played it in the cassette deck and my 15-year old world was shattered. What was this? One whole side of an album was a movement? Like classical music, but heavy as hell? I needed to hear more.

My best friend and I became hooked on Rush at the same time, right at the beginning of our sophomore year. It became a competition see who could buy their albums first. Fortunately for us, two sophomores in high school with no jobs or means of transportation, most of the Rush discography was pretty cheap. A good portion of the output before 1980 was marked as “Nice Price”. You could get their cassettes for $4.99 or $5.99 at most department stores, so every time one of our moms took us to the mall we wouldn’t head to Musicland or National Record Mart, we’d take the escalator up to LS Ayres and hit the cassette bin. Also, in order to purchase these cassettes we’d both starve ourselves at school by saving our lunch money so we’d have enough cafeteria funds to snag one or two albums(I knew exactly how much money I needed to save in order to get a cassette at my local record shop Butterfly Records…$8.40.)

By the time we were well into the 1989-1990 school year we’d amassed quite a collection of Rush cassettes. While 2112 was still a jaw dropper, I had found my favorites in Moving Pictures and Permanent Waves. Permanent Waves came out in 1980, with Moving Pictures in 1981. In all honesty, those records could’ve been put together to create one of the best double albums released…ever. Both felt very much in tune with each other. I’d learned by this point that Rush was what the folks called a progressive rock band, and that most of their records were in some form or another “concept albums”. My best friend was almost OCD about knowing the lyrics. He could recite them like he’d written them himself. I, on the other hand could not. I just wasn’t that kind of listener. I got the stories and the tales of good and evil. The Ayn Rand-isms, the songs about the hierarchy of trees, and kings and their kingdoms. But for me, all of that came in second to the musicianship. The instrumental passages killed me. Tracks like “Cygnus X-l Book l: The Voyage” off A Farewell To Kings, “La Via Strangiato(An Exercise In Self-Indulgence) off Hemispheres, “Natural Science” off Permanent Waves, “YYZ” off Moving Picutres were songs I always went back to, even after I’d stopped listening to Rush all that much(I do know there’s vocals in “Natural Science”, but it’s still just as much an instrumental song to me.)

But for me, with Permanent Waves and Moving Pictures it felt like those were points where all the naysayers that always talked about how over dramatic and silly Rush’ albums were had to take a step back. They’d honed their sound down to this razor-sharp edge of songs. I think those two albums used the synths expertly. Geddy Lee didn’t overpower the songs with them, he used them to help add mood and depth in their already genius rock trio sound. Plus, the songs were just f*****g great, man. “The Spirit Of Radio”, “Freewill”, “Jacob’s Ladder” on side one of Permanent Waves? Bullet proof. Just bullet proof. Side two got moody with “Entre Nous”, “Different Strings”, and finished things out with the freak out called “Natural Science”. Brilliant stuff. And you know what? It sounds kick ass blasting through some Pioneer speakers in a 77′ Chevy Nova. Moving Pictures is equally brilliant. Who doesn’t want to crank it up when “Tom Sawyer” or “Limelight” come on the radio? And I had no idea what a red Barchetta was until I heard this song. Now I own three(okay, I don’t.)

After 25 years, nearly a dozen concerts, and many times where I put them off to the side for years at a time, I can say I’m still a fan. What album still holds up after two decades of scrutiny? I’d have to say Permanent Waves is the one for me. I feel it captures all the greatness of the band: musicianship, lyrics, and taking us on a journey. I still get chills when “The Spirit Of Radio” plays. To this day. Sadly, I don’t personally own any Rush on vinyl at this point. After amassing their discography both on cassette, and then again on CD, I feel I must take control of the sanity and not indulge once more. I do, however, have Fly By Night, Hemispheres, and Permanent Waves on loan from the John Barack collection. John Barack is one of my closest pals and a work mate for the last 16 years. He bought all of these records when he was a teenager, which would’ve been the late-70/early 80s(he’s 10 years older than I.) He no longer has a turntable, so he kindly loaned his Rush albums to me until he decides to indulge in a new platter.

I will keep the spirit of radio alive for my friend John, myself, and anyone else who’s ever gone through an Ayn Rand phase thanks to three Canadians named Geddy, Alex, and Neil. 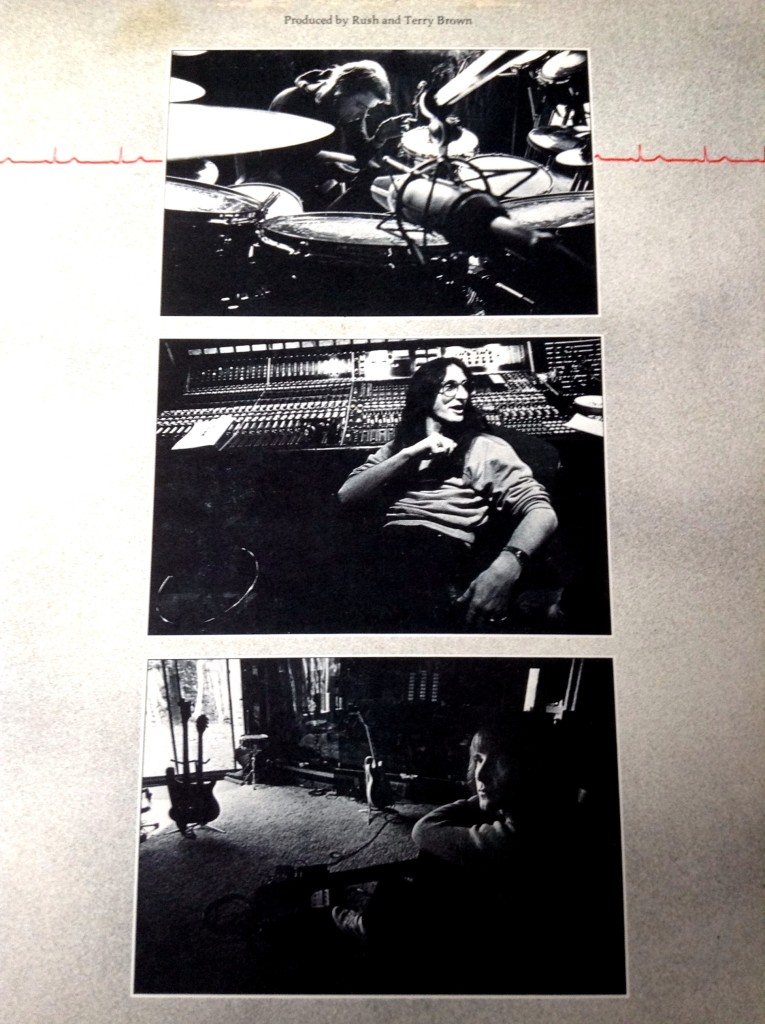 14 thoughts on ““A companion, unobtrusive””