I think I watched Woodstock three or four times before I was 10-years old. Probably never in its entirety, but bits and pieces for sure. Having six channels growing up I was hitting the TV Guide like a boss looking for things to watch that would make me feel less out of the times. All my friends had cable and MTV and cool channels to watch. All my friends were also children of divorce and latchkey, so there’s that.

Leave it to PBS to give us the good stuff. That was where I’d always see Woodstock. Saturday nights they’d start it up around 8pm and let it run in its entirety. Unless it was a pledge drive weekend, then there’d be breaks in and out with someone asking me to pick up my phone and make a donation, as people were standing by to answer my call. You could even see South Bend, Mishawaka, and Elkhart locals sitting in the background at a table with bright red phones in their hands yammering away. I’d asked my mom once if I could call on one of these nights, she said “You wanna pay the long distance bill?” I didn’t. And to avoid an argument I didn’t tell her it was a 1-800 number.

Anyways, back to Woodstock.

Out of all the acts and the many hours of live footage there were only two acts that I’d ever watched in their entirety: The Who and Jimi Hendrix. Those two sets absolutely mesmerized me. Even before I’d picked up a guitar to play and had any musical knowledge in my brain, I knew there was something special about those particular gigs. The Who taking the stage at 5am, pissed and disgruntled, ran thru several tracks from Tommy and an unforgettable performance of “Summertime Blues”. What really stood out for me was “See Me, Feel Me” from Tommy. It sounded perfect, just like it did on my older brother’s cassette. The sun rose as they finished it out and it seemed perfect. Of course, the Who hated this set and hated Woodstock. I’d completely forgot about Abbi Hoffman interrupting them to give a political speech about the imprisonment of John Sinclair. Townsend’s quip of “Fuck off my stage!” before kicking him off is the stuff of legends.

Of course, the other set that I had watched in its entirety was Jimi Hendrix. Hendrix was played a lot in my house as a kid. My parents had his Live at Monterey on cassette and played it in the car a lot. There was also a tattered, beat up copy of Are You Experienced? on vinyl in the basement. My brother would own many Hendrix cassettes as well. Jimi was just one cool, laid back, mystical cat that played his guitar like he was making love to it. Of course, he could also make his guitar sound like it was exploding while simultaneously being swallowed into a black hole. That was the beauty of his art. He was a soulful player. A visceral player. He wasn’t meticulous like Jimmy Page, or baroque like Ritchie Blackmore. His sound was based in the blues, but colored in psychedelics and intergalactic magic.

His set was only five songs in the film, but those tracks made an impression on me. “Voodoo Chile”, “Purple Haze”, “Woodstock Improvisation”, Villanova Junction”, and of course “The Star-Spangled Banner”. I’m not sure what his impression of that set was. I do know he was going on his third day of no sleep, and that he collapsed as he left the stage, but what I saw as a kid was something quite incredible. “The Star-Spangled Banner” especially. I found it interesting that later on in interviews he explained that rendition as more of a “Go America!” moment, not a political statement. But even in the 80s watching that it felt kind of subversive to me. Like, “Whoa. There’s something dangerous about this.” It affected me as a kid with a developing brain and as someone who wanted to play guitar. It was as if the guitar suddenly became a paintbrush, and Hendrix was painting this expressionistic piece on the American experience in the late 60s. Or something. I was moved by his set, to say the least.

Growing up in the 80s as a pre-teen/teen guitar shredder wannabe, Hendrix was sort of looked down upon. These 80s guitar noodlers saw Hendrix as kind of a joke. Sloppy, stoned, and just some hippie in colorful clothes playing his guitar with his teeth. They always chose Jimmy over Jimi. I’d heard this very conversation at a guitar lesson once. My guitar teacher and one of his other students railed on Hendrix as a joke. I didn’t speak up, but I was truly amazed they felt that way. Why couldn’t they see what an innovator Hendrix was? Thankfully the notes-per-second days have passed and Hendrix has been rightfully put back on Mount Rock once again.

I recently began going back and finding live sets of artists. I never dug live albums. They always felt like just this one-dimensional view of an all-encompassing experience. That and so many artists took their live sets and overdubbed parts in the studio and it just seemed cheap. But with Causa Sui’s Live In Copenhagen re-opening my eyes to how great live albums can be I’ve gone back to revisit some. I found Jimi Hendrix’ Live at Woodstock, a three-LP set of his entire Woodstock performance and couldn’t pass it up. Glad I opened the live album door, as this set is pretty amazing. 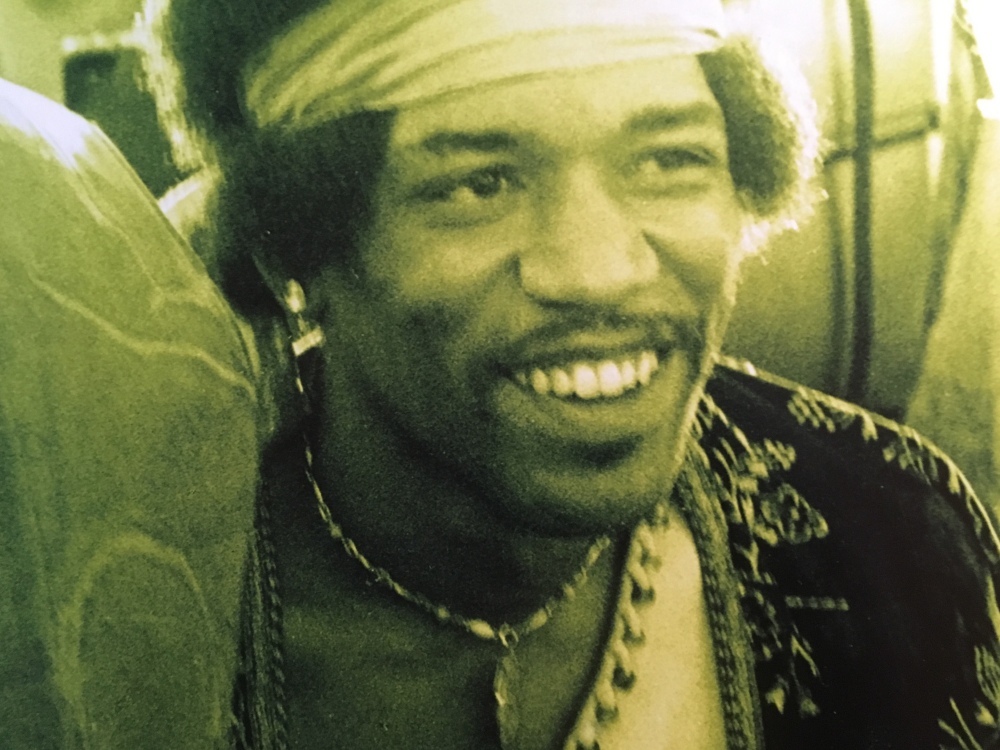 So yeah, you can kind of hear that Hendrix was running on fumes at times. There’s some sloppy moments, but overall this thing burns. “Voodoo Chile” is amazing, as is “Message To Love”, “Hear My Train A Comin'”, and the groove fest of “Spanish Castle Magic”. “Red House” might be the best track in this set. Hendrix seems to find his groove and the band locks into it. Even his voice sounds more Buddy Guy that Jimi Hendrix here. Absolutely killer.

The band Hendrix put together was a great one, though only had about week or two to rehearse. Mitch Mitchell was on drums, but Redding was replaced with Billy Cox. This was a precursor to his Band of Gypsies, which he’d form with Cox and drummer Buddy Miles. Added guitarist Larry Lee and percussionists filled out the Experience sound, giving Hendrix a stronger foundation that I think he needed for this gig.

The album was released in 2010 via the Hendrix Estate, so it was meticulously remastered and is presented in the order it was played in 1969. Dropping the needle on this one I was extremely impressed with the quality of the songs. Sonically speaking this thing kicks ass.

In some ways, this set is hitting me harder now than it did back in the PBS pledge drive days. Having lived some life, played some gigs of my own, and grown into a disheveled but content adult I can appreciate the craftsmanship and work that went into making this set come to life. Also, to think that in just a year and a month from this set Hendrix would be dead gives this set an extra bit of weight to it.

Looking to hear some classic Hendrix in all his hazy glory? I recommend giving this a spin.