Before I get to my top 20 I wanted to mention a few albums, that while they didn’t make my top 50, I did enjoy them quite a bit. With so much music hitting my ears this year, there’s always a handful of great records that I just don’t spend as much time with. Revisiting them at the end of the year I’m reminded of just how good they are and feel like I need to shine a little light on them.

Deadly Avenger : The Girl With The White Orchid

Damon Baxter shifts gears after his Kaiju-themed electro rocka rolla masterstroke I Am Godzilla, You Are Japan with the quiet and reflective The Girl With The White Orchid. As is the case with a couple other amazing artists this year, Damon Baxter barely took time to take a breath between amazing releases, so this Lakeshore Records release almost seemed to swoop in during a lull amidst Deadly Avenger’s frontal lobe meltings of 2018. Along with his collaborator Pete Diggens, Baxter retains a hushed, almost melancholy mood throughout this album. “Love Inside”, “Lie In Wait”, and “Better Tomorow” all carry with them a wistful feel. A much needed reprieve from what came before and what came after this record.

Not familiar? Get acquainted. One of the great electronic sleepers of the year.

I first heard Steve Greene in his electronic/progressive band Voyag3r. To be exact, I was blown away by their record Are You Synthetic?. A mix of heavy synth scores from the 70s and 80s and a progressive lean in the back and forth between tight rhythms, guitar, and synth, the band sounded like a mix of Goblin, John Carpenter, and the Philly prog masters Zombi. I was hooked. 2018 saw the release of Greene’s first solo album, Electronic Dreams For A Holographic Existence. At the time I thought it was an amazing debut, more nuanced and quiet than his Voyag3r work, but still retaining that analog and hardware pulse. Listening to it now I’m really quite blown away by the complexities in its simplicity; meaning there’s a lot of technical prowess here, but the sheer enjoyment of the songs is what sticks out. “Triad of the Dark”, “Gravitationally Bound”, and “The Great Barrier” all carry with them the feeling of finding an old sci-fi paperback and getting lost in the tales within those tattered pages. Greene builds amazing worlds thru an impressive collection of hardware.

Definitely one I will keep digging into well into 2019. 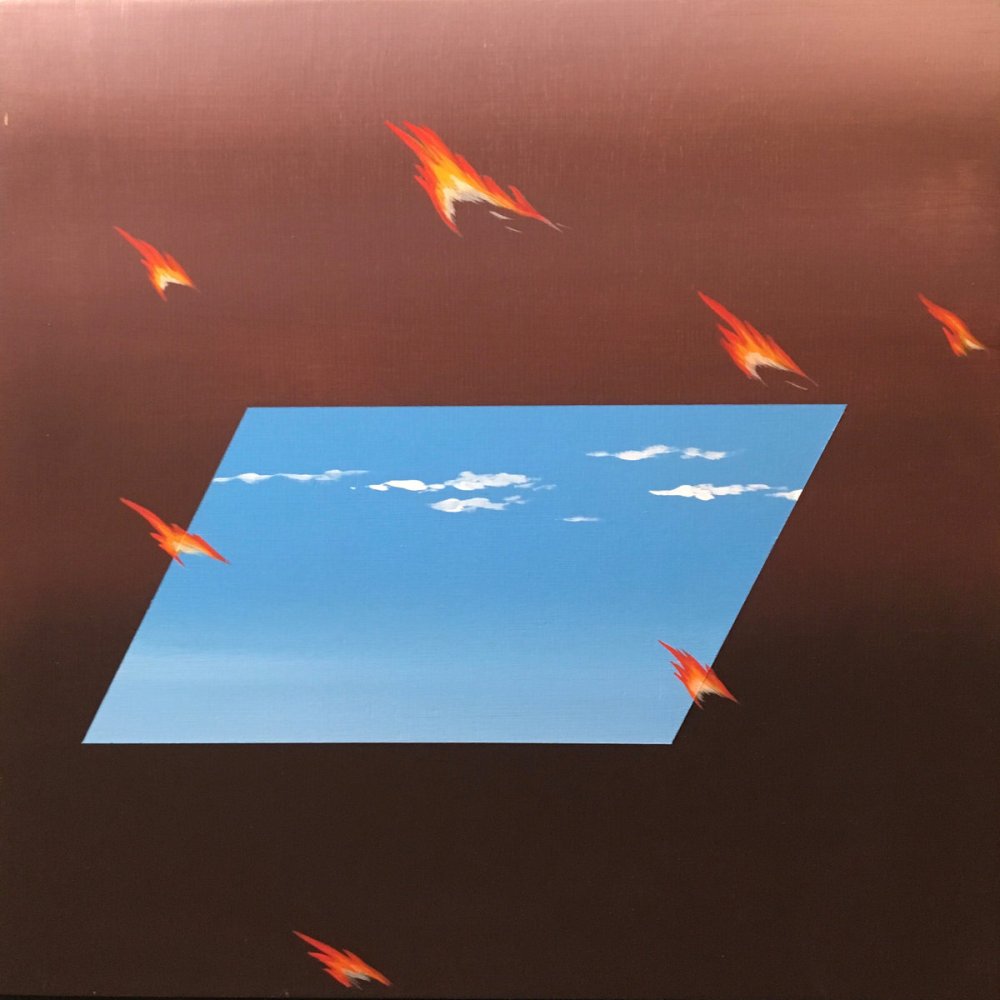 Last year’s Never Enough Time from Michael C Sharp saw the multi-talented musician/composer working magic through looping and meditative repetition. This year he continued that building within repetition with End Times In Babylon, a tape release he made as a score for a book of paintings by artist Conner O’Leary. His dense compositions, which consist of guitar and synths morphing together into an almost palate of sound capture beautifully the obtuse and hypnotic worlds O’Leary creates in his work.

Though it was made as a companion piece for O’Leary’s work, End Times In Babylon stands on its own as a masterful piece of work. 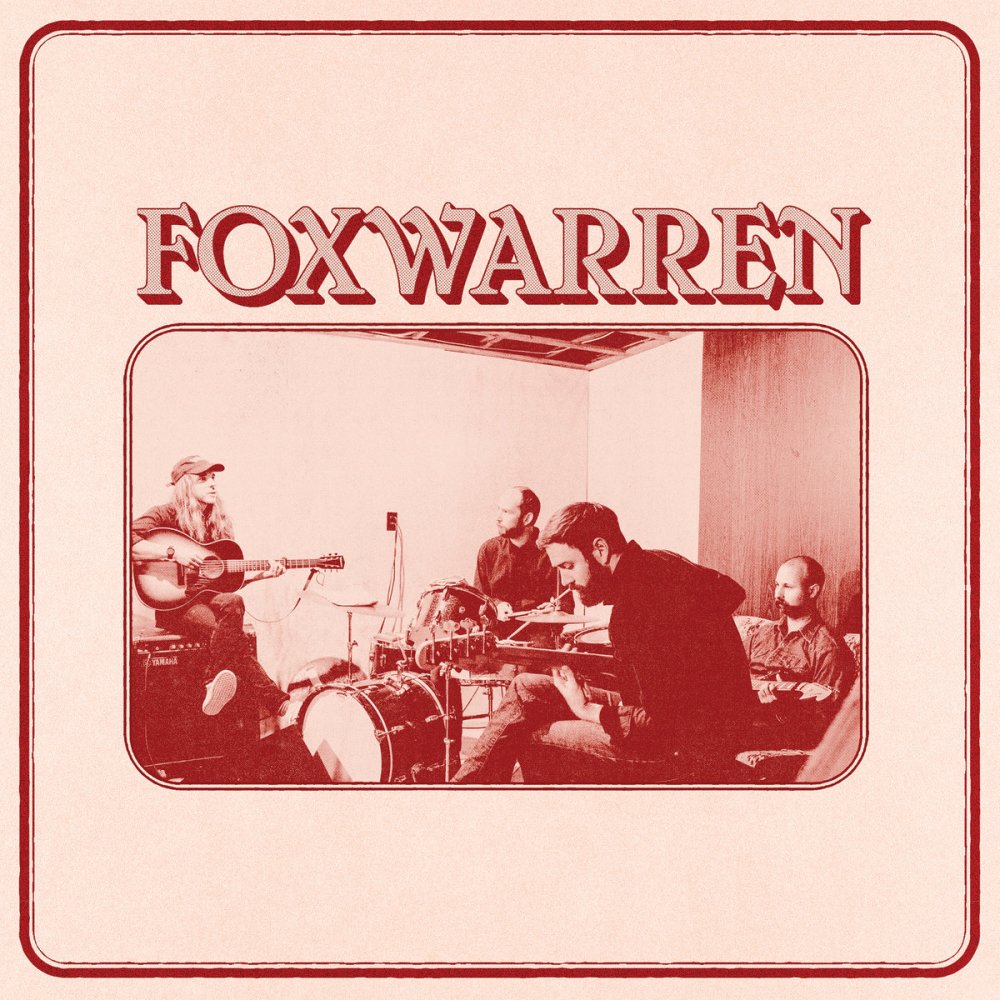 I discovered this album just a couple weeks ago but it’s made a pretty huge impact on me. Andy Shauf pretty much blew me away last year when I found his album The Party. I’d never heard of the guy before that, but his almost child-like vocals mixed with stories about the hapless guy that never gets the girl appealed to me. I was that guy when I was a young lad in middle school. The almost baroque quality of his low key pop, built around his vocals, piano, and acoustic guitar put me in mind of pop from the early 70s like the Raspberries, Eric Carmen, and even Wings; but also had a hint of Sloan, Owsley, and Odds as well. Foxwarren was a band he was in and has been in for over a decade with friends that finally got around to putting out a record. The album does sound a lot like Shauf’s solo record, but has more of a casual, suburbs feel. You can almost see the four-piece sitting around a cabin somewhere in the Canadian wilderness strumming acoustic guitars and letting the surroundings soak into their sound. “Lost In The River” might be one of my favorite songs of the year. It’s dreamy, melancholy sway I can’t seem to get enough of. These guys like to dabble in mildly psychedelic tones; think White Album performed by Dr. Dog and then ran thru an echoplex that’s on its last leg. Perfectly shambled and tousled.

One thought on “Honorable Mentions”