When Edgar Froese passed away back in early 2015 it seemed that it might be an end to one of the most prolific heavy synth bands to ever step out from the German Krautrock scene of the late 60s. Despite numerous line up changes in their nearly 50 year career, Froese was always a constant. Tangerine Dream was more than a band. They were a fucking institution of heady, intellectual tones. Deep space flights of existential musical fancy. With Froese breaking through to the other side it was hard to say what would become of Tangerine Dream. Fortunately for us and generations to come Edgar Froese had some incredibly solid musicians in TD at the time of his passing. Thorsten Quaeschning, Ulrich Schnauss, and Hoshiko Yamane had all been in Tangerine since 2005, 2014, and 2011 respectively and had become a tight knit musical unit. They recently released the excellent Quantum Gate as Tangerine Dream and it keeps the spirit of the Komische king alive and well. 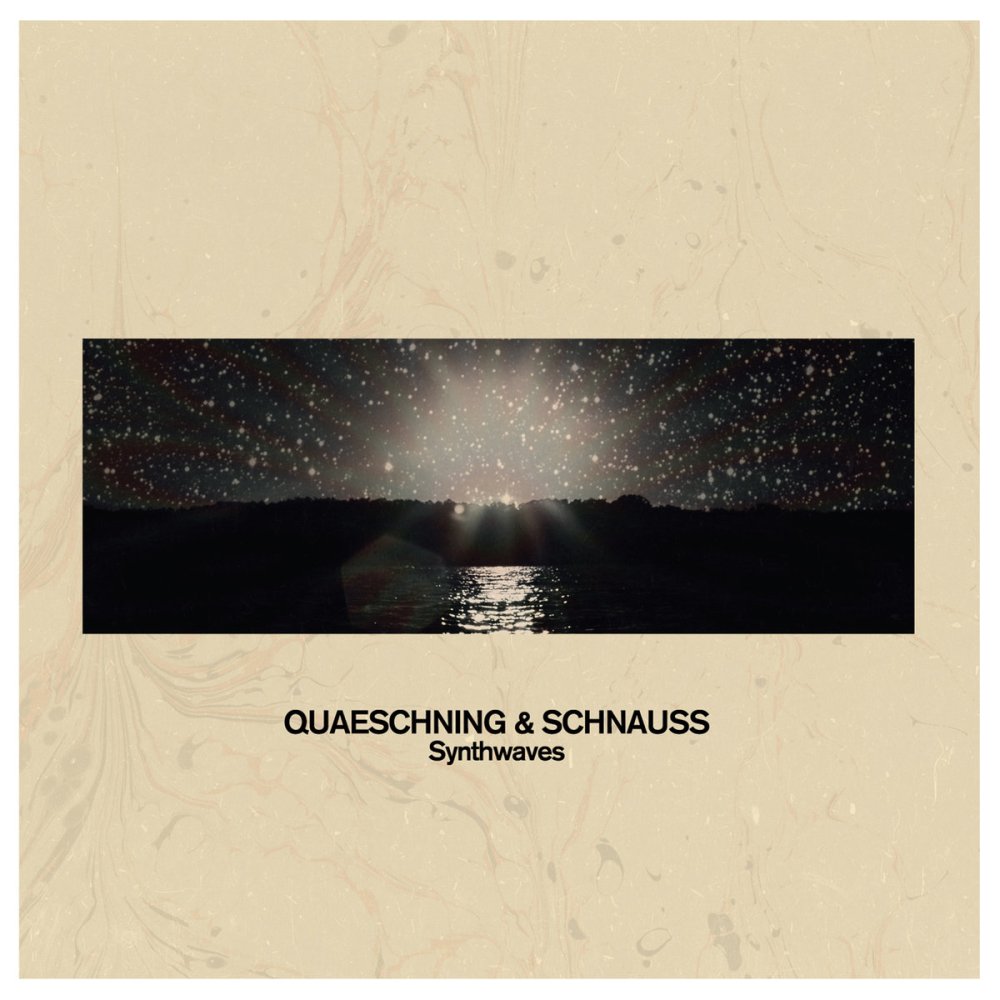 So while they weren’t working on Tangerine Dream material, Thorsten and Ulrich got together and began writing music. Quaeschning had plenty of studio experience prior to Tangerine Dream, producing and working in other musical projects. He was also pretty adept at synths, drums, keyboards, and knew his way around a mixing board. Schnauss has had a pretty prolific career as a solo artist putting out some of my favorite electronic albums in the last 15 years. The idea that these two would come together for some heady analog goodness was something I was pretty excited about. Back in the summer these synth jam sessions came to fruition in the form of the album Synthwaves, released by one of my new favorite record labels Azure Vista Records. The record was everything I’d hoped it would be and so much more.

This record hit my ears back in the heat of late June and early July. The album was a soundtrack to solar meditation in the wooded hills of Brown County. As I sat on the porch of a rented cabin I let “Main Theme” overtake my psyche. There was a mix of melancholic nostalgia and new age sublimity as this opening synth salvo filled my head. Even right now it’s hard for me to describe the emotional heaviness of this track to me. Imagine jumping in a time machine and watching points of your childhood float by you. This track is a time machine for me. The 70s and 80s collide into a very bizarre 2017. “Main Theme” offers a contemplative moment to take it all in.

“Slow Life” pulls you from the drama of the day and into a bubble of serenity. The trickling of analog blips and beeps like synthetic rain drop into your ears to take away all the noise and buzz. This one really reminded me of 80s TD, btw. Very much in the vein of Three O’Clock High and Risky Business.

“Cats & Dogs” has a dreamy vibe to it. Well, most of these tracks have a dreamy quality about them but this one is extra dreamy. Like a dream within a dream kind of dream. Am I awake or am I still dreaming? I don’t know, but this music good. If I am still dreaming I don’t want to wake up.

Listening to Synthwaves I can’t help but imagine how incredible those two weeks in Berlin were. Quaeschning and Schnauss holed up in a Berlin recording studio with nothing but vintage analog gear and many pots of coffee. Exploring sonic worlds with circuits, wires, and their imagination. I guess I’m just one that romanticizes the creative process. I love the idea of a space of total creativity sparked by the bouncing of musical ideas, caffeine, nicotine, and maybe even mind-expanding ingredients like a great burrito or smoked cheese tray(what can I say, food inspires me.) You get the feeling from listening to this record that these two were wholly inspired to make great art. And they did.

There really are no skipping points on this album. “Thirst” feels like traveling through some space/time void to the next dimension, while “Flare” is all dark moods and mysterious contemplation. It sounds like a Berlin School version of The X-Files theme music. “Prism” feels like a proper end to an album. It’s big and epic but refrains from laying on too much chutzpah.

Synthwaves is the gold standard when it comes to making a vintage-sounding, classic heavy synth record. This album feels aged and well worn in, but it doesn’t come across as a derivative of something else. It sits as a unique piece of musical art. It’s something you can put on in the background while chopping carrots and scallions for a stew, or you can put on some Koss cans, plop down on the couch with a high ABV stout, and get completely lost in Quaeschning and Schnauss’ Synthwaves. If you’re a fan of Tangerine Dream or solo Schnauss you should already have this and you should be spinning it often. Very often, like me.

If you don’t have it, what are you waiting for?