There’s a few things that always make me feel better when I’m under the weather; watching horror movies, Chinese food, raspberry jello, and new records. I’ve covered all of them over the course of this two week stint at the Hotel Covid. Today is a special day for new records, as last night my good friend John who runs Karma Records of Warsaw, dropped off a couple LPs I had at the store. He also dropped off two bottles of Sprite for my wife as her stomach was a bit sour. You see, that’s the kind of guy John at Karma is. He’s a good dude. One of the true blue saints of vinyl and brick and mortars. Thanks John.

One of those LPs he dropped off for me has been a holy grail record for ten years now. Trent Reznor and Atticus Ross’ score for The Social Network. It has to be one of my most listened to soundtracks, and albums in general. 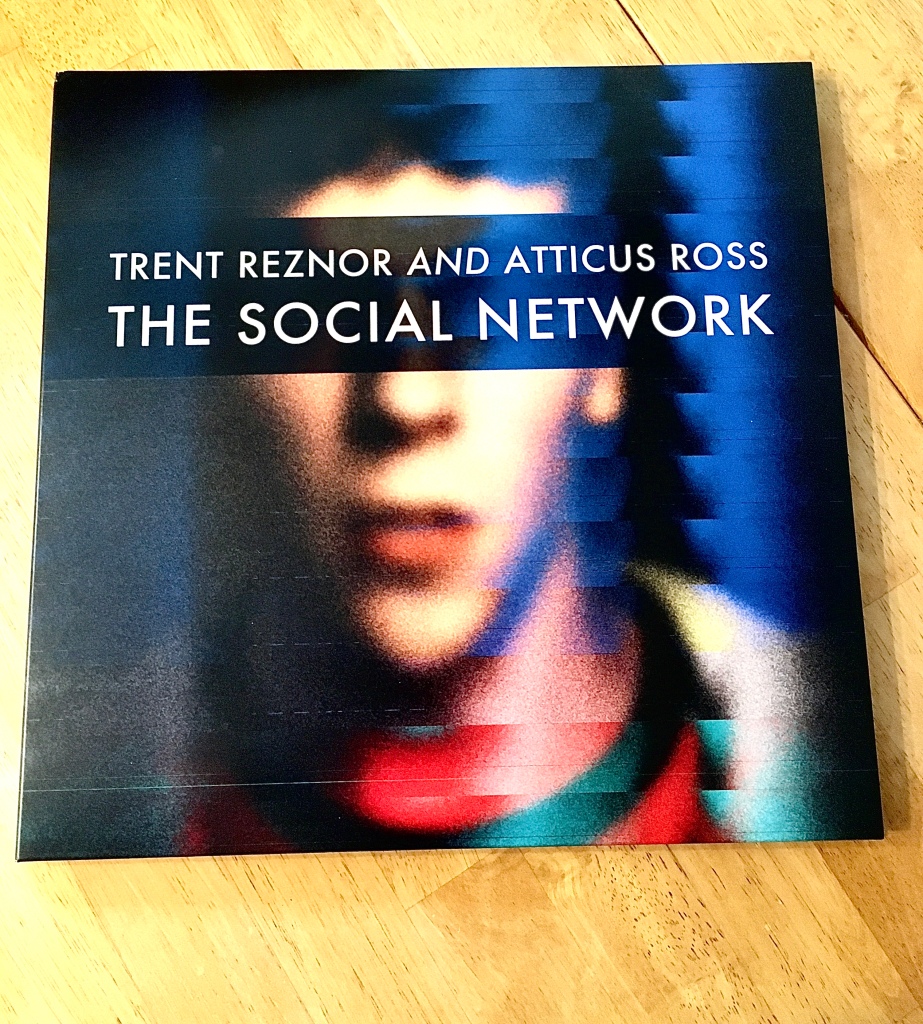 I was a late bloomer to Reznor. I didn’t really pay much attention to NIN until The Fragile came out. That was the first NIN album I bought and listened to a lot. Once With Teeth hit in 2005 I was all in with Trent Reznor. Every album from there on I bought and loved, with Year Zero being a personal favorite. Then when he released Ghosts I-IV I felt Trent Reznor hit some kind of artistic transcendence. The Fragile hinted at a cinematic scope, but Ghosts I-IV was going all in. Within two years time of that release Trent Reznor and his partner in crime Atticus Ross had stepped into the realm of film scoring with director David Fincher. It was the beginning of what has become a fruitful artistic and creative partnership between both Reznor and Ross and Reznor, Ross, and Fincher. 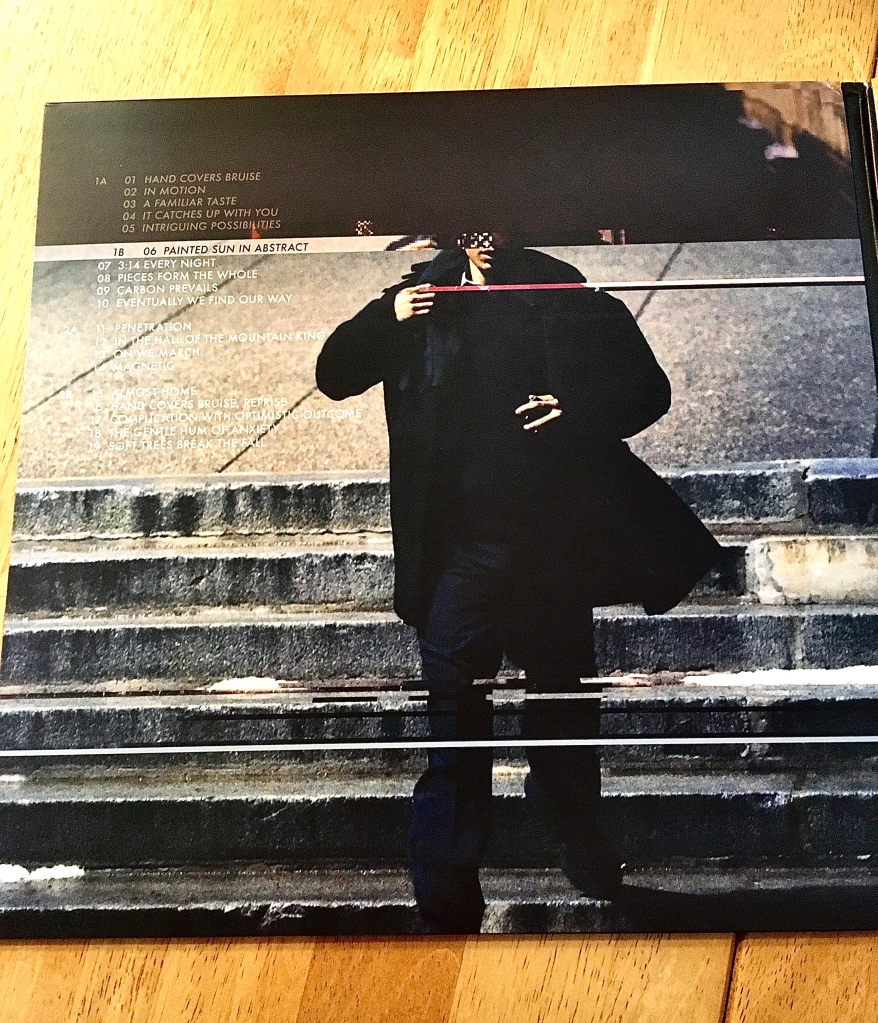 If I had to pick my favorite Reznor/Ross S/T I would probably say Gone Girl every time. That soundtrack was like if Kraftwerk and Bernard Herrmann morphed for a one-off. It was subtle and dark, and not nearly as dense as their work on The Girl With The Dragon Tattoo. You could curl up into Gone Girl and feel deceptively comfortable in its sonic world. It was peaceful, but with the promise of danger around every corner. 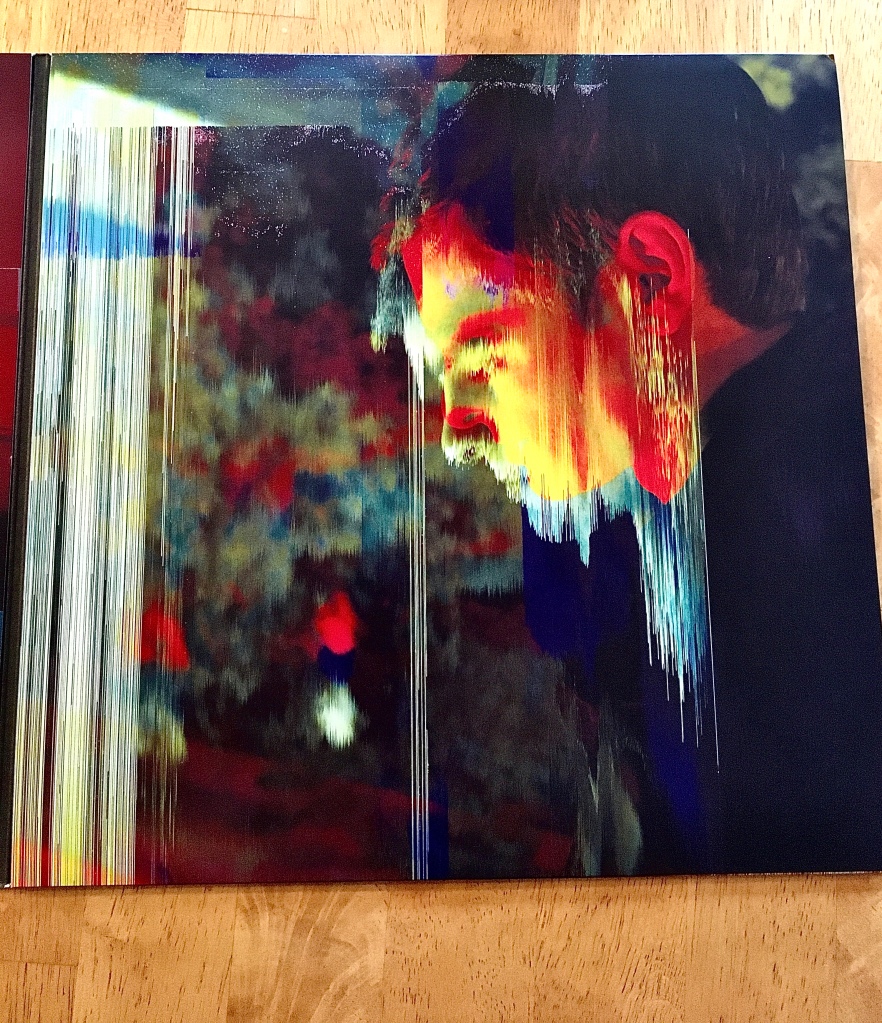 Having said that, The Social Network is such a brilliant first run for two relatively new film score composers. Its sound is still very much locked into NIN, but the gorgeous refrain of “Hand Covers Bruise” is a fragile, intimate piece to bring us into both the cinematic world of Fincher’s film and the new sonic realm of Reznor and Ross. There’s plenty of the subtle pieces, such as “The Gentle Hum of Anxiety” and “Penetration”, as well as the more electro pop sounds of pieces like “In Motion”, “Carbon Prevails”, and “Painted Sun In Abstract”. 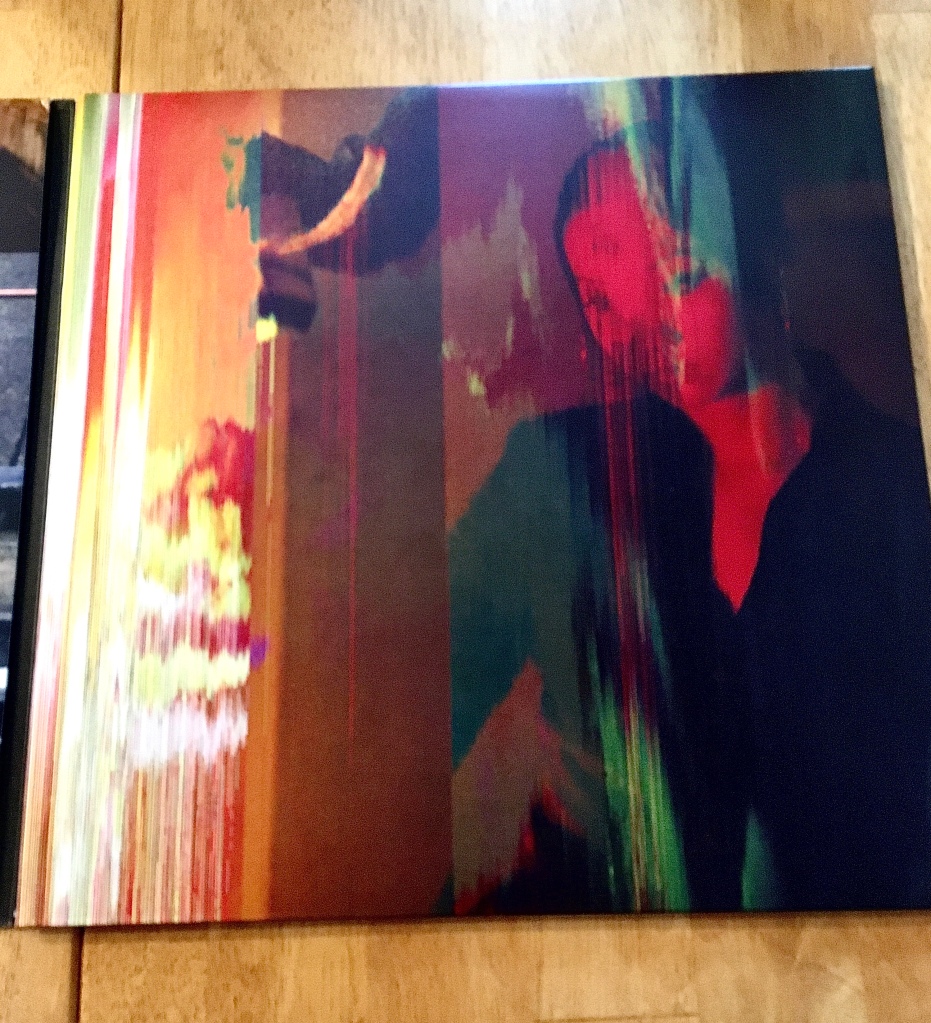 Of all the Reznor/Ross scores this one is the one that I can play pretty much anytime. It feels more like an ambient NIN record than a film score, which works perfectly for the film. There are more score-like soundtracks from these two, like Gone Girl, Patriot’s Day, Bird Box, and Waves. In some ways The Social Network is sort of the outlier in the Reznor/Ross canon. It was their foot in the door of the film score world. 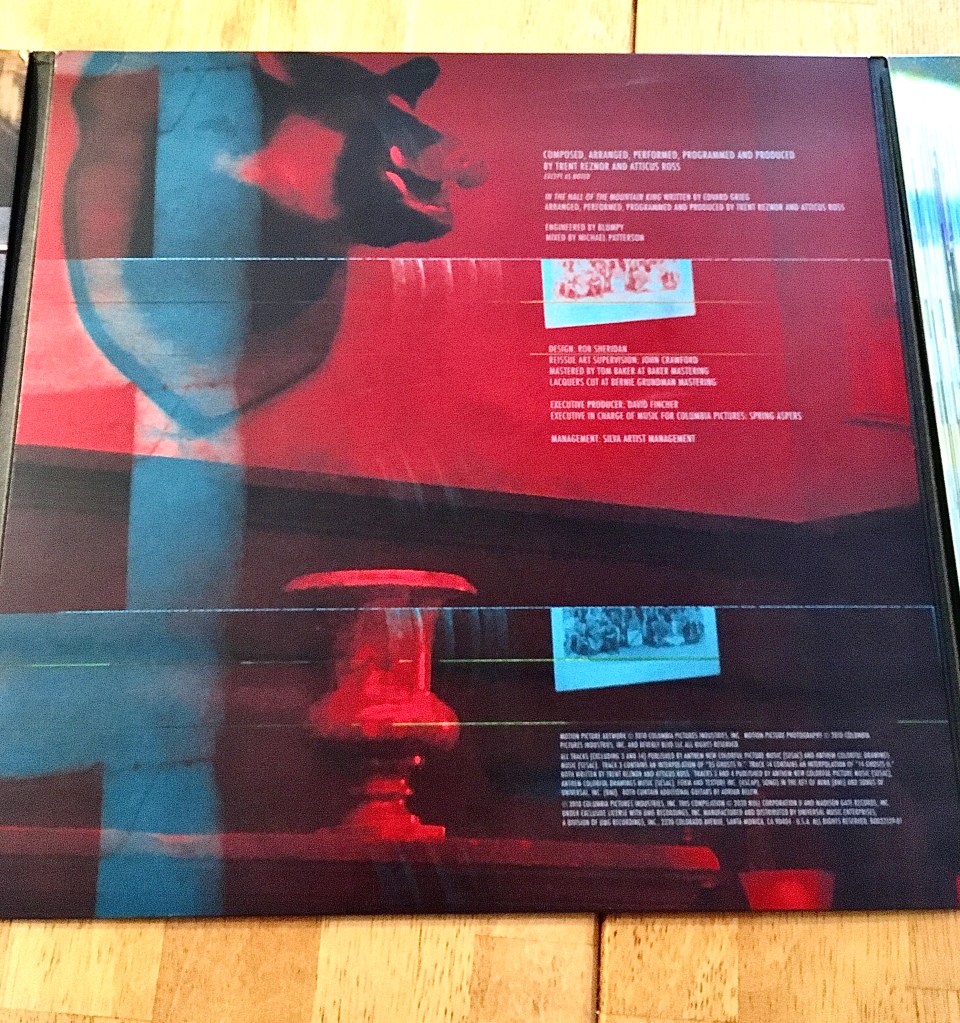 After years of waiting this amazing soundtrack was finally reissued via Reznor’s The Null Corporation, as are many of the NIN albums. I’m very thankful I waited for this, as opposed to buying one of those overpriced OG pressings that I’d heard nothing but bad things about. This reissue sounds absolutely stunning. I’ve listened to it three or four times just this morning. 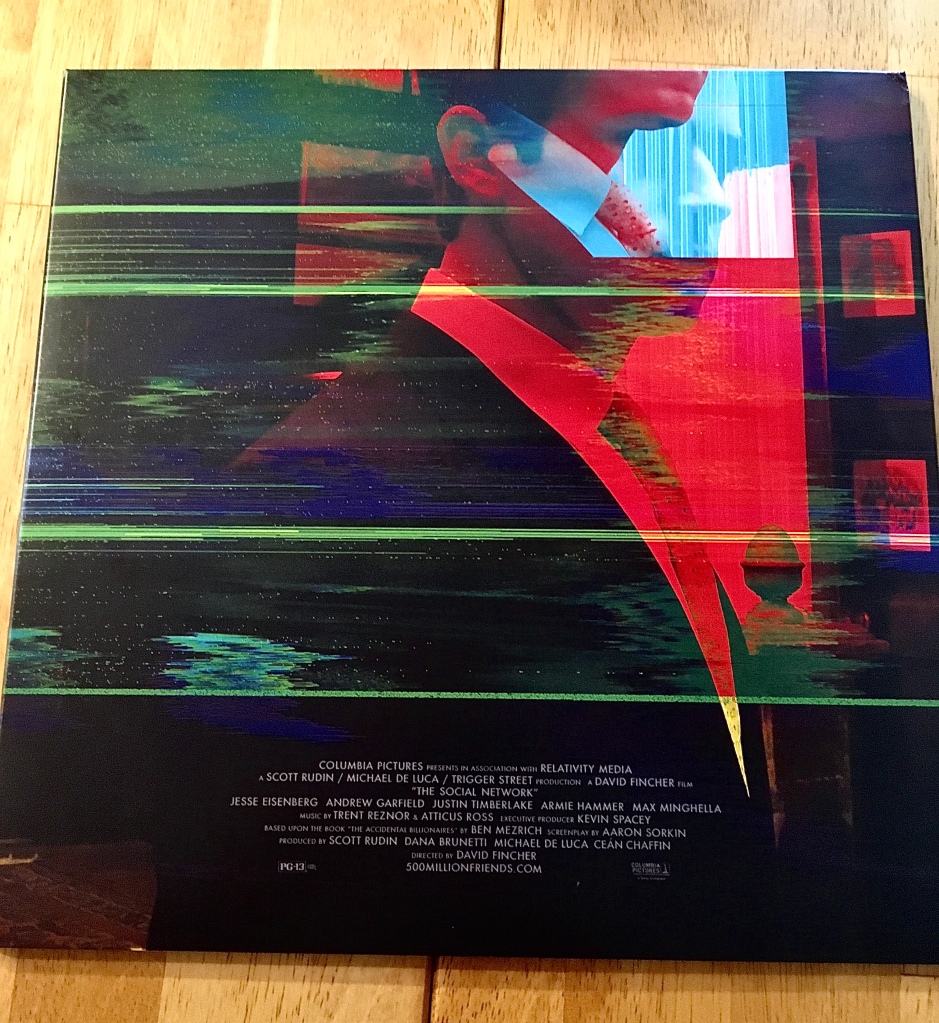 I’m really excited to hear what Reznor and Ross do for David Fincher’s new film, Mank. It drops on 12/4, so I’ll be hitting it up that day. I’m also interested in hearing their score for Pixar’s Soul. Until then, though, I’ll keep spinning The Social Network.

5 thoughts on “The Gentle Hum Of Anxiety : Trent Reznor and Atticus Ross’ ‘The Social Network’ S/T”